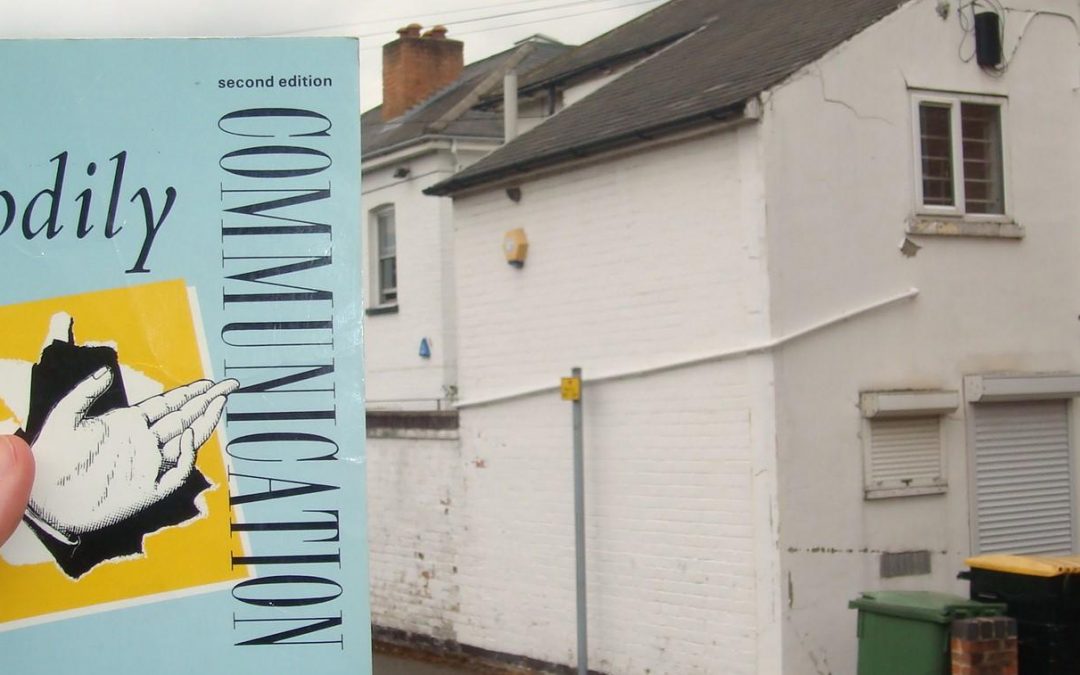 Both of Michael Argyle’s parents – father George, a schoolmaster, and mother Phyllis – died when he was eleven years old. He was schooled at Nottingham High School for Boys and, by his own account, it was here that his interest in psychology began. Argyle had been concerned about a fellow pupil, a friend who suffered from shyness and a poor ability to interact with others, and he believed that the boy could be helped if only he could learn and develop “social skills”.

After leaving the Boys’ High School Argyle went to the University of Cambridge, initially reading mathematics, but the Second World War changed his plans. He served in the RAF, training as a navigator, then working as a fireman during the Blitz, after which he completed an RAF science course, obtained a first-class degree in experimental psychology. As an undergraduate, he married Sonia – the daughter of Marshall Dennis Kemp of Nottingham – and they had four children.

In 1952 Argyle became the first lecturer in social psychology at the University of Oxford, and stayed there until his retirement. His research into nonverbal communication opened up a whole new line of inquiry, transforming our understanding of interpersonal communication. His great skill was his ability to present complicated research in easily read prose.

The Psychology of Interpersonal Behaviour (1967, Penguin) became the best-selling psychology paperback which, together with Bodily Communication (1975, Methuen), established Argyle as a leading authority on the subject of nonverbal behaviour. He successfully put forward the hypothesis that spoken language is normally used for communicating information whereas nonverbal codes are typically used to express attitudes. He also established that there are many nonverbal aspects of behaviour (such as gaze, posture, proximity, facial expressions) that are more important than the words used when communicating with others. Of the two channels (verbal and nonverbal) Argyle suggested that nonverbal communication was 12.5x more powerful than the actual words spoken (in terms of conveying attitudes).

Believing the psychology of happiness to be under-researched – psychologists were spending more time researching depression – Argyle also decided to focus on the most positive aspects of human existence, asking what makes us happy, the subject of his 1987 book The Psychology of Happiness. His findings revealed that happiness is promoted by interpersonal relationships, and by sex, eating, exercise, music, and success, but not so much by wealth. He also wrote that happiness did not increase by removing causes of unhappiness, rather it required engaging in shared activities. Argyle himself allotted time in his daily schedule for writing and reading, research and teaching, as well as time for family, friends and fun. He later concluded that a happy marriage was the biggest single source of happiness, with dance and religion (for its mingling with the like-minded as much as anything else) on the good list. Contentment, however, was best achieved through a fulfilling job pitched at a realistic level, together with the pursuance of an all-absorbing hobby, ‘serious leisure’ such as reading, music, travel or art (or even housework), as long as you can become absorbed in it, as he described in The Social Psychology of Leisure. Watching television didn’t promote happiness but Argyle found that people who watched soap operas were (on average) happier than the rest of the population (most of this research was conducted before EastEnders hit our screens).

Much of Argyle’s work has been of scientific and practical importance, and he created training programmes for the workplace and everyday life. One of his programmes provided social skills training for psychiatric patients unable to cope with interpersonal relationships. And it all started with an idea from his Nottingham schooldays, when he thought that social skills were not only important but that they can be learned.

Michael Argyle was awarded honorary doctorates from several universities, including Oxford (1979), Adelaide (1982), and Brussels (1982), as well as many other awards. In 2002 Professor Argyle died in Nottingham, aged 77, following a swimming accident from which he never recovered; leaving behind many theories on the human condition that have made a positive impact on people’s lives.