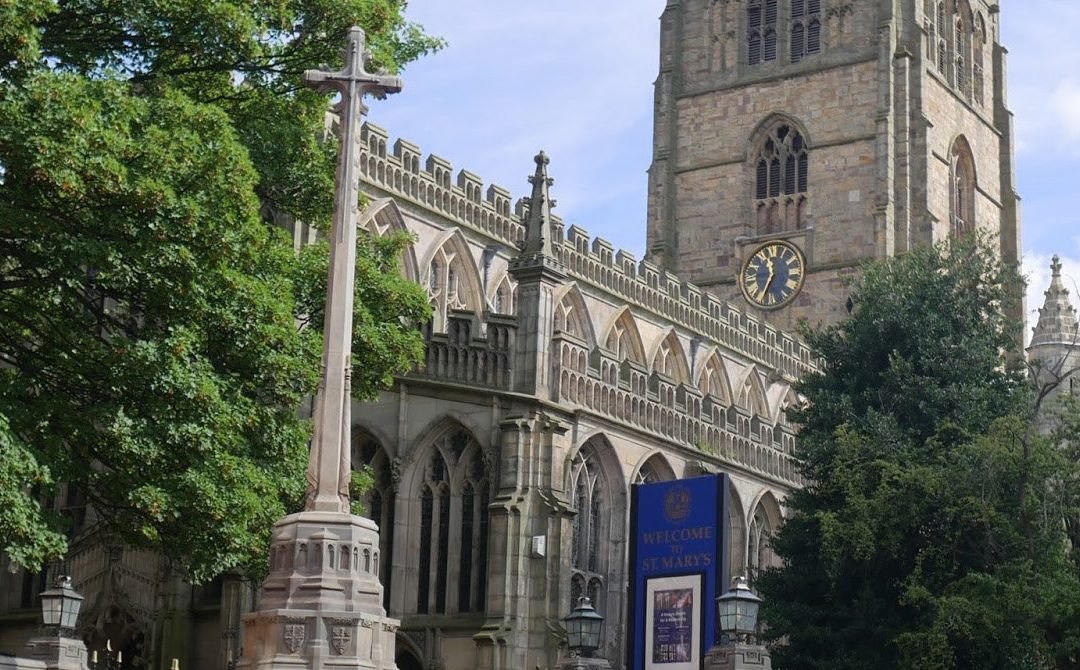 The Church of St Mary the Virgin in Nottingham’s Lace Market, our largest medieval building, has many a tale to tell.

The poet and writer Lucy Joynes was baptised at St Mary’s in 1782. Published in several books Joynes poems were often religious in nature and child friendly. She also recorded in verse many notable Nottingham events. The chart referred to in her 1844 book, Original Rhymes Accompanying An Historical Chart Of The Borough Of Nottingham, can be viewed at Bromley House Library.

Predominantly a children’s writer, Jane Jerram wrote under two names, her birth name Jane Elizabeth Holmes and Mrs Jerram. She was married at St Mary’s in 1836. Under the wing of the Nottingham writer Mary Howitt, Jerram wrote in the easiest language she could command “so that a child of three years old can understand it,” as she wrote in her introduction to her 1937 book The Child’s Own Story Book; Or, Tales and Dialogues for the Nursery.

Abigail Gawthern was buried in the grounds of St Mary’s in 1822. The celebrated diarist left a fascinating record of Nottingham’s cultural and social life in Georgian times.

It was Dame Agnes Mellers that established a Free School here in the parish of St Mary’s in 1513, partly as an act of atonement for her husband’s wrongdoings against the people of Nottingham. King Henry VIII sealed the foundation. The school later became the Nottingham Boys’ High School which, after more than 500 years of teaching boys, is now the co-educational Nottingham High School.

Robin Hood was said to have been arrested in St Mary’s having accessed the building through a tunnel from the law courts.

In the ballad Robin Hood and the Monk, written in about 1450, Robin attends mass at St Mary’s.

St Mary’s pioneered Sunday School education for children unable to attend day school. In addition to gaining religious understanding, pupils were taught to read and write. Record has it that Sunday Schools were founded in 1786 by Gloucester’s Robert Raikes but Nottingham’s St Mary’s had opened a Sunday School as early as 1751.

According to Wikipedia the church mentioned in chapter 15 of D H Lawrence’s Sons and Lovers is St Mary’s but I suspect this is the nearby church on High Pavement, now the Pitcher and Piano.