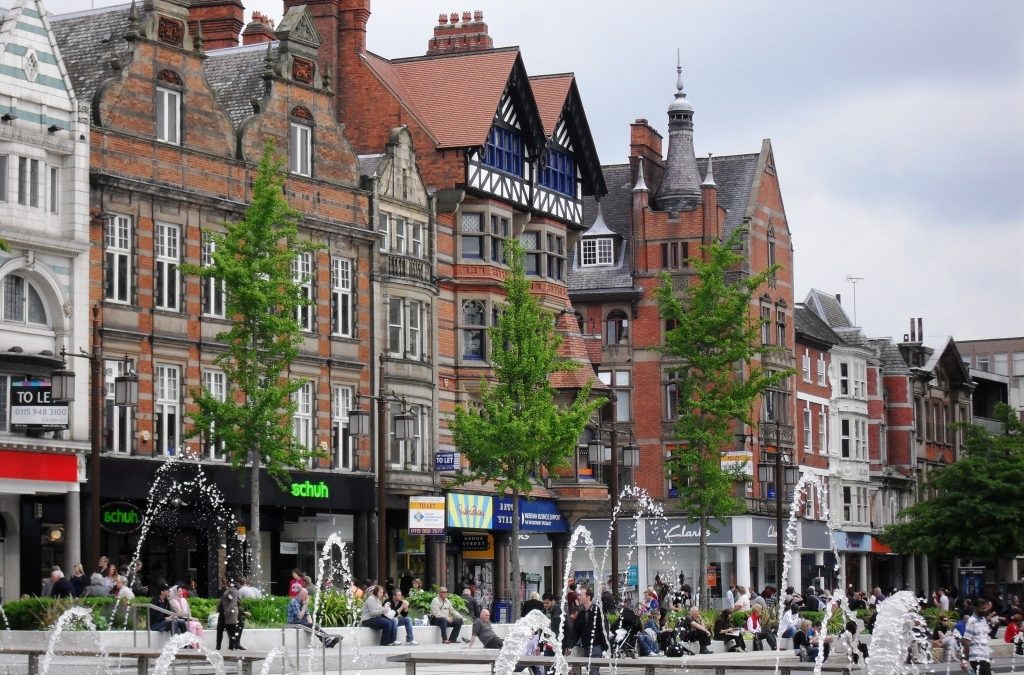 Qualified (or not as the case may be) as a medical doctor, the prolific poet Erasmus Darwin took up a medical practice in Nottingham, lodging with the upholsterer Mrs Burden on Long Row. Erasmus’ first patient was a shoemaker who had been stabbed in the gut by another shoemaker. The prescribed treatment was unable to keep the victim alive. In fact, there are no records of Erasmus having any ‘surviving patients’ in the two months he had been living in Long Row. And as the dead don’t pay, or recommend you to any new clients, Erasmus had to leave Nottingham and try his luck in Lichfield.

Ten years later, Josiah Wedgwood gave a bag of excavated bones to Erasmus. These bones, of a large extinct creature, fascinated the doctor and helped cement his theory of common descent, a belief that all life descended from one microscopic ancestor. In his publication Zoonomia Erasmus notes that mutations are often inherited and that lust, hunger and security are the controlling forces of change, stating that the “strongest and most active animal should propagate the species, which should thence become improved”. By the time of his last poem The Temple of Nature, he had expressed a vivid picture of life’s struggle for existence and offered the view that life developed over millions of ages, from microscopic specks arising spontaneously in primeval seas, through fishes and amphibians, to land animals and humankind. In essence it was the Notts born Erasmus that came up with the theory of evolution his grandson Charles Darwin would publish 65 years later.

Charles had been reluctant to align himself with Erasmus’ views, to try to avoid the same derision his grandfather had faced. Bishop Wilberforce joined the dots, accusing Charles of reviving the ideas of his “ingenious grandsire” but most of the credit was, as it remains, with Charles, who eventually relented and wrote a biography of Erasmus. Unfortunately, the most provocative 16% of the book was removed by Charles’s daughter Henrietta, with his permission. Amongst the missing text was Charles’s praise for Erasmus’s “great originality of thought” and “uncommon powers of observation”.

Erasmus’ poetry influenced the work of Blake, Wordsworth, Coleridge and Shelley but it was as a man of ideas that he was a genius. He was the first to explain how clouds are formed and to describe the process of photosynthesis in plants. He also proposed a big-bang-like origin of the universe and a black-hole-like end for Earth.

There will be a short talk on Erasmus Darwin as part of Nottingham Festival of Science and Curiosity on Sunday 17th Feb.

Lord Byron’s coffin and urn were viewed by thousands of people in the Blackmoors (Blackmore’s) Head Inn at the bottom of Pelham Street. At 11 o’clock on Friday, July 16th, the funeral procession moved along the mourner-lined Long Row before turning up Market Street and making its way up Mansfield Road and on to Hucknall.

Just off Long Row is an alleyway called Swann’s Yard. The writer and poet Thomas Miller once had a shop here. Miller had left school at the age of nine and moved to Nottingham in 1831 and set up his own basket-making business. A year later he published Songs of the Sea Nymphs. Miller wrote poems (often about nature), children’s books, penny dreadfuls and several novels, including Fair Rosamund. Often monetarily challenged he once unsuccessfully appealed to Charles Dickens for financial assistance.

The day is past, the sun is set,

And the white stars are in the sky;

While the long grass with dew is wet,

And through the air the bats now fly.

From the poem Evening by Thomas Miller

It was in 1927 that the Nottingham Writers’ Club was founded at a meeting at the Black Boy Hotel in Long Row. The grand hotel has been replaced by what’s now a less grand Primark but the writers’ club is still going strong. Among the founding members was the published writer Arthur E. Ashley, who wrote under the pen name Francis Vivian, author of the Brother Ignatius and Inspector Knollis series’. Its well-known former members include Alan Sillitoe (born a year after the club opened) and Helen Cresswell.

Five Leaves bookshop opened here in Swann’s Yard (or 14A Long Row) in 2013. Five Leaves is a hive of literary activity hosting events throughout the year, including their own festival. The radical bookshop was a regional finalist for the British Book Awards, Independent Bookshop of the Year in 2016 and 2017, and 2018 it won the national final, making it the Independent Bookshop of the Year.

At 14 Long Row is The Works and, for good measure, the Tourism Centre is close by, selling a nice selection of local interest reads.