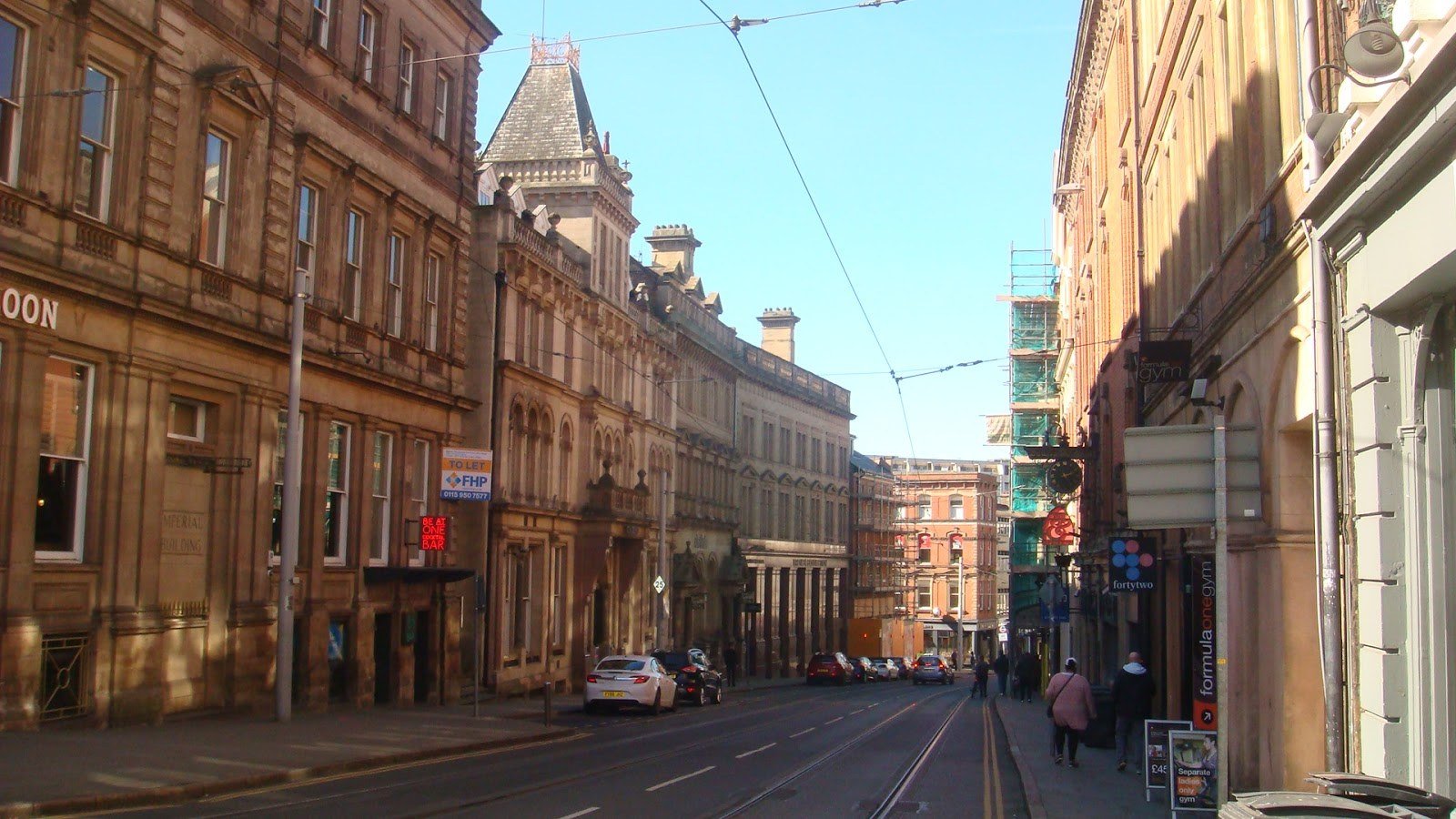 The Sette of Odde Volumes (est. 1878), founded by the German-born British bookseller and collector Bernard Quaritch, was a dining club for bibliophiles. This London club could count among its members many of the late 19th Century and early 20th Century’s literati, including Oscar Wilde, George Bernard Shaw and Bram Stoker. Their gatherings would include readings from the members and their guests.

Nottingham had its own branch, known as the Nottingham Sette of Odde Volumes. This Nottingham literary society met fortnightly on Victoria Street to discuss and read literature. By this time J.M. Barrie, the creator of Peter Pan, was in Nottingham (1883) and the club soon attracted him as a member. Barrie had been working in nearby Pelham Street at that time for the Nottingham Journal. Later in life he was said to have been moved when made an honorary member of the group.

The Nottingham Sette of Odde Volumes was co-founded by John Potter Briscoe (b. 1848). A former sub-librarian in Bolton, Potter-Briscoe was appointed as the Chief Librarian of the Nottingham Municipal Libraries in 1869, a role he undertook for 45 years, a longer period than any other officer in the service. An original member of the Library Association, Briscoe was a leading figure in the development of professional librarianship. He extended Nottingham’s services to provide books especially for children, giving birth to the Nottingham Library for Boys and Girls. The year before he took the role, 70,512 volumes had been issued. The year he left, the number had risen to 489,398 volumes. On leaving his Chief Librarian role he was made Consulting City Librarian, his son getting his old job. Briscoe authored many books, mostly of local interest, such as Nottinghamshire and Derbyshire Notes and Queries, Stories about the Midlands and Bypaths of Nottinghamshire History.

In the middle of Victoria Street is the former office building for the Imperial Fire & Life Insurance Co. which became the Reform Club in 1913, a place where Nottingham’s new wealthy middle classes would meet up. Sir Jesse Boot was one of their members. By the 1960s it had become the Victoria Club, at that time it was one of the country’s finest private members’ clubs.

Opposite here is Massers. Back in 1900 John Drinkwater worked in this building on the staff of the Northern Assurance Co. As a young, cash-strapped office worker Drinkwater used to buy rotten fruit from the Market Place to bulk up his lunch. During his time here the poet and playwright became involved in Nottingham’s amateur theatre scene, making an appearance in a performance at the nearby Mechanics.