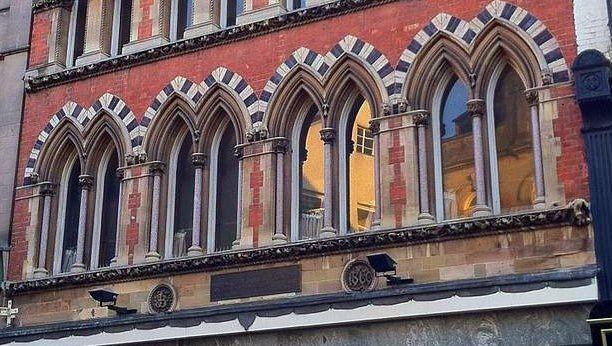 In 1883 a young James Matthew Barrie cut his literary teeth in Nottingham. His sister Jane had passed him an advert she’d spotted in The Scotsman, for a lead-writer on the Nottingham Journal. Barrie applied, sending one of his old university essays as an example of his style of writing. It worked and he was offered the post.

In his articles for Nottingham’s daily newspaper J M Barrie would “enter the mind of another for the space of a column, adopt the standpoint least expected by the reader, then proceed to inject into the affair as much cynicism and laconic humour as his spirits could muster,” according to Birkin (1979).

Barrie was sacked in 1884 as they couldn’t afford his wages of three pounds a week. By the end of the year he was back in his hometown Kirriermuir, and jobless. But Nottingham might have helped provide the playwright with some inspiration for his most famous story, that of Peter Pan.

Peter Pan didn’t appear until 1902 in The Little White Bird, a novel Barrie had written for adults, but he is likely to have been living in Barrie’s mind since childhood (and therefore throughout his time in Nottingham). Barrie was known to have constantly updated the story and it is suggested that an early development came after the writer witnessed a street urchin wandering through Clifton Grove. One of Barrie’s typically cynical articles for the Nottingham Journal, entitled ‘Pretty Boys’, was on the subject of ‘boys’, and there is much of the Arboretum about Neverland.

However, the main inspiration for a boy for whom death would be “an awfully big adventure” is likely to be traced back to the passing of his older brother who died in a skating accident, aged just 13. Barrie later said that his mother had taken some comfort from the thought that her golden boy would never grow up.

Still, if I do imagine Peter Pan as a grown up I bring to mind Robin Hood. Picture their clothing: in the original stage productions Peter would wear auburns, tans, browns and cobwebs – not unlike the attire Barrie would have expected Robin to have worn.

In making Peter Pan (and Robin Hood) more child-friendly Disney had them both adopt a similar look.