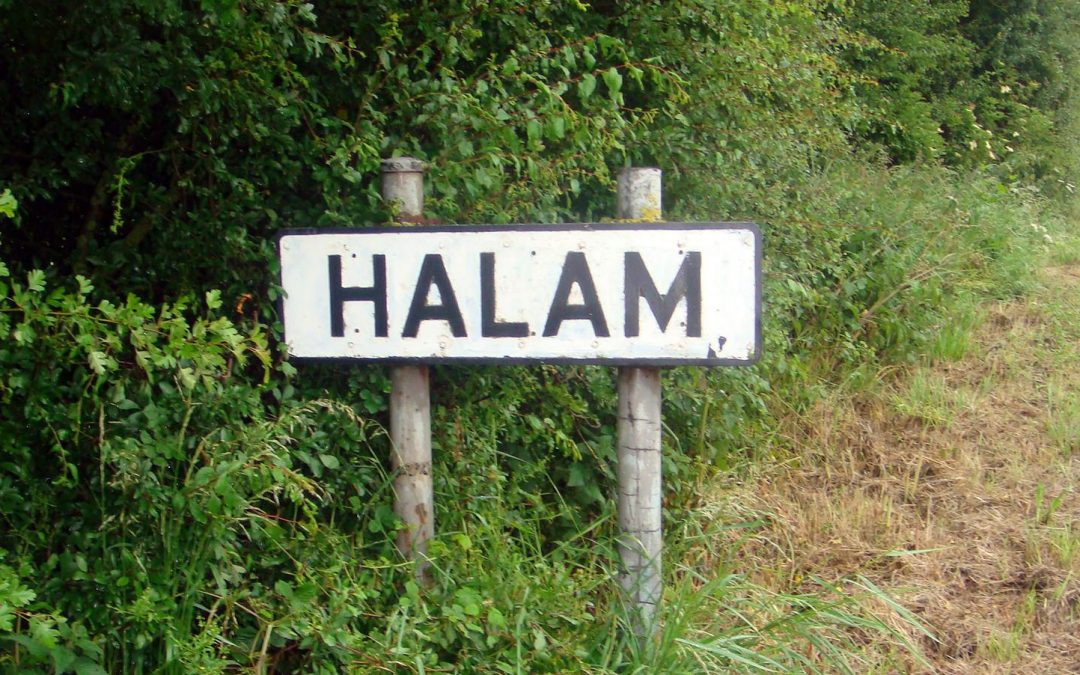 Legend has it that Halam’s church was built in the 11th/12th century with stone intended for Southwell Minster which was being built at the time. Apparently, the carts would come to rest at the foot of a steep hill near Halam, allowing the carters a chance to refresh at the inn. Seizing their chance, locals would steal stones to use to build their own church. Today, Halam’s inn, the Waggon & Horses, is the first carbon-neutral pub in the UK, and home of the Nottinghamshire Pie, a beef and stilton combo.

But it’s Halam’s literary links that have brought you here, and the village doesn’t disappoint.

A resident of Halam for over 20 years, Stephen Haddelsey has written seven books here. He’s a champion of subjects and individuals that have been overlooked or shunned by history. Stephen highlights stories that deserve to be told. His books include Charles Lever: The Lost Victorian, about the gifted but maligned Anglo-Irish novelist, and Born Adventurer: The Life of Frank Bickerton, who led an extraordinary life of adventure, playing a leading role in one of the key expeditions of the Heroic Age of polar exploration. Stephen describes Halam as a “peaceful farming village, with plenty of very pleasant countryside walks – ideal for thinking and writing.”

Carolyn Kirby spent fifteen happy years living in Halam. Her award-winning debut novel The Conviction of Cora Burns came out this year (No Exit Press, UK – Dzanc Books, USA). The Times picked it out as one of their historical fiction books of the month, and it was called ‘A great historical novel with bite’ by The Sunday Mirror, whilst Barry Forshaw (Crime Time) said it was ‘A book to look out for – I suspect that it will be one of the standout novels for 2019.’

Carolyn was a member of Halam’s reading group and recently returned to speak to them about her novel. She told me, “The visit re-kindled my love for the place and its people. I really felt folded once again in the warmth of their spirit and the beauty of the landscape.”

She will be speaking at the Newark Book Festival on 14th July.

Carolyn recalls a young Robert Macfarlane walking past her house in his High School uniform. Robert lived in Halam until the age of 18 when he left for Cambridge.

The former Halam News editor, Karin Lindley, recalls that Robert’s parents were keen walkers and pursuers of outdoor activity. Beyond rural Notts they would take Robert to Scotland and the Lakes; climbing, swimming and photographing the landscape (Robert’s mother was the photographer). Robert recalls “sighing when Mum said, ‘take the dog for a walk’” but his parents’ love of the outdoors must have had an influence. In fact, Robert’s rural upbringing offered him an “extraordinary childhood” and it’s no surprise that he would go on to explore the fields, moors, rivers and woods of England.

Robert recently said that he was: “aware of walking above stories of space that extended beneath me.” Some of those stories were those of the miners from the nearby mining country. Robert remembers the headworks and the slagheaps, and the damage mining inflicted on its workers. His father, a respiratory physician, treated their illnesses and showed Robert x-rays of their lungs – damage the underworld could do.

Were it not for Halam, and Robert’s schooling in the city of caves, he wouldn’t have been able to write Underland, his latest book, in which he ventures below our feet, exploring the area where we “shelter what is precious… yield what is valuable… dispose of what is harmful.”

Underland poetically describes our underground networks, a living world which charts our past and points to our future. Nature and place have always been at the heart of Robert Macfarlane’s books. His previous works, Mountains of the Mind, The Wild Places, The Old Ways, Landmarks, and The Lost Words (with Jackie Morris), all feature nature and landscape, and our relationship with them.

A Fellow of Emmanuel College by day, Robert continues to combine his adventure with academia, delivering important work, beautifully written.

All hail Halam, a small and inspiring literary location.

Watch Robert Macfarlane’s talk on how culture and literature can be used to strengthen and protect efforts to safeguard cultural and natural heritage.