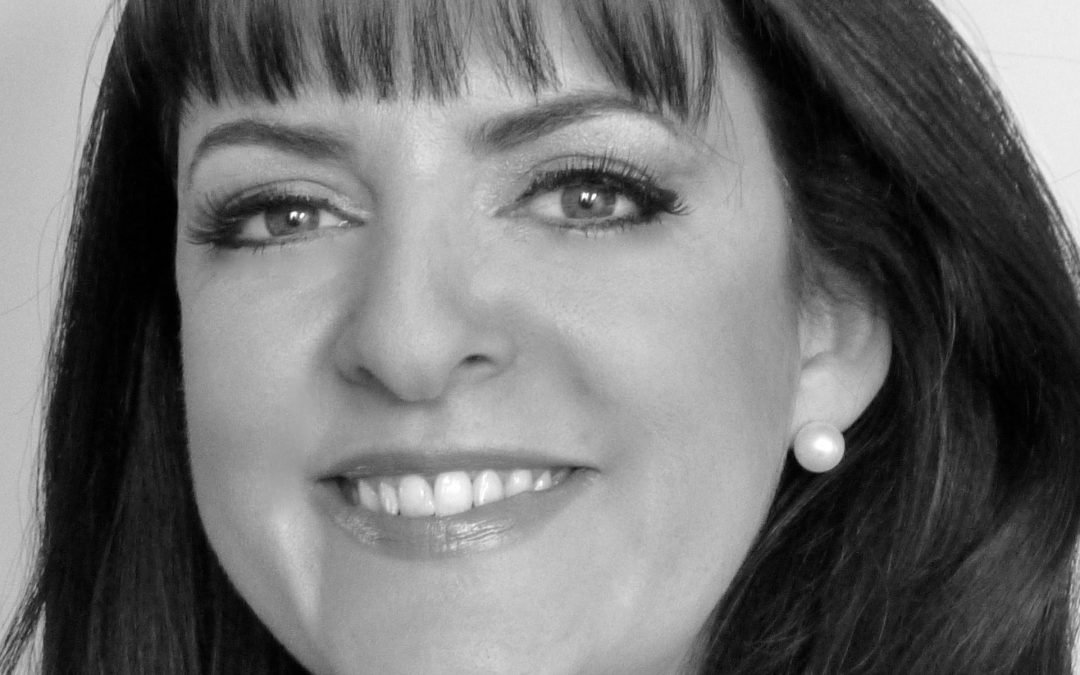 David Belbin writes: Kim Slater is one of our most popular authors for young people, with prize winning books like Smart and The Boy Who Lied. She has a parallel career as K.L.Slater, the million selling author of eBook thrillers like Liar. The first of these, Safe With Me, began life as her undergraduate dissertation at NTU. She also took the MA in Creative Writing there. That’s when she discovered her talent for Children’s and Young Adult Fiction. One of her finest young people’s novels, A Seven-Letter Word, will be featured from Thursday on a new venture from the BBC: Bitesize Daily, which is on iPlayer. Today she heard that actor, comedian and writer, Stephen Fry, will be reading the excerpts from her book.

At the very start of the lockdown, my daughter sent me a meme from Facebook. The picture featured a sheepish-looking cartoon bear with the tagline: ‘That moment you realise your lifestyle is called quarantine.’ It made me smile. But I’m a writer and for most writers, the isolation of lockdown isn’t really that much different from our normal existence.

For me, lockdown is remarkably similar to ordinary life in lots of ways and, it has to be said, features many improvements. Endless hours happily spent in solitude without life getting in the way. No diary entries forcing me out into the real world when the fictional one seems to make so much more sense. Of course it’s one thing choosing that way of life and quite another to be told you have no choice in the matter.

I’ve run the gamut of emotions like everyone else. In common with many families, we have elderly relatives, grown-up kids all living away from home, a ten-month old grandson, all of whom we can’t see. At the beginning of lockdown, I felt really frightened. Not discomfort or nervousness, I’m talking about real fear. I cried a lot, panicked a bit, tried for a while to find refuge in denial. I realised how rarely I feel visceral fear and felt thankful.

The thing I couldn’t get over – and still haven’t – is the fact that in a ridiculously short period of time we’ve literally been plunged into the middle of a Stephen King dystopian narrative. I don’t think I’ll ever get over it. Waking up to darkness one morning because the sun hasn’t risen, a dense killer fog rolling in to slaughter all whom it encounters, hoards of crows suddenly descending to peck out all our eyes… horror tropes that have all got an uncomfortable possibility about them now.

We moved house five days before Christmas. It turned out to be the drama one might expect at that time of year. We had just a couple of days notice of the moving date, grabbed the very last removals spot before Dave from A2B removals in Mansfield broke up until after New Year, forced to wait in a lay-by with his frustrated removals team because the previous owners hadn’t yet managed to vacate the property. Unsurprisingly, our usual Christmas celebrations had to be sort of written off.

I learned this week that my second Young Adult novel, A Seven-Letter Word, will feature in a Year 7 BBC Bitesize lesson next week, excerpts to be read by the incredible and much-loved Stephen Fry. It’s good to think that a story set in Colwick, Nottingham with a scene at Green’s Windmill in Sneinton, might actually help to assist the nation’s parents in homeschooling their children.

We’d moved from an apartment in Colwick to a house in a small Nottinghamshire village seven miles from the city. The Christmas catastrophe actually turned into a remarkable piece of luck because it meant when we entered lockdown, we had space. Our old place’s south-facing apartment balcony had a stunning view of the Trent. However it became unbearably hot to sit out even when there was only a modest amount of sun. No great sacrifice, of course, when you could go out to enjoy the weather. But now we had a garden again with areas of light and shade, a plethora of reading spots when the sun shone.

Incredibly for me, I’ve been persuaded to leave the small office I write in at the front of the house as often as several times a day. This is accompanied by whoops of delight from my husband. We’re dazzled by the display of nature in the garden at the back. Rabbits, squirrels, greenfinches, blue tits, two magnificent jays and two very fat pigeons are regular visitors. Unbridled excitement when new buds are spotted on the climbing rose, breaking off from the word count (unheard of) to have a cuppa outside, sat next to the Anemone clematis that glorifies the fence by the kitchen door. Entranced by the intense ruby red halo of the Canadian maple that overhangs from next door’s garden… these have been some of the unexpected gifts of lockdown.

There are so many things I’ve learned I can easily do without in my life. Even greater pleasure derived from my very favourite of pastimes; reading books and watching films. Baking a quiche and lemon curd tarts again for the first time since taking ‘O’ level cookery. Zoom calls to reading groups of key workers’ children who are still in school.

Universally, as human beings, there is little we can’t adapt to. Generally, we all try to make the best of things, however grim. This is far harder for some than others. People are struggling at this very moment with lockdown challenges we may not yet comprehend. People are grieving their lost loved ones, their own lives changed by the virus forever.

For me, now I’ve settled down a bit, work continues as usual. If anything, the adult side of my career – writing commercial crime for digital-first publisher, Bookouture, and also an Audible Original commission – has increased.

I learned this week that my second Young Adult novel, A Seven-Letter Word, will feature in a Year 7 BBC Bitesize lesson next week, excerpts to be read by the incredible and much-loved Stephen Fry. It’s good to think that a story set in Colwick, Nottingham with a scene at Green’s Windmill in Sneinton, might actually help to assist the nation’s parents in homeschooling their children. Like all proud Nottinghamians, I love the chance to spotlight our great city and county on the national map.

I keep wondering, when it’s all over and we’re going happily about our business in the soon-to-be-revealed exit plan, will there be a new sub-genre of literature in the spirit of misery-lit? Covid-lit, perhaps? I’m not sure but despite the lockdown bonus of the garden birds and the new rose buds, I’m not interested in writing about it.

Bring on the ‘new normal.’ I’m missing hugs from the family and our weekly visit to the Broadway cinema. Stay safe.

The Dutch House by Anne Patchett on Kindle

Cut to the Bone by Roz Watkins (ARC)

If it Bleeds by Stephen King on Audible