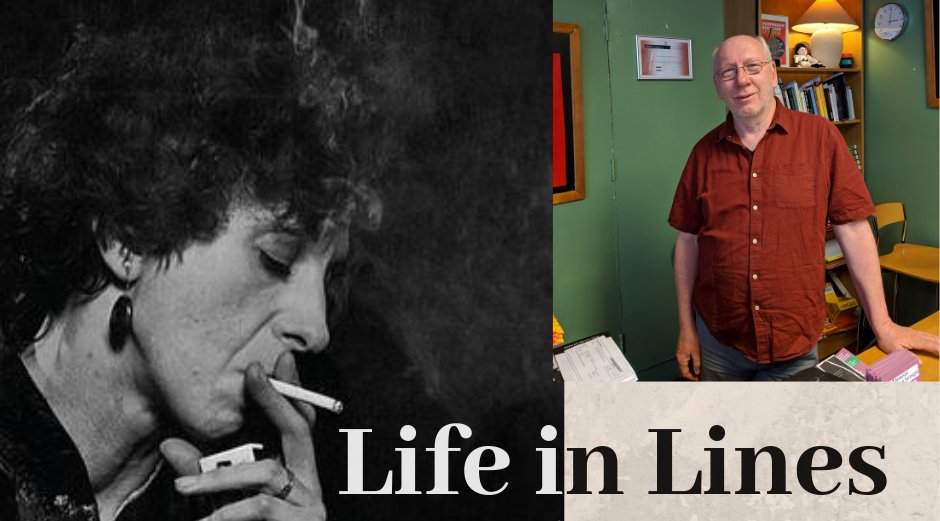 Ross Bradshaw opened Five Leaves Bookshop in 2013. It won the Independent Bookshop of the Year Award in 2018. The publishing side of Five Leaves started in 1995. Ross jointly founded Southwell Poetry Festival in 2000, which continues as Nottinghamshire Libraries’ (Inspire) Poetry Festival and Lowdham Book Festival, now in its twentieth year and counting.

His chosen poem is ‘Allegiance’ by London-based poet Elaine Feinstein (born 1930). He picked this poem because he’s “a political person” who grew up with and involved himself with a lot of political poetry. He chose this particular poem because even though he doesn’t himself necessarily agree with it, it’s “a good political poem” that contains much subtlety and doesn’t rant and hit the reader over the head.

Acknowledgement: Elaine Feinstein, The Clinic, Memory: New and Selected Poems (Carcanet Press, 2017). With kind permission of the publisher on behalf of the author.