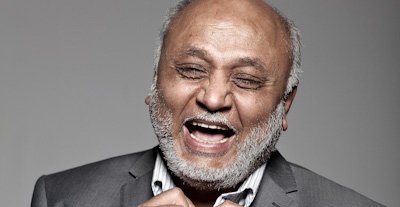 Our chair, David Belbin, writes: Mahendra Solanki is one of Nottingham’s finest poets, but also one of our slowest, with just three slim collections in forty years. That’s why, after I asked him if he’d consider contributing to this series, I was doubly taken aback: first, when he agreed, and second, when he sent the piece below the very next day. A former headteacher and programme leader of NTU’s MA in Creative Writing, Mahendra was brought up in Leicester but now lives in Sherwood, making a trilogy of Sherwood writers over the last three entries. Here’s how lockdown has affected him and his family.

Just before lockdown I prepared texts for the reading group I led every Tuesday at West Bridgford Library. After leaving my full-time university teaching post, I’d returned to working with adults interested in words and writing. I’m a Lector. This grand title – latin for ‘one who reads’ – was conferred on me by the Royal Literary Fund after several spells as an RLF Fellow in universities. For the last session before Easter I’d selected Sinéad Gleeson’s Panopticon: Hospital Visions from her daring collection of essays, Constellations, pairing it with Emily Dickinson’s fine poem, ‘After great pain, a formal feeling comes.’ My group never got to know my choices. It now looks unlikely we will meet again.

Since September, my weeks had acquired a particular rhythm: intense stretches of reading in the search for the right poem; short stories balanced with Tai Chi classes in the church at the bottom of my road; Qi Gong exercises conducted conspicuously in a mirrored dance studio. I stopped taking large prescribed amounts of morphine last year and these last two help keep my fibromyalgia in check.

It is hard to know when lockdown’s sudden shift started to make itself felt. Initially I felt annoyed and noticed how my sleep had gone to pot, but also felt a gradual sense of relief about not having to prepare anything. This was replaced by a sense of unease, starting with another abrupt cancellation: of a long awaited hospital appointment for what the cardiologist had referred to as ‘a simple procedure.’

Of course, writers should be used to isolation. I remember the literary agent, Giles Gordon saying that writers had pasty skin from too little sun and saggy bottoms from spending too much time sitting alone. But that is only a part of the story: certainly I spend a lot of my time on my own. Yet, as friends point out, I enjoy company, especially the company of other writers, and I have missed that. I was reminded of how much when my friend and publisher, John Lucas called to see if I was still breathing, in a long, laughter-filled conversation.

Humans are instinctively pattern-matching individuals. In the absence of a pattern, we revert to one or attempt to create a new one. I know that from my experience as a psychotherapist. From making the bed to mark the beginning of the day, to copying routines for exercises on YouTube, to pottering in the garden, to reading a list of books. Sadly, despite knowing all too well the consequences, I do not switch off the daily news conferences. Things may have changed or be about to change, things that affect those closest to me.

Having two daughters changed my perspective forever. In isolation, I am reminded how limited a parent’s help or consolation can be. My daughter, Hannah, living up North, has had to postpone her wedding in April. All I can do is continue revising the poem I was working on for the big day. Now there is even more of emotional fallout to draw on (as if the last eighteen months leading up to it had not been enough preparation). 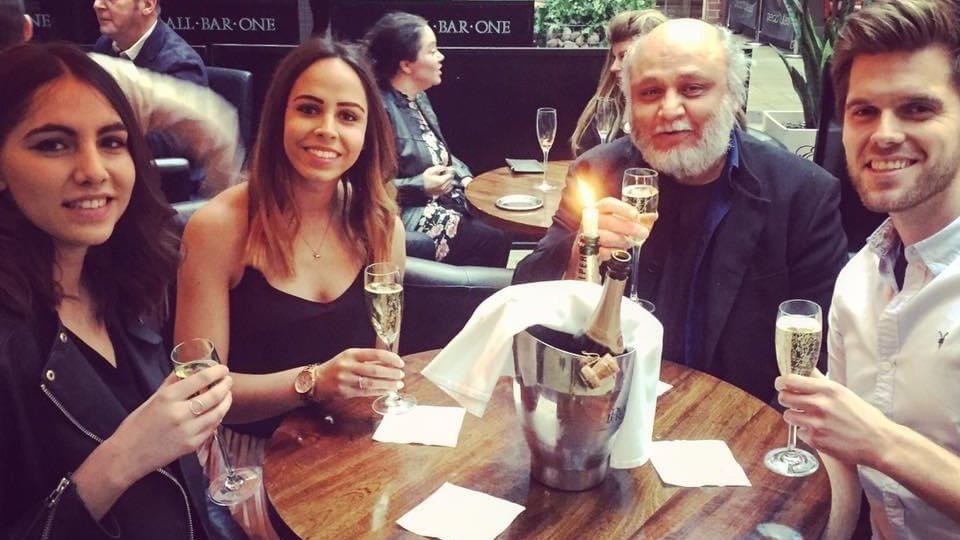 My other daughter, Ansuya was in India, studying yoga and meditation, when the rest of the world also came to a standstill. As a parting gift in November, I had written a poem for her in which I quoted Robert Lowell’s heart-felt line, ‘A father’s no shield for his child.‘ After the to and fro of messages with my local MP and many fruitless attempts to get a helpful response from the Foreign and Commonwealth Office, the truth of that sentiment is all too tangible. She is still there, stranded. Today she gave me permission to share her poem with you.

In between the new routines and the time spent in my well-pruned garden, the writing life resurfaced. I returned to revising an abandoned long (for me) poem I had been working on after seeing the Indian and Last Paintings of Howard Hodgkin at the Hepworth Museum in Wakefield and the Gagosian Gallery in London. I think it is now ready for publication.

Occasionally, as happened last week, you get a request from someone abroad asking for specific help concerning your writing; in this case about context and meaning of phrases unfamiliar to my Italian translator, Pietro, in two of my poems. These are from an anthology originally published by Nottingham’s Five Leaves Publications:Over Land, Over Sea in aid of refugees and Médicins Sans Frontières. I spend half a day writing a reply. This provides an opportunity to add an epigraph which I think elucidates one of the poems – at least that is what Pietro graciously says in his reply.

The next morning, I decide that perhaps I should explain who the ‘we‘ refers to in the final stanza of the sequence even though no clarification had been sought. I write a paragraph after my pot of strong espresso (another ritual), then wait for the reply. When it comes, I am excited by Pietro’s reaction, as he wants to include it in the now expanding notes accompanying my poems. The next morning, waking up at five after another bad night’s sleep, I look back at the correspondence with Pietro and notice with growing mortification that I had said ‘epigram’ when I obviously meant ‘epigraph’ and spend the rest of the day worrying if I should write to point this out to Pietro who had not noticed or had been too polite to correct me.

I realise I am probably losing it and ready to come out.

A Parting (Gift for Ansuya)

As you know, a father’s

no shield for his child.

And should you call

unsure for a moment,

you will not hear me

ask for you to change.

Nor shall I mouth the well-

worn advice, of being safe,

of continuing to be kind,

of acting with grace,

or loving each other

because that’s all we have.

Rather, I would pray that

you find joy in the heart

of all the things you do

are loved for who you are.