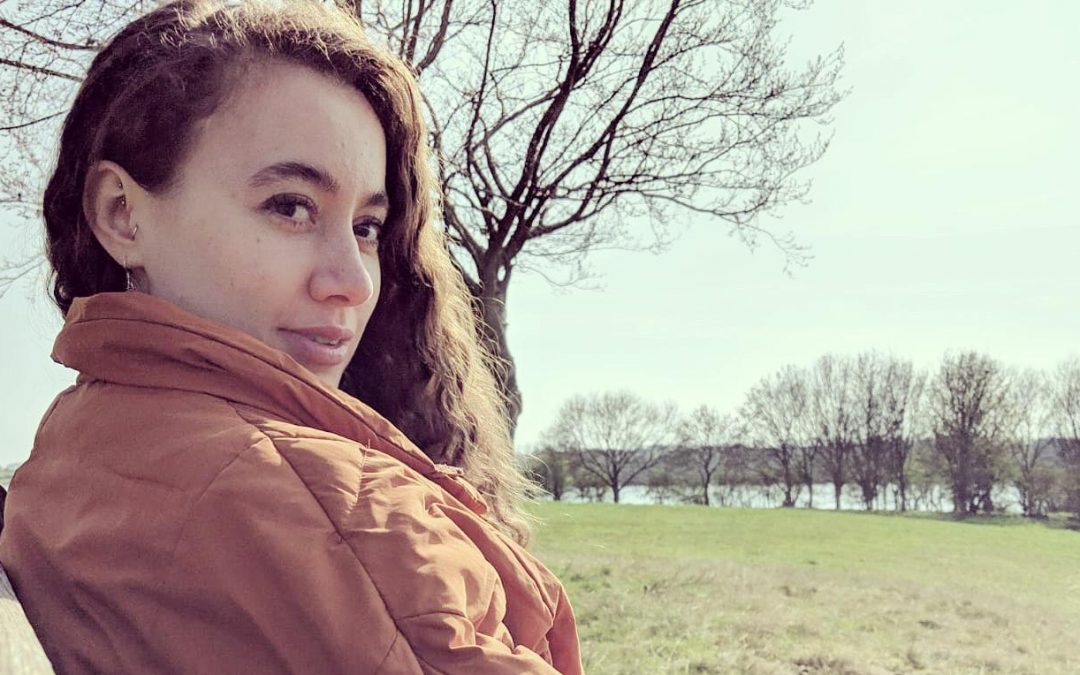 It goes without saying that we’re living through historic times of extreme uncertainty. We’re all either fully locked down, shielding or affected by the three-tier system. Whilst anticipating the New Central Library, this piece also touches on my leaving London for university: how Nottingham’s community changed my experience from one of uncertainty and isolation to one of belonging.

In order to save as many lives as possible, there are millions of university students up and down the country and across the globe making sacrifices and having isolation enforced upon them. This is all for our future. The New Central Library is going to be part of that future and will be a community space alive with activity, bridging the gap on social isolation for many, creating opportunities for educational development and carrying hope for the future generation. Yes, things are difficult but there is so much to look forward to and Nottingham’s New Central Library is really going to be something…

Nine years ago, I set off from Anerley, rooted deep in South East London to embark on a creative writing degree at the University of Nottingham. The memory remains sharp.

We bombed along the M1 at 90mph on an overcast September afternoon, my belongings crammed into the family car, my heart floating up my throat and almost bursting like the single duvet overflowing onto the backseats.

The whole journey, I pretended I was excited – not filled with dread. Trying to breathe out some of the anxiety, I sang along to all the tracks I recognised on the radio. Adele’s “Rolling in the Deep” was a notable highlight and I believed I’d succeeded in convincing my dad that I was definitely ready to depart my old life. I couldn’t organise my thoughts well enough to foster decent conversation and my dad was focused on the road, so we talked about mundane things.

‘Are you ok, Cleo? You haven’t got much to say for yourself.’

‘I’m good, Dad. I’m good. Just can’t wait to get there and get settled.’ I raised my arms and punched the air in time to Katy Perry, my body feeling at odds with the forced movement and false joy.

When we actually arrived outside halls of residence I was surprised by the prison-like, melancholy building that greeted me and overwhelmed by how busy it was. There were students everywhere with parents in tow. I tried to make eye contact and share a smile but nobody noticed. I told myself it was because they were just as tense and preoccupied as I. But there were already huddles forming.

In about 12 trips, we’d got everything out the car and unpacked into my dank box room. The curtains were a stale mess of orange, blue and green and you could feel every spring through the thin mattress. I looked around at how empty the space was – deflated by my lack of possessions and the impersonal feel that was the opposite of homely.

Soon there was nothing left to do but say goodbye. I didn’t want my dad to leave and I really didn’t want to stay. The room had an outside facing wall and its coldness already had me clutching my hands to the back of my neck for warmth.

‘This is it, kid.’ My dad nodded and outstretched his arms. I leant into a monumental hug and tried to ignore the small fact that I’d soon be alone. He held onto me for a long time; enough for brimming tears to settle before spilling over.

He gave me a final smile, squeezed my upper arms, opened the heavy fire door and was gone. The door slammed shut behind him and that was that.

Mouthy Poets would become the glue of my university experience and my introduction to the warmth of Nottingham, its libraries and its people.

Freshers’ week was not the barrel of laughs it probably should have been. Yes, there was alcohol, hangovers and dancing. But I wasn’t happy. I didn’t feel part of a community. A patent incompatibility with the people in halls meant I was more than a little unfortunate in my experience of being a first year student. I found my peers mostly superficial, condescending and difficult to relate to. I became self-conscious that I wasn’t well spoken enough, intelligent enough, fashionable enough. I also got a strong sense they couldn’t relate much to me either, which is understandable. So, it was all very isolating and is up there as one of the most challenging experiences I’ve endured. More so because it appeared as though everybody around me was enjoying every moment.

My course was two days a week, so I had lots of spare hours to order Dominoes and watch David Attenborough documentaries whilst dwelling on the fact I’d so far made only one genuine friend. Aimee, in the room next to mine, was hilarious and also having a terrible time. She eventually moved back to Loughborough and began commuting, which was gutting. I was in catered accommodation so after Aimee left, I’d frequently sit alone in the canteen at dinner, plunging my face into my phone or food so I didn’t have to fully acknowledge or make eye contact with everyone who already had a crew.

It was difficult and I really did come very close to re-boxing all my stuff and leaving Nottingham – returning home to friendships with substance, where I was fully accepted.

Come mid-October though, there was a saving grace: a poetry module on my course where, after sharing a poem, I was invited to join Mouthy Poets, a community-based group of writers and performers. The journey to my first session was daunting. I walked into town, apprehensive that I’d be out of place or made to again feel inadequate in some way, but no. Mouthy Poets would become the glue of my university experience and my introduction to the warmth of Nottingham, its libraries and its people. 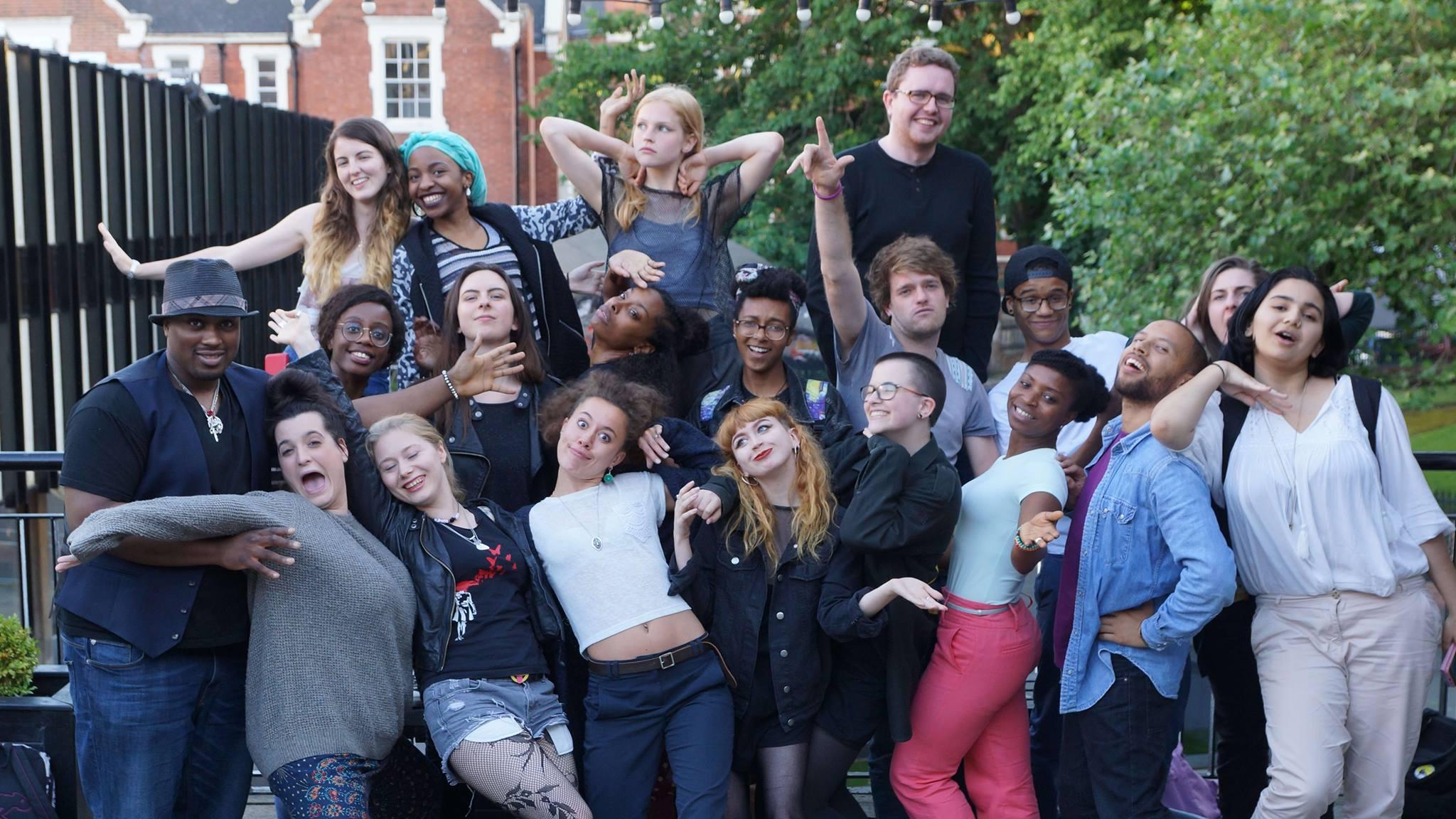 The highlight of my week was escaping halls every Friday. I’d bound into the city on foot or jump on the Orange Line 36 Bus for an evening of writing workshops with relaxed company. I was finding my community, my rhythm and eventually, all that Nottingham has to offer. Sometimes it was the only thing I looked forward to.

Unless on a night out, Nottingham students didn’t seem to venture off campus, but for me, the city provided the oxygen I needed to fully inhale and exhale. Thanks to my frequent excursions, I soon discovered that I preferred hunkering down in Nottingham Central Library to the humid, student-filled Hallward Library on University Park. I was always greeted with a smile by the person at the front desk. The faces focused on computer screens or scanning bookshelves were diverse and kind. Any conversations – in that increasingly familiar Nottingham accent – seemed inclusive and relaxed. I felt content to be there.

Reading allows people to dream while they’re wide-awake, travel while they’re stationary, get inside somebody else’s head with empathy and gain awareness of other peoples and cultures.

Nottingham is now the city I call home, where its people and libraries have welcomed me and been safe spaces. Nottingham’s charm made me want to stick around in a community that not only accepted me but allowed me to become a part of it. Nine years on from that self-conscious 19 year-old fresher, with just enough friends to count on one hand, I’m still here.

I’ve performed poetry all across Nottingham, run writing workshops in schools, explored the beautiful Bromley House Library, the humble Nottingham Central Library, and after working full-time in Nottingham, even returned to the university to complete a masters – something I’d never have been able to achieve without a scholarship. None of this would have happened had I not been received with open arms by Nottingham’s salt of the earth, who will, I’m certain, remain lifelong friends.

Considering this remarkable turnaround, I try my best to look forward to the future and believe that positive change is possible. Whilst continuing to uphold its literary traditions and UNESCO status achieved in 2015, the vision for the New Central Library offers hope to the whole of Nottingham.

I now know that the isolation I experienced in my first year as a student, with its knock-on effect on mental health, is far more widespread than I realised at the time. Currently, isolation and loneliness among students is a pandemic in and of itself. I appreciate that venturing out into the city centre to explore Nottingham’s libraries and community projects isn’t an option at present. But in time, and hopefully sooner than we can predict, it will be.

The New Central Library will be one of the places to venture: a socially progressive environment where all will be accepted and welcome; a place where the public can be inspired; a place that will educate and engage, a place where children and young people will have space to play and learn. Local libraries can change lives. And perhaps, as it was for me, the New Central Library will be a place crucial for making connections and feeling secure and comfortable.

The New Central Library will ensure thousands of people have access to high-quality learning, where creativity and confidence can be fostered. It’s proven that libraries are vital for guaranteeing digital access for those of us who don’t have it at home. This can mean being able to apply for jobs, connecting with friends and family and ultimately reducing social isolation.

Finally, there’s the prospect of shelves upon shelves of books. Reading allows people to dream while they’re wide-awake, travel while they’re stationary, get inside somebody else’s head with empathy and gain awareness of other peoples and cultures. All of this, and more, will be possible within the vibrant community hub that will be Nottingham’s New Central Library.

Cleo Asabre-Holt is a freelance writer and spoken word artist who has performed throughout the Midlands, London and internationally. She was formerly in editorial roles at Trigger Publishing and LeftLion Magazine. This year, Cleo won the Print Future’s Award to further develop her career in publishing.