The Legend of Bendigo: guest post by Alan Dawson 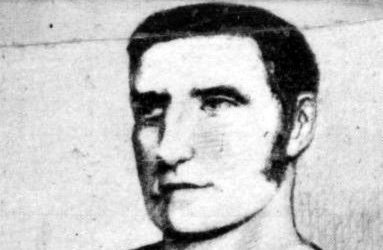 In Nottingham at the moment, there is renewed interest in the exploits of a nineteenth century boxer by the name of William Thompson, better known by his nickname of Bendigo.

Illiterate and poor, he emerged from the destitution and lack of opportunity that prevailed in 1811, becoming a prize fighter and household name. This was boxing before the Queensberry rules of 1867 and the modern era. The sporting newspapers of the time reported on his fights but he did not appear in any literary compositions of either verse or prose, at least not until after his death in 1880.

William Thompson was All England Champion but he also became a celebrity as a raconteur. He would goad his opponents with insults spoken in what can only be described as an early form of rap. This charismatic personality that he brought to the sport made him the Mohammed Ali of his day.

A literary comparison of Bendigo and Ali is interesting. Ali was written about as soon as his career took off. Ali was photogenic and entertaining. The cameras and the microphone were never far away. The books followed and never stopped.

Bendigo’s career may have been similar to that of Ali, but his was a time before photography and the recorded voice. Whilst Bendigo was undefeated in twenty-one fights between 1835 and 1850, the sport itself was outlawed. This meant that the locations of the fights were not made public and only reported on after the events took place.

Bendigo was simply born at the wrong time to enjoy the media attention that he would have received today. We should be reminded that it was 1855 before war photographers were active, 1878 before the first ever recording of the human voice, and 1890 before photographs began to replace drawings in newspapers.

So where can the reader find William ‘Bendigo’ Thompson?

Three years before his death in 1880, he featured in a chapter within the fantastically-titled, Low-Life Deeps: An Account of the Strange Fish to be Found There. Written by journalist James Greenwood, the chapter describes an interview with Bendigo on his release from prison in 1874. Bendigo had a reputation as a drinker which led to a number of arrests. He converted to Christianity in 1874, stopped drinking, and began to preach at church services. Following his last imprisonment, he described one of the magistrates who sent him down as, ‘a vinegar looking narrow jawed cove, who was always hard on me.’

Surprisingly, Greenwood never described Bendigo as a battle-scarred ruffian, but stated, ‘he has the cheery aspect of an English Country Squire who has lived the life of unbroken serenity.’

It took until 1889 before a book was published that dealt with Bendigo in its entirety.

Wilson’s Life, Battles, Conversion and Death of Bendigo, Pugilist and Preacher by Ishmael Wilson, included the quote, ‘I have fought and sinned for the devil for sixty-two years, but now I am determined by the Grace of God to serve Him the best part of my days, and to win the Crown in Heaven.’

In 1904, a pamphlet was published entitled, Bendigo, The Champion Prize Fighter of England.

In 1911, Arthur Conan Doyle wrote Bendigo’s Sermon in recognition of a man who had died thirty years earlier. A piece of light-hearted poetry, the piece captured Bendigo’s allure. Referring to Bendigo’s period as a preacher when he dealt with some boxers who had come to cause trouble, Conan Doyle wrote: 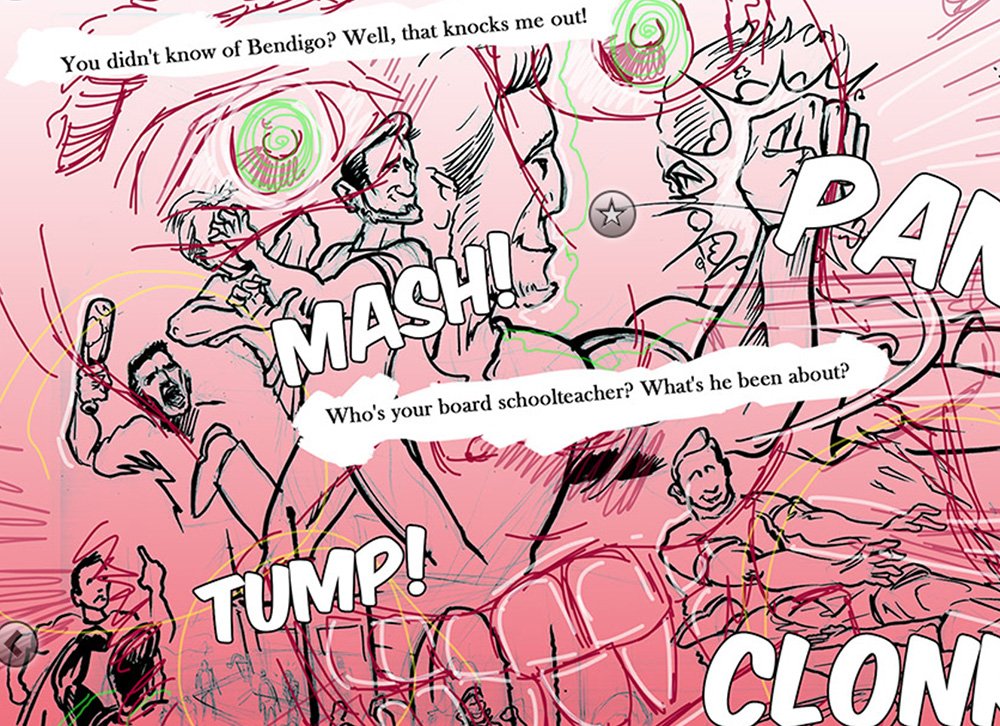 ‘He vaulted from the pulpit like a tiger from the den.
They say it was a lovely sight to see him floor his men.
Right an’ left, and left an’ right, straight an’ true an’ hard,
Til the Ebenezer Chapel looked more like a knacker’s yard.’

It would be almost one-hundred years before Bendigo appeared again, this time in two well-researched historical books about his life.

Bold as a Lion: The Life of Bendigo, Champion of England was published in 2002 by a Sheffield writer named JP Bean.

Bendigo features in the wonderful Dawn of the Unread comic ‘Bendigo vs Nottingham’ , returning from the grave to find Nottingham a much different place to when he was laid to rest.

Bendigo – The Right Fist of God was published in 2016 by Nottingham historian and novelist, Alan Dance. In it, Dance describes the first time that Bendigo made the pages of any kind of publication. This was in 1834 in Bell’s Life in London and Sporting Chronicle: the Bible for all Matters Sporting and Less Sporting, which published, ‘Challenges to Fights Between Pugilists.’ This issue contained an advertisement challenging Bendigo to fight an Irishman named William Looney for a large sum of money.

The Right Fist of God provides a marvellous insight into Victorian life, as well as a fascinating look into bare-knuckle boxing at the time. It states that following his death, the editor of Bell’s Life wrote, ‘there is no doubt that Bendy had a soft place in his head and, when too much refreshed, to him valour was the better part of discretion. At times his appearance was the cause of a general stampede to a place of general safety.’

Little wonder that even today, he continues to fascinate.