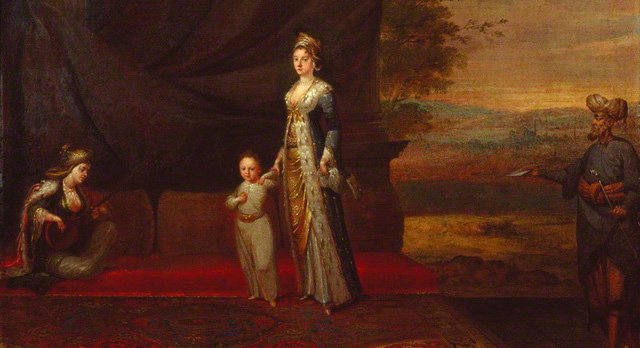 Lady Mary Wortley Montagu was born in 1689 at Holme Pierrepont, Rushcliffe. The eldest daughter of Lord Kingston and Lady Mary Fielding, she spent much of her childhood at Thoresby Hall, teaching herself Latin. Her elegant translations, romances and satirical verses combined with being her father’s hostess (her mother died when she was four) to build her reputation as a wit. Lord Byron, ninety-nine years her junior, called her ‘charming’. He wouldn’t have read her diaries, which her daughter burned, but her letters are a fascinating witness of her life and times.

In 1712, escaping her father’s choice of a wealthy aristocrat, Lady Mary eloped with, and married, Mr Edward Wortley Montagu. Her clandestine courtship letters (less passionate than her letters to his sister) propose travel together to maintain ‘esteem’.  Newly-wedded, it was her husband who travelled, chasing election as a Whig MP. He hardly sent her news, let alone money, and in 1714, she published a satire on marriage in ‘The Spectator’. However, her wifely correspondence, a fund of advice about ethical ways to gain and use influence, shows her ardent support of his career and, in 1715, he was appointed to the Treasury.  She joined him in London and collaborated on ‘The Town Eclogues’ with Alexander Pope and the playwright, John Gay.  In 1716, Wortley Montagu was appointed Ambassador to the Court of the Ottomans.

Lady Mary’s ‘Letters during the Embassy at Constantinople’ consist of vivid verbal pictures, sharp perceptions and anecdotes. Written as she crossed eighteenth-century Europe and spent three years in the shifting territory of the Ottoman Empire, they are addressed to her sister and friends, including Pope. Lady Mary also edited her letters and, intriguingly, gave them to the Reverend Sowden, on the ship that returned her to Britain.  Beginning with a jokey account of a stormy voyage, the letters praise clean, industrious Holland, critique German autocracies and assess the court of the British King in Hanover. After a lively stay in Vienna, the journey continues over mountains, the frozen Danube and a carcass-strewn battlefield.  Recurring subjects are fashion and custom (such as lovers for Viennese wives), her encounters and flirtations (for example, over relics with a Jesuit priest) theatres, processions, dancing, religion and observations on the use of power. On the Ottoman border, she converses, as an honorary man, with a Moslem scholar, disagreeing over ‘the confinement of women’.  Once in Turkey, she enjoys the freedom to roam when wearing a veil and reports on luxurious harems, their inhabitants and entertainments and the sociability of the women’s bathhouse. She also witnesses the unidentifiable victim of an honour killing.

The forthcoming immunization research centre in Oxford will be named after Edward Jenner, who discovered smallpox vaccination in 1798. However, reducing smallpox in Europe began with Lady Mary Wortley Montagu’s observation of a harem party for inoculation, or ‘variolation à la Turca’. She had survived smallpox in London and developed immunity, so her guinea pig was her only son. The experiment was successful. On her return to England, she obtained royal support to inoculate six prisoners, six orphans and, in 1722, George 11’s daughters.

When she was fifty, Lady Mary fell in love with, and pursued across Europe, Count Francesco Algarotti, a poet who was at least as interested by Lord Hervey and only met her again once. In Italy, where she settled, she was suspected of spying, but lauded for her learning and building. She only returned to England when her husband died.  Her extraordinary life ended in 1765, due to breast cancer. 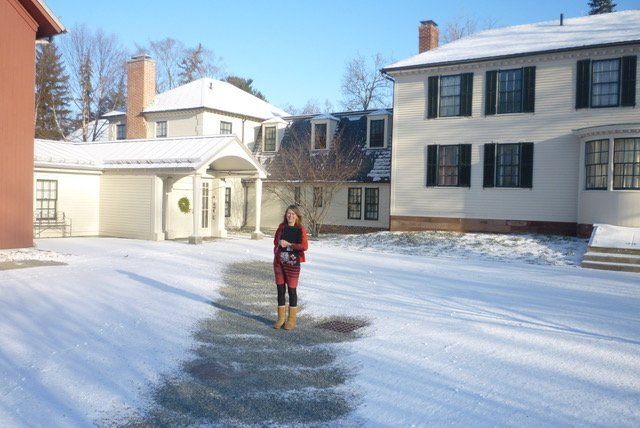 Dr Georgina Lock wrestled a living out of writing, directing and acting for theatre and making short films before designing the first scriptwriting programmes at Nottingham Trent University and teaching them for fifteen years. She has recently retired from the lectern and whiteboard to re-focus on writing, particularly writing and historical research about creative women. Email: georgina.lock@ntu.ac.uk