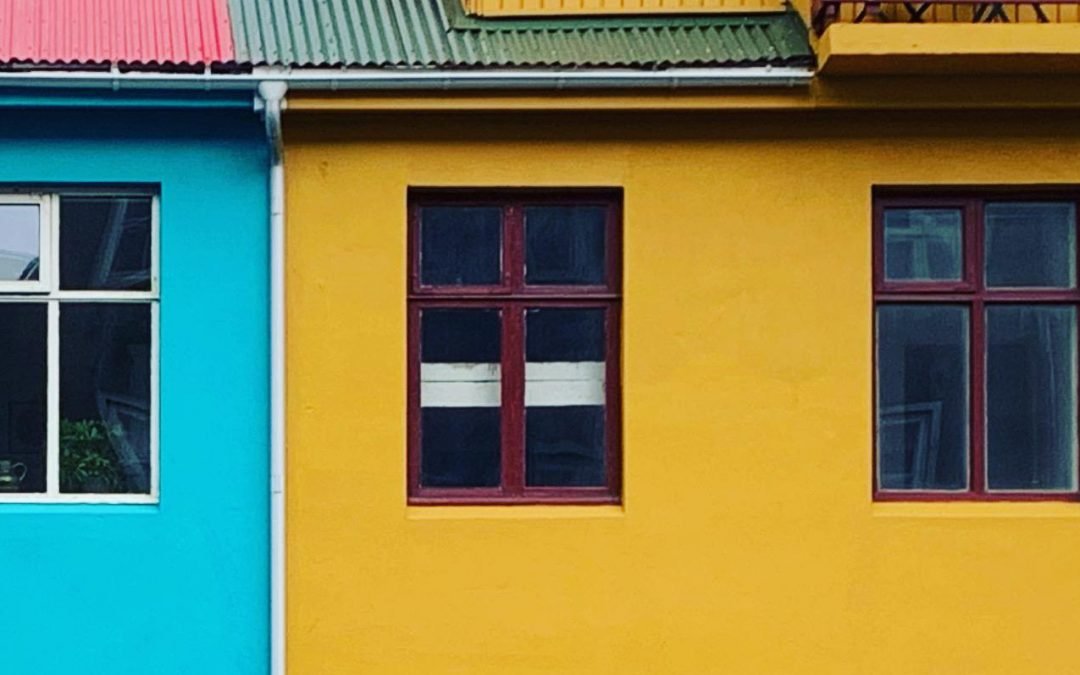 As a relatively recent addition to the NUCoL team I wasn’t entirely sure what the Annual Meeting would involve. In fact, I was a little daunted by the prospect of presenting the Story Valley project I am working on to a group of strangers who form part of a well-established network and becoming a new member of the family. However, having not left the UK in over 18 months, when asked if I wanted to attend the meeting in Reykjavik (a city I have always dreamed of visiting) I could hardly say no. In this blog, I’m going to share both my experiences of attending the network meeting as well as some of my other less literary experiences in Iceland.

Sadly, I didn’t see any puffins (a much-discussed topic among the City of Literature team ahead of the trip), but even if you were here only in the hope of puffin content, I can promise you it’s still worth sticking around to have a read!

After a particularly lengthy transfer from the airport to the hotel, our first night in Reykjavik was spent having dinner with our friends from Ljubljana City of Literature in a food hall that became a firm favourite with the Cities of Literature network over the course of the week. On the Sunday, whilst some others decided to go for a dip in the Blue Lagoon, I set about exploring the city and seeing what it had to offer.

My first exploration of a new city for the first time in almost two years felt particularly exciting. Strolling new streets, seeing new buildings, and trying to figure out what various signs in Icelandic meant was certainly a novelty. My visits to numerous galleries were punctuated by searching out the finest coffee Reykjavik has to offer (Reykjavik Roasters), sampling local confectionary, and tasting locally-brewed craft beer only to overhear the barman talking about Download festival. Given that the population of Iceland is a mere 350,000, Reykjavik is relatively compact and calm, making it the perfect new place to explore for someone who hadn’t spent a night away from Nottingham since the beginning of the pandemic. Although overwhelmed by its beauty, I certainly wasn’t overwhelmed by any large crowds of people or a public transport system, as I had neither of these to grapple with.

Ahead of the official start of the meeting on Monday evening, a few of us headed to see some geysers, which was both spectacular and slightly smelly. Essentially, geysers are hot springs that erupt intermittently under pressure, meaning at one moment everything seems fine and calm, and the next shoots of hot water and steam are being ejected from the ground (this must also be slightly sulphurous, as the eruptions were also accompanied by a slightly eggy smell, which I have to admit wasn’t the nicest). The soundtrack to our car journey to and from the Geysers comprised both Björk and Sigur Ros, so I think we deserve extra praise for blending into our surroundings so well and truly embracing Iceland and everything that it has to offer.

Monday evening marked the beginning of the meeting, in the kind of setting that makes a girl from Nottinghamshire feel a little out of place – Bessastaðir. ‘What’s Bessastaðir? How do you say it? I’ve never heard of it,’ you might be asking yourself. Well, I’m still not quite sure how to pronounce it either, but I do know – having been there – that it’s the Presidential Residence of Iceland. That’s right, we were hosted by the First Lady of Iceland, Eliza Reid, who, it should be added, is one of the founders of Iceland Writers Retreat. As the opening event of a conference, I’m not sure this can be topped.

Having had our glasses topped up with presidential fizz more times than I thought was possible in sixty minutes, we were back to the coach and heading back into the city to spend the rest of the evening at one of Reykjavik’s art museums, Ásmundarsafn. Whilst feasting on a buffet which involved a lot of fish (one of the many reasons I’ve always wanted to go to Iceland) and sipping yet more bubbly drinks, we were treated to a performance by local artists and musicians Gunnar Ragnarsson and Rúnar Örn Marinósson. It was only later on in the week that I found out Gunnar was the frontman of a band I saw play at the Rescue Rooms in 2007 when I was a teenager; I’m pretty gutted I didn’t realise at the time.

You might be thinking that things have peaked a little too early given that the meeting opened rubbing shoulders with the First Lady and a rock star (of sorts). Luckily, this was not the case, and the week continued to be full of inspiring conversations and exciting activities.

Inspiring Exchanges and Planning for the Future

The majority of Tuesday, Wednesday and Thursday was spent in meetings, sharing and discussing the work of the 38 Cities of Literature across the world and discussing plans for the future. Each day, the meeting was held in a different location: Tuesday at Árbær Open Air Museum, Wednesday at Gerðuberg Culture House, and Thursday at the hotel, which kept things nice and varied. We heard from a number of new Cities of Literature who had joined the network in 2019, including Wrocław (Poland), Slemani (Iraq), and Kuhmo (Finland), and their experiences of establishing themselves as Cities of Literature and carrying out projects under difficult circumstances.

All three days were full of best practice presentations, where representatives from the different cities shared projects they had been working on over the past couple of years. I found these particularly inspiring: the breadth of projects undertaken was quite astounding, but all had a common goal of celebrating literature and promoting literacy. I also (rather nervously) contributed to one of the best practice sessions, sharing the Story Valley project, and the progress those of us working on it have made so far, with everyone. Inevitably, one session was devoted to the pandemic and how cities have adapted to overcome the challenges that have arisen as a consequence of the new reality we live in. In terms of the future, discussions centred on how cities in the network can continue to work together in new hybrid ways, the excitement of new cities joining the network the network in November, and the next annual meeting in 2022.

The discussions that took place during the meeting were lively and, for a newcomer, very educational. I learnt a lot about how the different cities work and the variety of literary projects and activities they organise, how they work together, and how they want to build on these practices to further improve their work in the future. Overall, the meeting made me feel even more excited to continue working on the Story Valley project, and also provided a whole host of ideas for projects and activities here at Nottingham City of Literature.

In addition to the meeting, the team at Reykjavik City of Literature always made sure there was something for us to be doing in the afternoons and evenings as part of the broader meeting programme. This included one evening spent on the absolutely stunning Viðey Island, a short boat journey across from Skarfabakki harbour. After a dinner involving yet more delicious dish and the most beautiful music performance by A Band Called Eva, we set out to explore a part of the island and to find the Imagine Peace Tower, a memorial to John Lennon from Yoko Ono, which is lit between John Lennon’s date of birth (9th October) and the date he was shot (8th December), meaning it wasn’t lit up for us. The unlit tower did not detract from the magical atmosphere, and ahead of getting a boat back to the city centre, a Cities of Literature rendition of Imagine was sung.

Other highlights of the programme included a visit to Gljúfrasteinn, which was home to Iceland’s only Nobel Laureate for over half a century, where we met internationally-renowned Icelandic author Auður Ava Ólafsdóttir, the Reykjavik International Literary Festival, and a musical tour of Reykjavik which included a peek at Björk’s old flat. As someone with a background in languages and linguistics, I was particularly excited during our visit to Veröld – House of Vigdís Finnbogadóttir, which is home to the Vigdís International Centre for Multilingualism, as we were able to have a look around The Living Language Lab exhibition, which provided bags of inspiration for future projects on multilingualism in the UK. It was also a privilege to visit Reykjavik City Library and have a tour of their facilities, which even included a podcast recording studio. All of the Cities of Literature attending the meeting continued a tradition started by Reykjavik City of Literature and donated children’s books to the library in a vast range of languages, including Frisian, Catalan, French, Spanish, Finnish and Dutch. I think we at Nottingham City of Literature have to win the award for best book donation, as we donated the wonderfully titled The Monkey’s Fart. I’m sure a child in Iceland will be enjoying that in the not too distant future!

Overall, the week spent in Iceland provided bags of inspiration for future work on literature, literacy, and languages here in Nottingham. On a more personal level, the meeting provided me with an opportunity to properly settle into my role here, having worked exclusively from home since starting, which has felt rather strange at times. I also cannot finish writing this blog post having not mentioned that the German national football team were staying in the hotel, something which I found far too exciting, as did many of the children of Reykjavik it seemed, judging by the crowds of them waiting outside the hotel!