A Trip To Jaipur: Guest Post By Sarah Sayeed 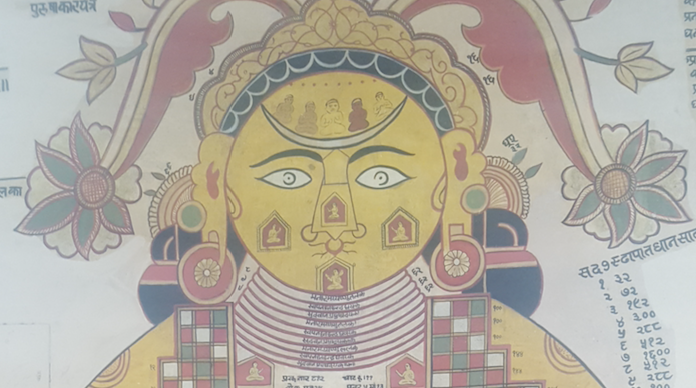 My out of date Lonely Planet guide is packed. The journey over to Jaipur consisted of: flicking through the airline magazine repeatedly, never reading anything in particular detail. And feeling nauseous. I spent too much time in Duty Free, on this occasion at Abu Dhabi, convinced by a sales woman to buy a shade of Urban Decay Lipstick called Checkmate. I thought this bright fuchsia pink could possibly look flattering with my summery type garments in the Pink City.

As we walk out of Jaipur airport the smell is familiar. It is a smell I have known from part of my childhood in Bangladesh and can only be described as sweet, dusty and fragrant. With an underlying sewage-type stench. It is a smell I find comforting. But, of course, this isn’t Bangladesh, this is India. The theme of my trip is Looking Back Moving Forwards and now that I have landed I begin to wonder how important ‘Indian’ as some kind of totally formed identity is to its people.

The following morning, after a perfect breakfast of chai, omelette and toast, a taxi takes us to the warm sunshine and exuberance of the Zee Jaipur Literature Festival. I immediately gravitate towards Arundhati Subramaniam in the Durbar Hall, speaking about the Indian women mystics. She describes lavishly the ideas in her new edited work  of mystic poems Eating God and demonstrates her unequivocal intellectual and poetic understanding of the essence of women and bhakti (worship).

The festival spaces at Diggi Palace bustle with elderly commanding women swaddling in stiff cotton sarees, Jodphur-wearing travellers soaking up the experience, one of their many of India I presume, and swathes of young Jaipur boys and girls, meeting, flirting and being just young and free. I dared my Checkmate lipstick one day. It turns out that this is actually the shade of the moment for young women in Jaipur. I look far more garish in Checkmate due to my sun-drained face.

The programming and its related dialogue and debate at the JLF are staggering. Each and every talk is incredible in its own way, my own personal highlights: Pico Iyer’s discussions on place, communal histories and communal writers; social entrepreneur Mohammed Yunus and his vision for ground-breaking activities in microfinance that has essentially changed Bangladesh for women and economies across the world; Maya Jasanoff and her fascinating insights into the life of Joseph Conrad as a seafarer; and the resonating ideas of Shashi Tharoor.

Shashi Tharoor’s talk, Why I am Hindu, really gets to the heart of a new Indian identity that all of us from the Indian diaspora are grappling with in some form or another.

It turns out that being Indian is a huge thing. And now synonymous with being Hindu. He passionately but gracefully talks about the rise of fundamental Hinduism, from which a slow and steady political Hinduism has grown. He describes Hinduism as not a faith of absolutes but a classical liberal faith, which had now been reduced to godmen and gurus.

“Are you Indian?” is a question I am asked time and time again during my days in Jaipur by all sorts of people. After a rock gig under the Jaipur night stars in Diggi Palace one night, we talk with some local Jaipur men. The youngest grins and says he likes Muslims girls. Someone else asks if I am Indian. I say I am Bengali. I add more detail and say I am Bangladeshi. His response “Are you Bengali or Bangladeshi?”

These distinctions seem to be crucial for people and this is very frustrating. But not as frustrating as Salil Tripathi in the panel debate on the Rohingya Crisis, who flippantly remarks “In my opinion, the Rohingyas are definitely not Bengali”. After a heavy hour-long debate on this displaced group of genocide victims, I am left wondering So they aren’t Bengali, they aren’t Bangladeshi and they aren’t Burmese. Are they even allowed to be human? These roads can be such dangerous paths the further we go down them. Like Shashi, I think I relate to a world my father also painted to me of classically liberal faiths.

Why was my Lonely Planet guide out of date? I had bought this book on Rajasthan many years ago with the hope of visiting one day. I couldn’t think of a better way to introduce myself to the Pink City and to international writing, than the Zee Jaipur Literature Festival. Which like the city, looks both inward and outward.