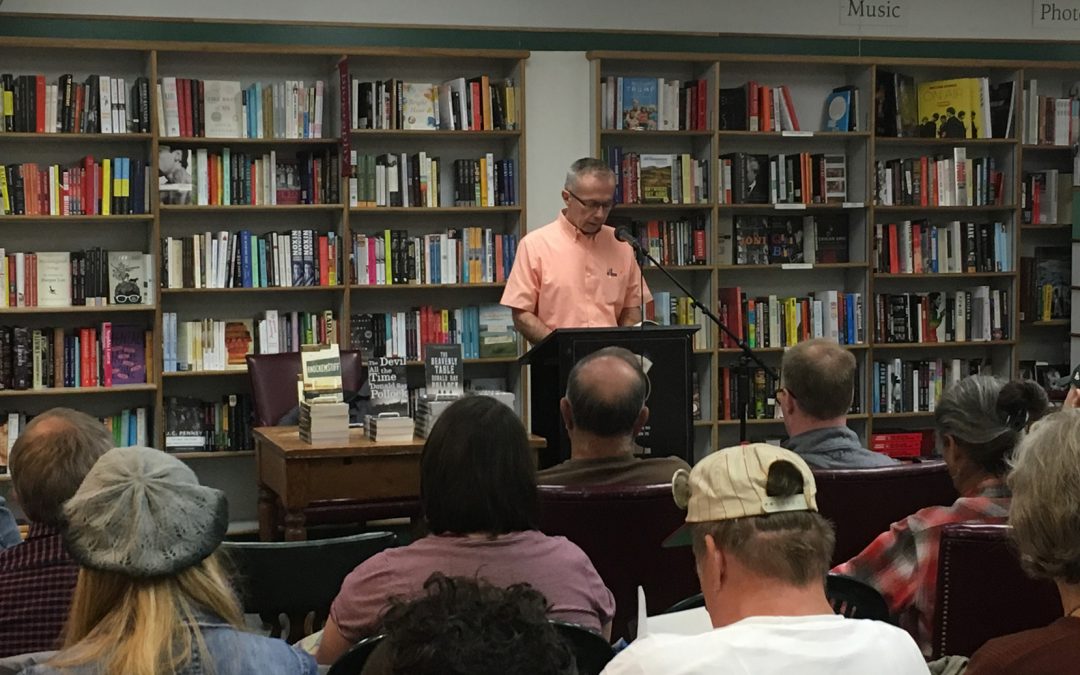 Iowa City boasts the oldest creative writing programme in the USA, and has been home to over forty Pulitzer Prize winners over the years.

This year, Iowa City of Literature hosted another fantastic Iowa City Book Festival, and writers from across the country and around the world came along to share their love of words.

The festival, which took place from 8th to 15th October, included a panel discussion on literary translation with Aron Aji, Director of the University of Iowa MFA in Literary Translation, and literary translators Hilary Kaplan and Lisa Katz, plus Paul Engle Prize winner Alexander Chee and Iowa City novelist Garth Greenwell in conversation.

There were also loads of creative writing workshops and a book fair, so writers and readers of all kinds had something they could really sink their teeth into!