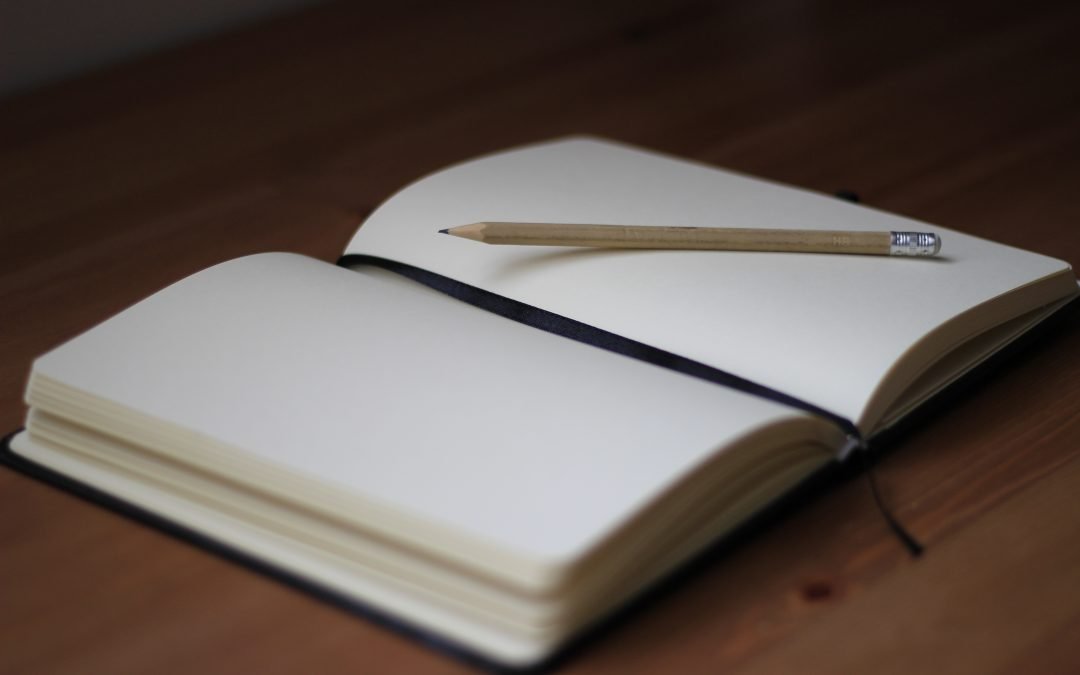 The two publishers have now collaborated to bring the world ‘Ten Poems About Nottingham’, a collection of poems carefully selected by John Lucas celebrating our fantastic city, its rich history and its vibrant present.

Not only are John and Jenny collaborators, they’re also next door neighbours…

How coincidental it is that two of the most successful poetry publishers in Nottingham live right next door to each other?

Jenny: It’s not as coincidental as it might seems. Before moving to Nottingham I lived in Manchester and I once wrote to John who didn’t know me saying: ‘Here some poetry, are you interested in those?’ He was and very kindly published a pamphlet of my work. I met John once in London at the Troubadour and then my husband got a job at Nottingham University, so all of a sudden we were moving to Nottingham and John was one of the only two people I knew here.

It felt straight away like I was at home. I’ve been in Nottingham for 11 years and living in Beeston for 10. Candlestick press has been running since 2008.

How long have you been in Nottingham John?

John: I’ve been living in Nottingham since 1964, I’ve always been involved in the small press. When I was in Reading there was a quite distinguished little press, the Reading University press that I helped run when I was a postgraduate. When I came to Nottingham I started a press called The Byron Press, which ran for about a decade. I then worked at Loughborough University, setting up their Department of English and that took up a lot of time. Yet the urge to start a press again soon reappeared, so I did, in 1994. Shoestring has been going since.

What is it that makes Nottingham attractive to you, in terms of creativity?

John: One obvious reason for this is the University. People who like this intellectual energy will be surrounded around here.

Jenny: Also, the values, especially here in Beeston, I would relate very much to those and I think it comes from the fact that there is a mix of academics and intellectuals here. And it is not a homogeneous town, Beeston has got a lovely mixture and a lot of people with shared outlooks and values.

John: Yeah I think that’s right. For 10 years I ran a poetry readings at the Flying Goose (a small café in Beeston) and they were really successful. I used poets with national – and occasionally international – reputation and I always tried to get locally based poets. A lot of really good writers live around this area.

How does Candlestick press work? It’s just a two person operation, but you bring in guest editors?

Jenny: Yes it’s just two on the team. I like choosing people who are going to do a good job, choosing them because they are going to do a good job, so we’ve got this bedtime poems series and the first person we asked to pick ten poems was William Boyd. We usually ask different people who are not poets to choose their favourite so William was the first one and then we thought ‘Who is the opposite of William Boyd? Germaine Greer!’ so then we asked her. You see I like having fun with them and it’s interesting to see what they would pick.

For the current one Ten poems about Nottingham, I asked John because he knows more of Nottingham poets – and cricket! – than anybody else. In  fact he’s doing another one for next year which is going to be about cricket poems. So it’s not just going for the names but more for the people that  are going to do the best jobs.

Does your work often collide? Do you ask each other for advice?

John: Sometimes yes of course. I ask Jenny to look at a poem or even a poet if I’m not entirely sure if to take that or not.

Jenny: And although what we do is so very different to each other, often we share and see eye to eye regarding a poet or a poem, we never really had poems or poets that one of us really liked and the other really disliked. And there is no competition whatsoever.

John: No competition. I mean I’ve only done one real anthology but I wouldn’t dream on stepping on Jenny’s toes.

Jenny: Well you wouldn’t want to.

John: But yeah, I mean it wouldn’t happen anyway.

John: There would be an overlap surely, but yes Jenny’s audience spread wider and attracts the parts that I can’t reach. Not that I mind.

Jenny you had a record year last year.

Jenny: Yes we sold 58,000 copies. I’ve noticed that the monetary value of our turn over since we set up is around half a million pounds, which it delights me because it’s poetry. When I set it up I personally went in every book shop asking if they would try to sell my pamphlets and they said ‘No, poetry doesn’t sell.’ It feels good to prove them wrong.

It seems such a simple idea, and incredible that no one thought of it first. How did you dream it up?

Jenny: It is quite unique. And actually it all came down thanks to Beeston and Nottingham because it became about asking friends for their ideas. My then printer, that was based in Lenton, said to me ‘We’ve got all these off-cuts you could use as bookmarks’, and my only objective at that point was to get as many people as possible to read these pamphlets so I thought that the bookmarks would add something to the whole idea and it also stopped a lot of waste.

John: Well I’ve been in Nottingham for a long time and I’ve known about Nottingham poets for a long time. In a way it’s a shame that everyone seem to think that there are only the three important names here, because there are actually many more good poets and always had been.

The collection I’ve done for Jenny was deliberately intended to weave a historical narrative in order to suggest Nottingham’s history, including the fact that while famous as an industrial city, it has a rich pre-industrial history too. I wanted to include evidence of the fact that Nottingham has been an important city during the Civil War and we’ve got one poem about that, and then the anthology moves forward from there to the present, including football and the nightlife which are part of the culture of Nottingham, just like the coal and the lace industry and the breweries: Nottingham ale is often considered the best in England.

Jenny: About half of the poets are contemporary. I think John has done an excellent job, it covers a huge range of aspects of Nottingham. I don’t think there is another poem like the one I particularly love which is about a stag night. It’s outstanding, a very clever poem, it’s funny, it has the right music and it sounds right for its subject. I remember hearing the poet reading it and thinking that it was brilliant. And it brings up the question ‘What is a proper subject for poetry?’ I mean, a lot of poetry readers might look down their noses at people on stag or hen nights in town, but this poem captures the experience at a sociological level as a phenomenon and also from an observer’s point of view but also from a participant’s point of view, so it kind of gets the humanity while having a good laugh at the same time. It’s just a wonderful poem.

I know about the reputation that Nottingham has regarding this phenomenon, but rather than complaining about it, poetry can make something out of it, something absolutely beautiful.

Something that can speak to both poetry readers and non-poetry readers. When we decided to do the collection about Nottingham, we knew it wasn’t going to be for a commercial reason, we said ‘This is our city, we love it, we want to support its literary history and its literary current endeavours’. I’m going to put on my walking boots and visit anywhere in town – first place is Hart’s hotel – asking if they would put the pamphlets on their bed side tables so people who come to visit Nottingham can read something of it. And I’m going to the tourist office, and the council, and other places in which people think they don’t have anything to do with poetry, because I want them to realize that actually we have a little bit of our heritage tucked in these pamphlets.

Nottingham is a fantastic place for encouraging and supporting. It’s a great place to make things happen and it’s not the kind of overwhelming, oppressive place somewhere like London has become. We’re unique. 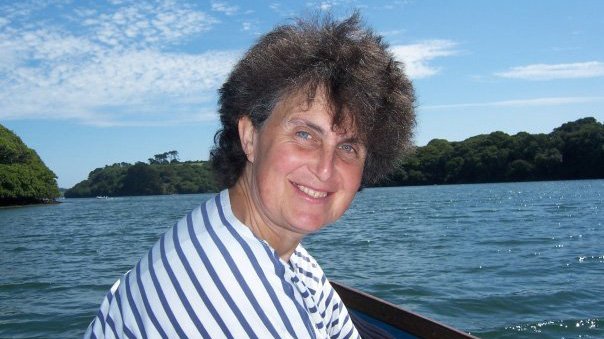 Do you find many barriers in this places or are they quite happy to stock poetry pamphlets?

Jenny: Sometimes, but it varies. We try in quite a lot of museums like The British Museum, British Library, Nottingham Contemporary Gallery. I think for poetry to be in museums and gallery shops is just great.

John: With Shoestring, as with any poetry press, the opportunities of sales are much more restricted. Though I do sell quite a lot from the website and certain number of independent shops. It’s still considered however that ‘Poetry doesn’t sell’. It clearly does!

But what I do a lot is readings and that’s the major way to sell books. I have people that offer to help me as work experience and I’m always happy to give them the opportunity so I put them onto various venues I know about, and sometimes I try to tie the venues to the place where the poetry is set. It’s quite time consuming but on the other hand there is no point in publishing a book if you don’t try hard to sell as many copies as you can.

So what’s the secret?

Jenny: There’s no secret. We do what we do out of love

John: Around here there are bundles of energy everywhere but people outside seem to not understand it.

Jenny: True, it’s a shame. And probably it’s because there is not one huge agglomerate in the East Midlands, there are lots of small ones and they all work each with a different specialism.

Have you ever thought of coming all together and becoming the big East Midland poetry press?

Jenny: Well funnily enough, Ross (Bradshaw, Five Leaves Press) once made a joke about it. John lived in Beeston and I moved next door and next door to me a house was on sale, so Ross once said ‘Well I guess I should buy that one now!’

John: We do have the EMBA (East Midlands Book Award) though. That covers the region and it’s for writers within the region. Lots of writers use national presses for different things.

Jenny: There is a lot going on in Nottingham but we haven’t pulled it together for some reason or another and made a big banner about it.

In a way I think if we get the City Of Literature status we could actually establish that. But at the same time, look at us: we’re not corporate people, we like to do things our own way. Here in Nottingham, as John says in his introduction of the pamphlet, ‘We are a city full of rebels’ so we’re just not that fussed about showing off and building an empire. There’s almost a certain pride in doing what we do and getting on with it.

John: I guess the Nottingham Writers’ Studio is trying to pull it all together in a way. There are such good writers and such lively people, like Michael Eaton, Graham Lester George.

Jenny: Nottingham is a fantastic place for encouraging and supporting. It’s a great place to make things happen and it’s not the kind of overwhelming, oppressive place somewhere like London has become. We’re unique.