‘If I can’t write then I’m not going to be real’: Poet Neal Pike Reflects on His Career and Identity as a Writer 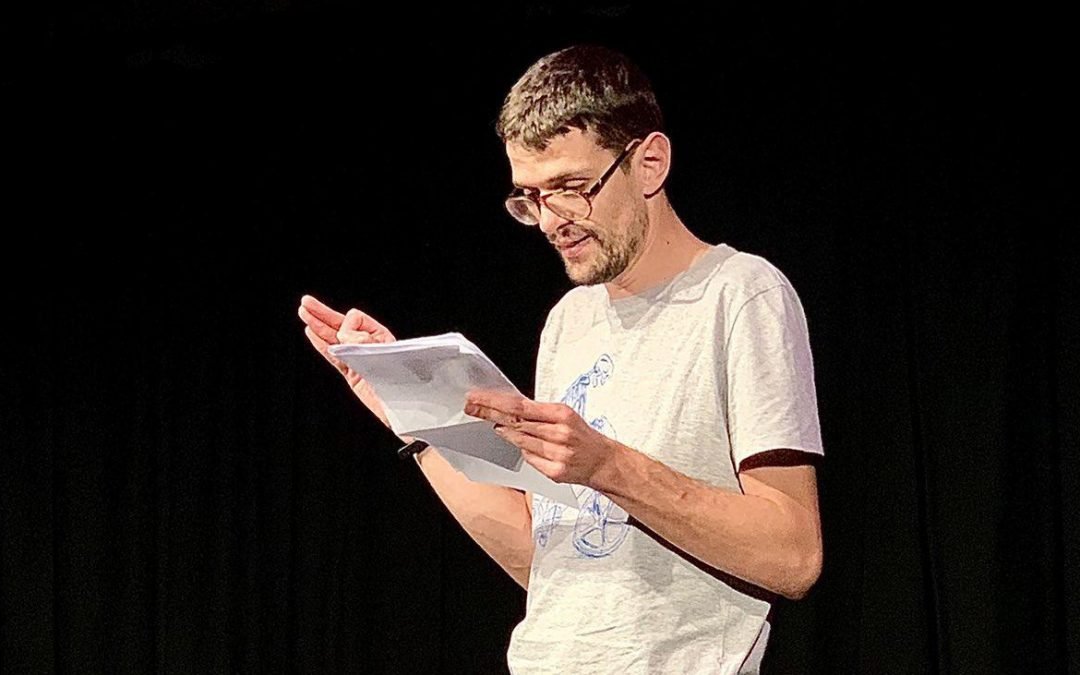 Put inside facing the outside world

Just a creature to be looked at and stroked

Others rolled on their bellies, I sat growling

What are doing they said

I don’t want to be special

I just want to be Neal whoever that is

I’d rather be dead than live here a place that

Waters down hopes and optimism

Live inside till you’re old dead

I wanted to write, you said that is not a realism

It was just something I wasn’t terrible at.

I didn’t like putting myself boxes and I still don’t really but I accept I am a writer with a disability, a writer whose main aim is to uplift other disabled artists and writers.

I now proudly label myself as having learning disabilities as well as joint related issues but back in 2014, I was just a writer albeit a very new writer. I didn’t like putting myself boxes and I still don’t really but I accept I am a writer with a disability, a writer whose main aim is to uplift other disabled artists and writers.

Why do I do this? Because early in my writing journey I realised we often get ignored mainly, because there isn’t enough recognition or money to go around, but I am not someone who can be told no. I quietly or more often unquietly crack on with whatever I need to do.

I am very proud of the Tentacles collective, admittedly I tried to do too much on my own and it suffered but the people who came to the workshops at Nottingham Playhouse were very happy that a writer of disability started this. Thank you, City of Literature, for helping me start Tentacles, it will be back.

I was told not to write a show because I wasn’t big enough and nobody would see it. Again, I did the opposite. To be fair, said person had a point, but I wanted to show what Special Educational Needs schools in the 90s were like. In my case they were mixed. I was in an odd place of not having too much of a disability or not being abled enough for mainstream school, especially in the 90s. I have a stutter and my writing is illegible, I would be a walking target, however I was a walking target at my school.

Accessibility is very important to me: why write a show or shows or poems about what it to means to have disabilities when people of disability can’t make it? All my shows are BSL interpreted and relaxed which means everyone can be themselves. House lights are on so people can make noise and move freely.

What is next for me? I am someone who does not like being quiet. I am currently working on my next show called ‘The Walk’ about walking grandads and other lovely stuff. My next poetry pamphlet is called ‘Whatever You Say I Am that’s What I Am Not’. Yes, I’m taking the title back to Nottingham.

Neal Pike is a Nottingham poet, performer, theatre maker and workshop facilitator. A former Mouthy Poet, Neal has performed across the UK and internationally. Neal founded the poetry collective, Tentacles, the UK’s first disability writer’s collective. Read more about Neal and his work on his website.