Henry Normal: From St Anns to the Edges of the Universe 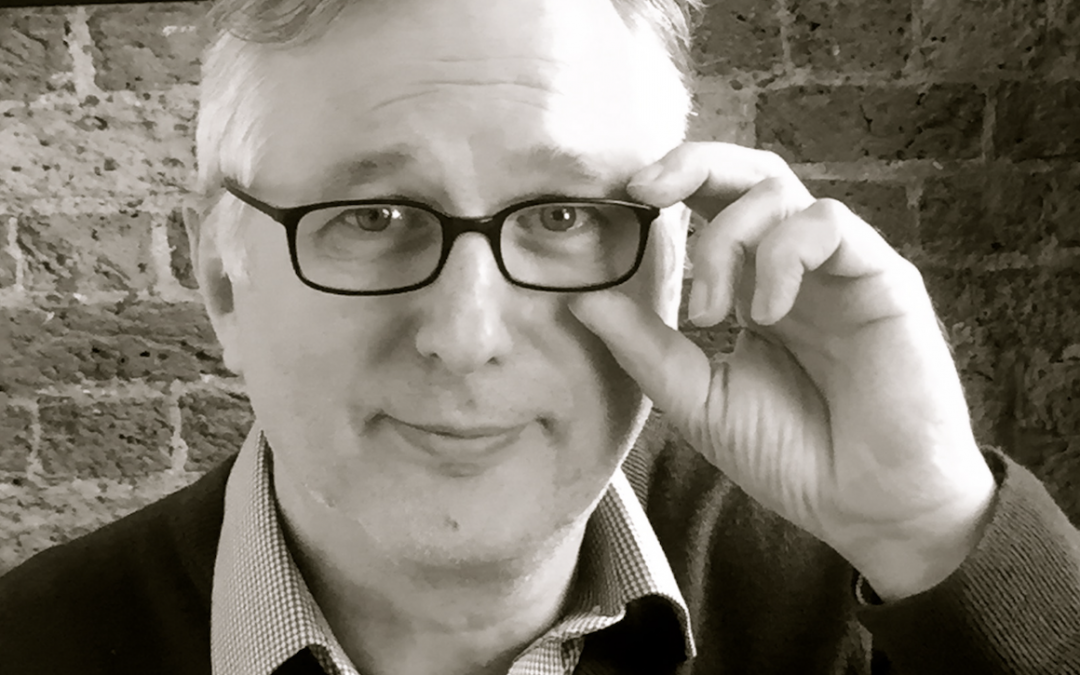 Henry Normal is researching when I call him and keen to share something he’s been reading about “We only know what 5% of the Universe is made of’ he tells me, with evident awe in his voice ‘The rest is still a mystery”

This might seem like an unlikely subject to start a conversation about poetry with, but Henry’s thoughts –and poetry – have latterly become increasingly dominated by questions of the strangeness of the world we live in and the wider –much wider- universe. His latest collection ‘Strikingly Invisible’ takes the cosmos as its subject matter just as readily as much as questions on the human condition or comic looks at the way we structure relationships. He explores the satellites gazing down at penguins; the moon (where he finds 96 bags of poo), and the fundamental building blocks of matter, as well as a staggering range of work that effortlessly moves from the laugh out loud to the throat-lumping, tear-beading personal and profound.

“As you get older you change how you perceive the universe. Your relationship with the universe changes: when you’re younger your world centre around obsessions with a boyfriend or girlfriend, when you get older you start to look outwards, it feels urgent. Poetry is a way of communication – it’s how we individually perceive.”

Communication is an important aspect of Henry’s work, and it’s easy to see why. Growing up in St. Anns and Bilborough his love of words increasingly threatened isolation. “I grew up on council estates, where there were no social clubs, no art galleries, theatres or anything like that, you had to go into town, even then it was sparse”

A charismatic and progressive teacher at William Sharp school, who encouraged pupils to look for poetry in Bob Dylan and John Lennon lyrics, and the trinity of Selectadisc (RIP), The Midland Group and Five Leaves Books forbearer Mushroom Books all threw lifelines to the young Henry (then known as Peter Carroll –the Henry Normal was a stage name that stuck, inspired by his habit of turning up to gigs dressed in a much more sober fashion than other comedians and poets. He still cuts a fine figure in a nice cardigan). “They all helped me find like-minds, in those days before social media. They would be the places you’d realise others were out there.”

A visit to Central Library led him to discover a writer’s group, which he promptly joined, and began to develop his writing. At the group’s Christmas party he was encouraged to get on stage and perform, and after getting a great reception decided that this was for him. A book of poems followed “I published it when I was 19; Mushroom books were the first to stock it. “It was called ‘Is Love Science Fiction?’I was a young man trying to fall in love in a city where there is meant to be six women to every bloke but obviously some bogger was walking around with twelve”.

Life would eventually take him away from Nottingham, briefly living in Hull “On the same street as Philip Larkin, though I didn’t know at the time”, Chesterfield (where he discovered the new wave of ‘ranting poets’ such as Steven ‘Swells’ Wells and Joolz Denby), then Manchester. It’s here, where he met young creatives such as Lemn Sissay and Steve Coogan, that things started to take off, co-founding the Live Poets Society, dedicated to democratising poetry. Tours with a pre-Common People Pulp followed, before TV came knocking. He was given his own show with two fresh new comedy faces, Jenny Éclair and Frank Skinner in the criminally underrated meta-sitcom / comedy showcase ‘Packet of Three’ (the show spawned my favourite ever joke, though perhaps not suitable to be repeated here).

(Baby Cow) was based on the Selectadisc model: enthusiasts wanting to help -and create more -enthusiasts

Manchester’s prodigious cultural explosion of the late eighties and early nineties saw comedians such as Steve Coogan and Caroline Aherne cut through to a mainstream audience, with Henry very much central to the scen. He’d write with both to create some of the most hilarious shows and characters: Paul Calf, Mrs Merton, The Royle Family – where the set-up for the first scene of the first episode, with Jim studying an itemised phone bill and asks, perplexed, ‘Who’s been ringing Aberdeen?’ is a direct steal from his own dad – and many more. TV production followed, setting up the wildly successful Baby Cow – ‘based on the Selectadisc model of enthusiasts wanting to help and create more enthusiasts’ – with Steve Coogan, which took in so many awards including a slew of BAFTAs many mantelpieces had to be reinforced. Many comedians, from Jimmy Carr to the Mighty Boosh; Robin Ince to John Bishop; have had Henry play a vital role in getting the TV careers they now enjoy. It’s not all comedy though: the heart-breaking, Oscar nominated ‘Philomena’ came from the same stable with Henry as Executive Producer.

Somehow he also found time to set up the Manchester Poetry Festival (now the Manchester Literary Festival, and very much part of Manchester UNESCO City of Literature -it celebrates its 25th anniversary this year) and, in 2015, just a few weeks before UNESCO announced Nottingham’s designation as a City of Literature. He retired from Baby Cow soon after, freeing him up to be a more frequent visitor to Nottingham, expending much energy into making poetry accessible and show that if a kid from a Nottingham council estate can go on to such success, then anyone can.

“It’s a sense of community. We are linked, we’re all connected,we all have a common ancestor. I’ve always felt we have to build those communities, and support each other. I’ve always had that about me, as I know what it’s like to have to seek out others with the same interests. Things like Notts TV, Nottingham Poetry Festival – these are all things that try and do that, to show that this is for us” The Poetry Festival often pairs up fledgling local poets with nationally renowned poets, giving the local poets a chance to show their work to a much wider audience than Nottingham.

His work has led to honorary degrees, being made a Patron of Nottingham City of Literature, a Castle Rock beer (4.2%, with understated and subtle with hints of dark fruit and spice, apparently); and even a bus named after him – the pink double-decker NCT 28 to his former town of Bilborough. He gigs frequently, has a critically acclaimed series of BBC Radio 4 series and more projects, plans and aspirations than it’s possible to list. It’s been quite a journey for that young council estate lad, reading Alan Sillitoe and Spike Milligan in his bedroom and thinking ‘I could do this’. It must make you feel a bit awestruck, I ask.

“We don’t know what 95% of the universe is made of’ he replies ‘There’s no point in being ‘the big I am’ when you put it against stuff like that”, and with that he returns to his studies, furthering his journey from St Anns to the edges of the cosmos.