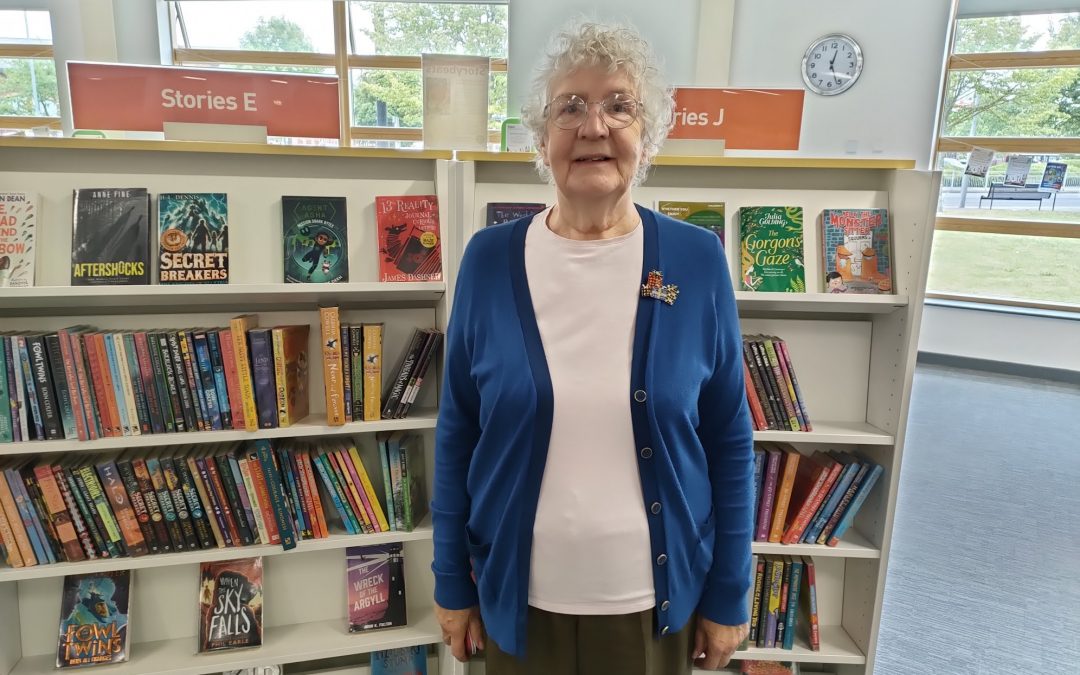 Hull is perhaps not the first name that jumps to mind when considering holiday destinations.

While the city that Larkin adopted has much to be proud of, it’s rarely seen scrawled across posters in travel agent windows. Nevertheless, in an early-eighties summer, my best friend and I were packed off to his aunties house on the outskirts of the city, for a week which involved looking at the Humber Bridge, wall-ball, Spurn Head, failing to see any of the Housemartins, wall-ball, a showing of A View to a Kill and wall-ball. By the end of that week, we were perhaps the world’s best wall-ball players.

Yet I remember the holiday more for one reason above any other, even above the sight of Roger Moore clambering the Golden Gate Bridge. A paperback book, with a young girl on the front, and a decision to read it. I’d already read the library books I’d packed, so it would have to do. Yes, it had a girl on the front,but there was something mischievous about her. but she looked fun. Tentatively, I gave it a go. Within three pages I was blown away. By the last hilarious line I was convinced I’d found the funniest book ever written. On return to Notts, I was straight down Stapleford Library filling in request slips for the sequels.

Gwen Grant’s Private Keep Out! is the first in a trilogy told from the perspective of a young girl in a post-war, North Notts mining town. The unnamed narrator tells the story in real-time, sketching down stories as they happen, and this is where the magic happens. She’s hilarious, candid, and mischievous, vying for attention in a big family with little means. She has guts, she has spleen, and she has heart. She is one of the most convincing, most human, and most fun characters to have ever been created.

Grant effortlessly channels what it is to be young, the seeming outrageous inequities, the impulsive rush to entertain yourself without thought for consequence, and the sheer vim of being alive. There are few gray areas: things – siblings, Sunday School, babies – are anathema at times, loved completely at others. It’s breathlessly brilliant. If a good book takes you for a walk in another’s shoes, this is an exhilaratingly fast clatter in scuffed pumps.

My husband bought a typewriter for £5 which we could barely afford so I thought ‘Well, I better write something to pay for it’

Opinions are set down with the definitive confidence of youth. Life is a constant jostle for limited resources, requiring inventiveness and cunning. We are with the narrator throughout, seeing the world through their eyes rather than from the removal necessary from a third-person perspective. It was a book that didn’t just speak to me, rather than at me; it also spoke like I spoke: mums are ‘mams’, you run ‘like the clappers’. I’d not realised books were allowed to do this, not allowed to speak as we did. It felt as anarchistic and free as this girl so vibrantly venting her thoughts. It is funny, deeply, honestly funny; sometimes slow-burn; sometimes crashing-in hilarity.

The trilogy had a degree of success – Private Keep Out! is a recently republished Penguin Classic, and was shortlisted for the Carnegie Award – but has as yet failed, as the journalist Lucy Mangan noted “ to rank alongside Just William as an indispensable part of the children’s canon”. It is, Mangan goes on to say “…the public has been deprived of one…of the funniest children’s books ever written”. It’s long due for a reappraisal.

Gwen still lives and writes in Worksop. We meet her in the fine library there, a place she obviously knows well. Despite now being in her eighties, she has very much retained a youthful glint to her eyes, a cheeky edge to her smile, and curiosity and kindness about her person. We talk about how she began writing ‘I just write’ she explains, as other’s would describe breathing ‘My husband bought a typewriter for £5 which we could barely afford so I thought ‘Well, I better write something to pay for it’, and went for it’. This is no mean-feat: Worksop was very much a pit town then, with much of the town’s economy centred around those men pick-axing black gold deep beneath the earth.

Men went down the pit or worked in the many support industries; women were expected to be homemakers. Poverty was rife, but where Gwen’s family lacked money, they were rich in aspiration “I was always encouraged to believe that if the commitment was there, I could do anything I set my mind to. I wanted to be a writer and because my parents believed that all men are created equal and taught that to their children, I set out full of hope and confidence until I made my dream a reality” A degree in Humanities from the Open University opened up options, and her writing career began.

Yet it isn’t just about the books. Over the decades, Gwen has been inspiring aspirant writers directly through school visits. A mention of her name on social media draws much appreciative attention “She came to our school: amazing!” is a typical response “I first read her after she came to her school, and couldn’t believe how funny her books were’ is another. ‘Children once saw me as like their mum, but a writer” she tells us “Now it’s more like their granny”. It’s that connection, that realisation that writer’s don’t all come from some higher, unattainable plane, but walk amongst us in our communities, speak as we speak – that is so powerful. Many successful local writers describe the epiphany that made them realise ‘this is for me’ as being the moment they read Sillitoe and thought ‘They speak like I speak -how is that allowed’; or better still, they meet a writer, and discover that they are real, they are human. Gwen Grant has been that inspiration many, many times, sparking inspiration and kindling careers.

She talks passionately about the power of words, with particular concern about the denigration of English Literature as a viable subject. We meet days after Sheffield Hallam University suspend their degree in Eng Lit due to government pressure to not run subjects with no direct vocational, and she makes her unhappiness with this decision known: “It’s awful, it limits the dreams of those who want to write”, a view shared with fellow North Nott’s writer James Graham.

As city types based down in the South East of the County, we often don’t realise the vast amount of history, talent and brimming potential that lies to our north, in areas that are all too easily written off as ‘former mining towns’. It’s an ignorance – a microcosm of how England works as a whole – that is detrimental to all. Gwen tells us ruefully “No one comes here” , and waves around at Worksop, and she has a point. Over the next few weeks, we will be running a series of articles to work to redress this imbalance: telling the stories further up the Robin Hood Line. Gwen proves that it has riches needing to be shared.

Gwen is currently in the process of digitising the other two books in the trilogy, a process she’s finding ‘long, slow and difficult work’. Here’s a call out, therefore: if you have the skills to get books off the page and onto a digital file, then let us know at matt@nottmcityoflit.org.