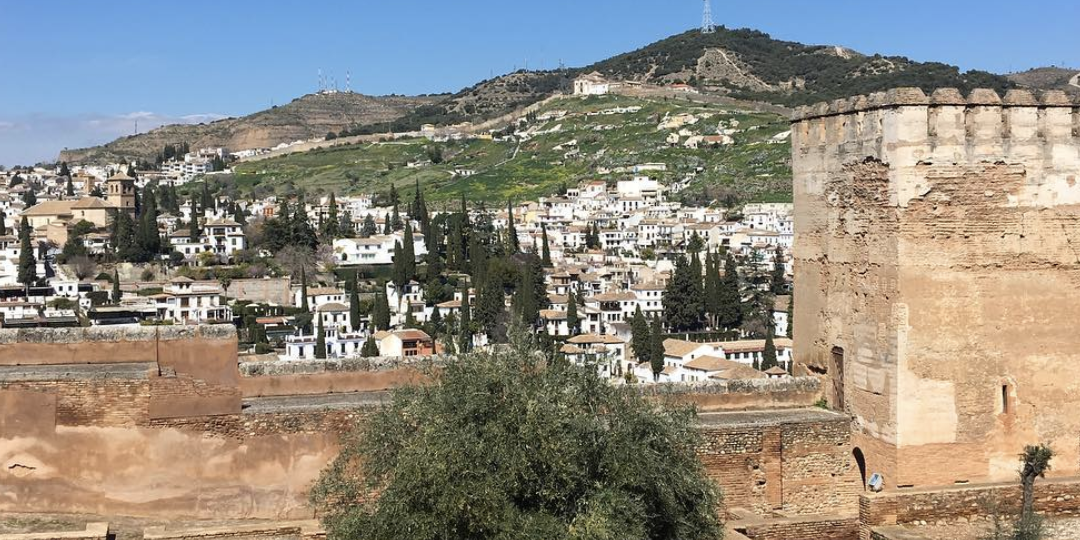 Last week, as part of the UNESCO Creative Cities of Literature programme, we sent Nottingham’s Young Poet Laureate Georgina Wilding on a big adventure across Europe to Granada in Spain.

Georgina was invited by the team at Granada City of Literature to perform in the city as part of their World Poetry Day celebrations on Wednesday 21st March.

Despite some pretty substantial flight delays, Georgina and the team arrived safely in Granada on Monday, and hit the ground running, embarking upon a three-day itinerary of Spanish poetic goodness, organised by the Granada office!

Georgina’s poetry was performed at a local spoken word event in the city on Monday night, and she also took part in a press conference at City Hall alongside Nottingham City of Literature’s Director Sandeep Mahal. During the press conference, Georgina and Sandeep rubbed shoulders with the Mayor of Granada, talked about the World Poetry Day celebrations, and chatted to the press about the importance of artistic exchange in fostering positive relations between countries across the world.

The Granada City of Literature team recorded an interview with Georgina and made a video of her performing one of her poems in the splendid surroundings of the Federico Garcia Lorca centre. They also arranged for Georgina to recite a selection of children’s poems in English at Inglés Divertido bookshop in the city, and her performance went down a storm with the toddlers too. (A notoriously tricky audience!) 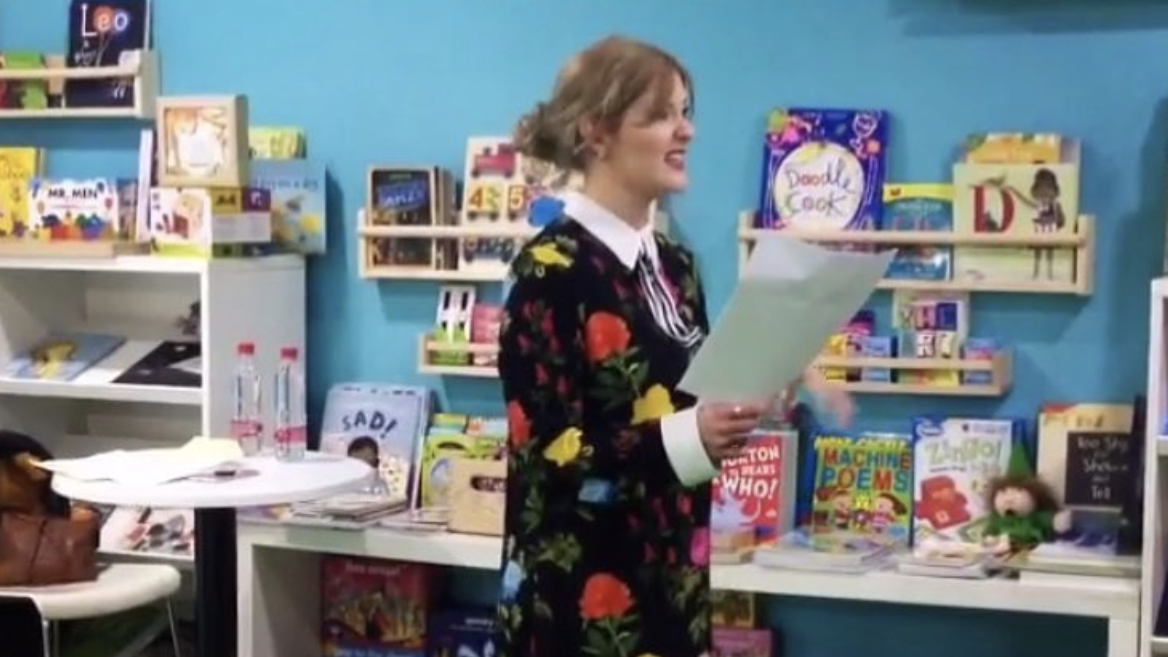 The performance, which was held at the Federico Garcia Lorca centre, was one of thirteen events happening simultaneous in cities of literature around the world.

World Poetry Day is an event which is occurs annually on 21st March, and honours writers and readers of poetry, celebrating an art-form that has been practiced across the world for thousands of years.

“On World Poetry Day, we celebrate our ability to join together, in a spirit of solidarity and passion to ignite creativity and bring more poetry into the world” said Sandeep Mahal during the event.

Georgina’s performance was warmly received by the assembled crowds, and during her short visit to Granada, she was overwhelmed by the kind hospitality of the Granada City of Literature office.

Georgina and the team were even able to squeeze in a short visit to the Alhambra, a beautiful palace built in the hills above Granada, and one of the city’s finest architectural treasures.

The whirlwind visit was soon over, but the team are already planning their next visit to this gorgeous Andalusian city!