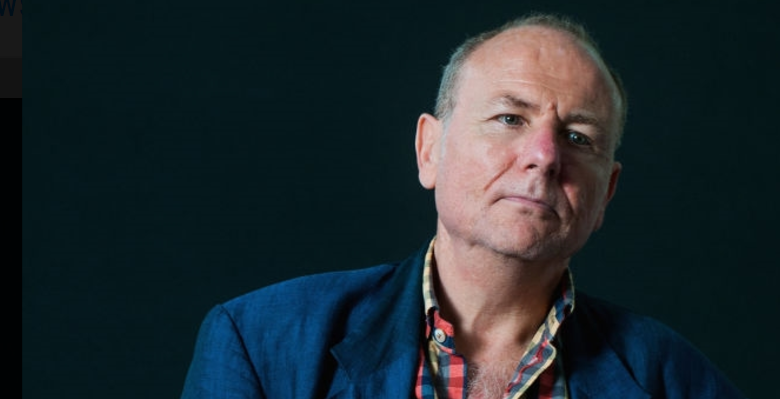 Few books don’t have their own story about the process that brings them from a few tatty notes to a fully-fledged, ISBN-deserving piece of art. Yet it would be surprising to imagine many have had anything like the journey as Graham Caveney’s ‘The Boy With The Perpetual Nervousness’, which has seen alcoholism, a local bookshop and, ultimately, a mischievous email sent by an actor most people will know as Coronation Street’s erstwhile Hayley Cropper.

The book itself is a memoir that deals with the abuse Caveney suffered as a Catholic schoolboy in his native Lancashire during the early Eighties. What stands it apart from the usual misery-lit cliché-packed hordes is the fact that Caveney writes with such wit and honesty he creates an autobiography utterly unlike any you’ve read before, a rare book that possesses both a brain, a backbone and a heart, a book that feels distinctly…well, human.

This is a book that is not just defiant to the abuser who is central to the story, or those who facilitated the abuse; but defiant to any reader who thinks a story like his can be neatly packaged into a formulaic narrative. It’s furious, occasionally hilarious, a rush of a book that will prove a nightmare to a librarian hoping to allocate a Dewey number. Caveney brings his teenage years to life, not showing an abused boy, but a boy who was abused. His abuser- his Head teacher-, is no clichéd bad-guy, but a man with great taste in culture and an infallible worldliness that so easily lured in the impressionable teenage Caveney. This allows a greater fury to power the story: who was I to be abused? Who could I have been?

Caveney has been several people over his life. Naïve, precocious working class kid; life-loving, culture-soaking teenager; troubled adult writer; suicidal, life-crashing alcoholic. He’s now a quiet, self-effacing man in his early fifties. There is evidence of his previous self-destruction writ all over his face, yet the grizzled features are softened by an almost avuncular kindness. He can often be seen in the coffee shops of Beeston (where he lives) or Nottingham, sipping at a mug while his eyes dart over whichever obscure chunk of paper-backed esotericism he’s found in the Oxfam bookshop. He’s the type of man you see around who you know has a story,  a story not easily given up. Until now.

Having written for Time Out, Melody Maker and other magazines of a cultural bent; and authored several well-received books on the Beats and William Burroughs, Caveney moved to Nottingham in 1999, to teach a one year course at the University of Nottingham on American Literature. Despite being taken by his new city almost immediately things soon ‘Turned to shit. My mum died. It threw me. I got a bit of money from her house, which I drank’.

There is nothing glamorous in booze, nothing that spurs creativity. I could barely read, let alone write

For the next few years, drink became his life. Or rather, his death “Drink is a slow suicide” he tells me “A bloat, a cowardly way out. My life swiftly went from some sort of functioning existence to merely waking to walk the few yards to the offy each day, then home, behind constantly closed curtains” He still wrote on occasion, being published by the Independent and others, but gradually that ebbed away. “Booze is jealous. It pushes everything else out. There is nothing glamorous in booze, nothing that spurs creativity. I could barely read, let alone write” His health collapsed, with jaundice and legs swollen to the point he struggled to walk.

Driving all this was the guilt of abuse, and the inability to reconcile what had happened as a teenager with the person he was now. It is hardly a fresh thought to suggest childhood abuse ruins adult life, but what is rarely explored is how it ruins them in such differently awful ways. It’s also testament to the taboo nature of abuse that we have no cogent vernacular to talk about ‘abuse’, instead taking refuge in coquettish, displaced terms such as ‘historic abuse’: as if such actions are as dead and buried as ancient monarchs rather than living on in the wrecked lives of those who can never historicise the past.

Most ‘survivors’ (another bizarre term Caveney finds disdain in, as if the abused had somehow walked away from some natural disaster) will take their stories to the grave, always lost deep in unplumbed depths, festering. Caveney should have been one of those people, another middle-aged soak who had squandered what promise he had, with his family and friend’s ‘What went wrong?’ mutters barely audible as the soil sprinkles down up onto a cheap coffin. 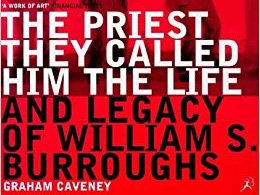 Yet others stepped in before this logical conclusion. Caveney particularly praises ‘A neighbour, a Dutch woman who bought me soup, helped me with my bills and would never judge me. She was simply kind. She had no reason to believe I had potential to stop killing myself, but she kept me alive”. Gradually, he began to see light, and after many false starts,  a decision was made to enter rehab “The cruellest thing is that when you make that decision, it can’t start immediately. You have to wait for a bed, and you’re warned stopping drinking will likely kill you, so you have to carry on drinking, literally for medical reasons. It’s the grimmest drinking you’ll know”

A gruelling regime of pills and vitamins shots, hours with ‘the rattle’ (the severe delirium tremens that takes hold on withdrawal), drips running into veins: the process was cold, clinical and dehumanising. Yet it worked, and in the Autumn of 2009 he walked from the unit weak, but his system completely wrung of booze. 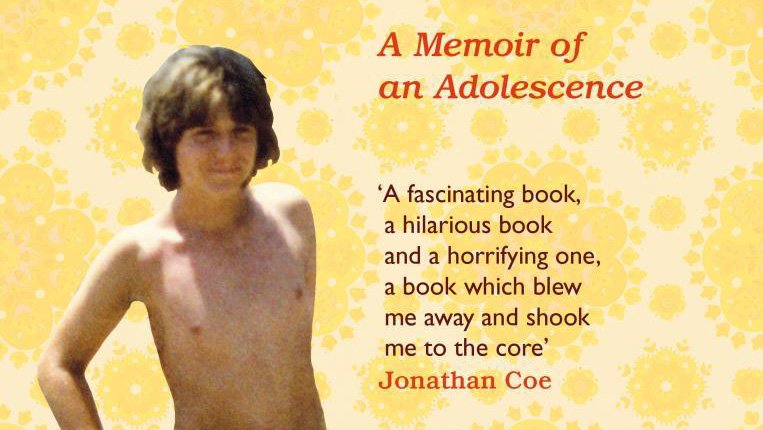 The Boy With The Perpetual Nervousness

He began writing the memoir in 2014, after working at Five Leaves. He gives enormous credit to Nottingham’s famous independent book shop for ‘Employing me when I was essentially unemployable, and reintroducing me to books. Seeing them as tangible things, and seeing them as simultaneously magical and everyday was a jolt of recognition that suddenly made me think “I could write again”.

Taking his abuse as subject matter, he began a ‘truly awful’ novel. “It started with the line “One morning, after a night of restless dreams, a young man named Gregory Kavanagh awoke to find himself transformed into a Catholic priest” and went downhill from there”. He scrapped it, and began putting together scraps of memory until they began to form into something narrative. The actor Julie Hesmondhalgh, who shot to fame as Hayley in Coronation Street and has known Caveney for decades, read some of these pieces. “I sent them as explanatory notes, to try and contextualise my behaviour over the last few years. It was a sort of therapy: writing itself isn’t necessarily cathartic, but it does dislodge the pain’. She encouraged publication, but when Caveney expressed reluctance, Hesmondhalgh sent excerpts to the novelist Jonathan Coe, a mutual friend.  She informed Caveney with a simple email with the subject header ‘Oops’.

“It blew me away and shook me to the core” was Coe’s response. He took it to publishers, and eventually Picador came forward and offered to buy it. Contracts were signed on 11th December 2015, the very same day Nottingham became a UNESCO City of Literature.  He was allocated an editor, Ansa Khan Khattack “A wonderful person to work with. Efficiently professional, yet full of empathy. She taught me to trust the reader, applying a scalpel and cutting out around 10,000 words. She is one of those rare people who can see the statue in the block of clay”. The book was picked up by Simon and Shuster for the US market before it had come out of the editing process. 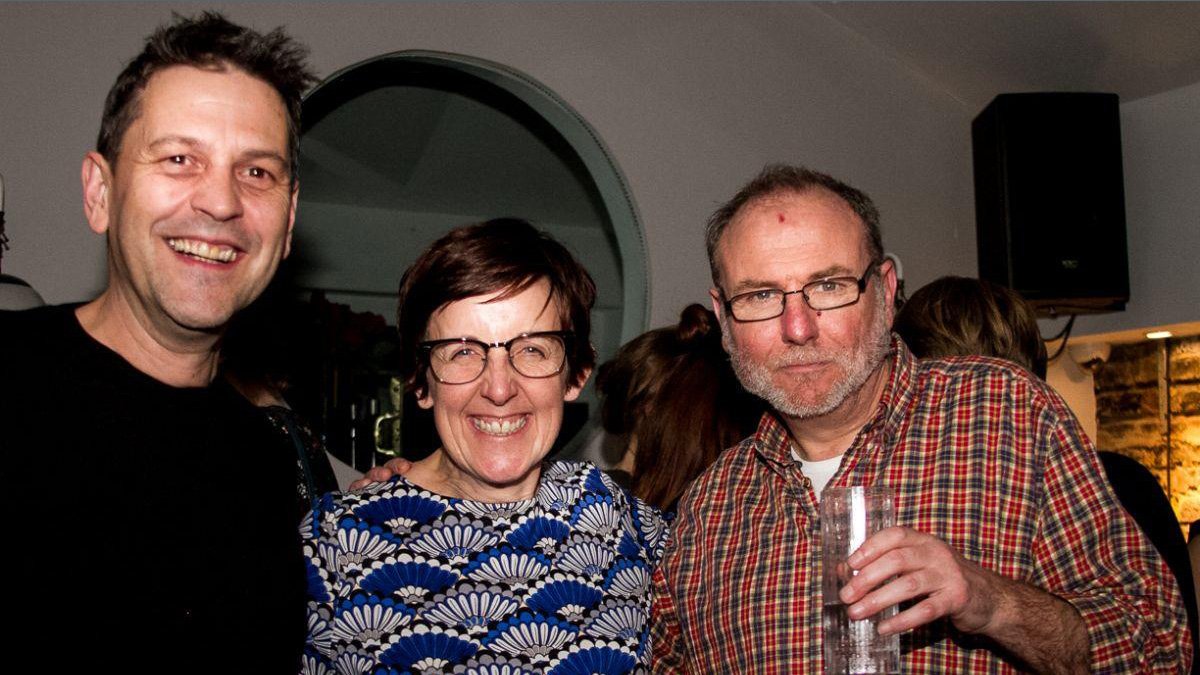 Naturally, Nottingham played host to the launch, a few weeks before the commercial release. A packed Nottingham Contemporary gathered to listen to Caveney speak about his work, introduced to the stage by the man who inadvertently played a great part in the book’s journey: Ross Bradshaw of Five Leaves bookshop. Superb reviews followed in the Times, The Sunday Times and The Observer, all struck by the way Caveney subverts a genre and the sheer verve of his prose. The revelations in the book have already led to his former school removing the name of his (now dead) abuser from its memorials (a drama wing had previously been named in his honour), and the Catholic Church is goign through some serious soul-searching as details about the way they dealt with the abuse become apparent. When the Guardian calls the book ‘important’, they’re not overstating.

Nottingham has a new star in its midst, and we can thank the mischievousness of a Lancashire actress for ensuring that a vital story has been told.

The Boy With The Perpetual Nervousness is out now.