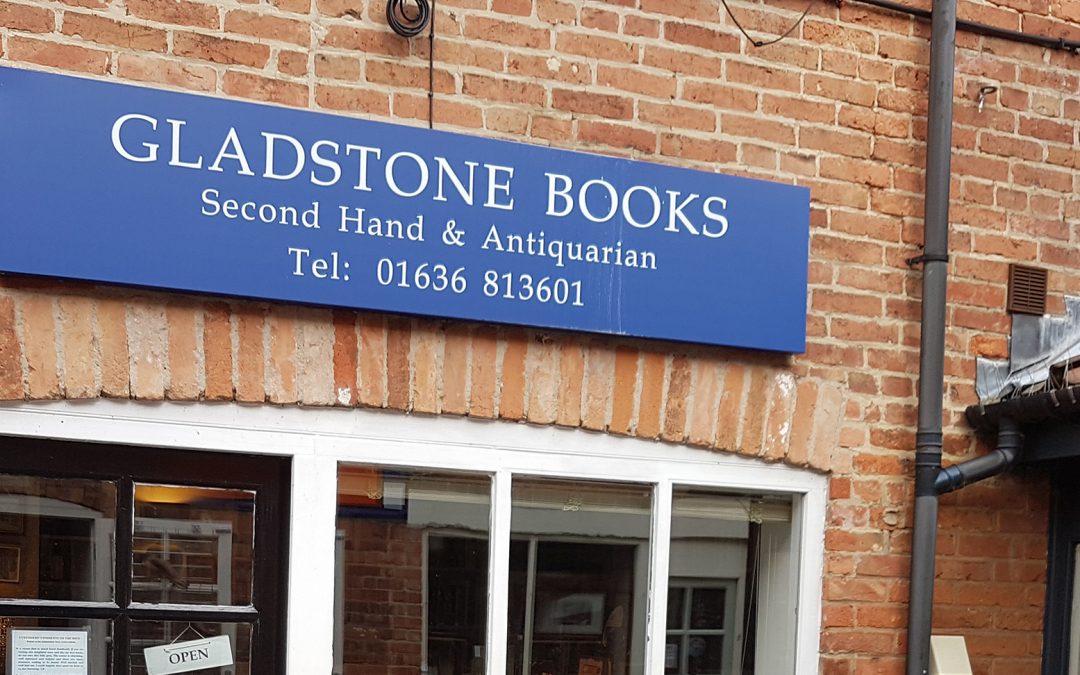 The magic of finding a book shop is often not just the stock within, ripe for exploring, but the evident care and love that has gone into the whole venture. Bibliophiles are often by the very nature of their passion a quiet bunch, so to feel in the company of others is a chance to feel amongst friends, both in the staff and the volumes that fill the shelves.

Stepping into the small yet homely Gladstone Books in the centre of Southwell is exactly that. Located just off the main road running close by the staggeringly beautiful Minster, it is a place you instantly know you can get lost in. I’m here not to meet the books, however, but to meet the owner, an avuncular man by the name of Ben Mepham, who warmly welcomes me when I visit the town.

Ben is a retired professor, but not, as you might expect, in English or the humanities. Rather, he comes from a scientific background, but moved into the field of bioethics mid-career. The youngest of three children of elderly parents he was brought up in 1940s industrial South Wales,  a fact betrayed by the gentle rolling lilt in his voice. After experiencing a disruptive education (attending three grammar schools because of family moves), he graduated in physiology at University College London, before pursuing doctoral research at Cambridge and then becoming a lecturer at Nottingham University – where in 1993 he established the ( still-thriving), Centre for Applied Bioethics.

Yet a relentless autodidactic itch led him to develop hinterlands every bit as rich as his actual field of expertise, all fuelled by an insatiable appetite for reading. He suggests that his breadth of interests was influenced by the fact that while an undergraduate he lived for three years in the contrasting academic environment of a Hampstead theological college, where he honed the debating skills which are often apparent during conversations.

But he retains an interest in science (evident in his election as a Fellow of the Royal Society of Biology), and demonstrated by his appointment as the Founding Director of the Food Ethics Council, an NGO that he describes as adopting a ‘green of centre’ stance in seeking to influence political decisions related to food production, marketing and consumption. He was a member of the Government’s Biotechnology Commission, and has written several books on bioethical concerns. His enduring passion for books is reflected in a large personal library assembled over a period of 55 years.

He started Gladstone Books in Newark in 2001, named after four-times Prime Minsiter William Gladstone, who first entered parliament as MP for Newark: a great bibliophile himself. Around 2005, after retirement from the University, Ben moved his book business to Lincoln, and 10 years later to Southwell, where he lives.

His collection of books in the shop is a pleasantly esoteric and mildly eccentric medley of classical fiction, poetry, philosophy, history, science and anything else that he finds interesting and thinks others might too. This is the art of the bookseller: to be perpetually fascinated, an eternal enthusiast. Genres, classifications and pigeon holes must be eschewed for the simple criterion: is it a good read? As I flit from one book to another, I find myself mentally stocking my own shelves. 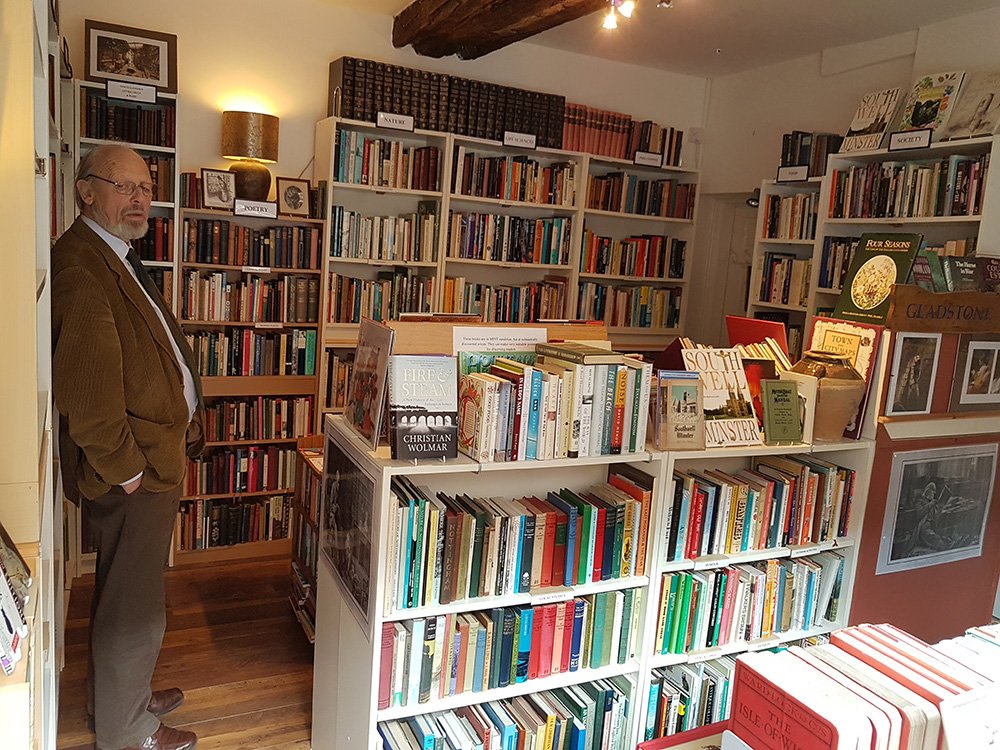 This is the art of the bookseller: to be perpetually fascinated, an eternal enthusiast.
Ben Mepham in Gladstone Books

When I point out books I like – and there are many – Ben will have a story behind it, a particular fascination he will cheerfully relate as if talking about a close friend or family member. This is never in a preachy, condescending manner, but that of the true enthusiast who is delighted to share his interests with you. I feel I could stay here all day, and wish I had a slightly fatter wallet than I do (though the books are great value). I eventually settle for the authoritative but entertaining ‘Nottingham: A History’, a mint condition first edition written by that other insatiable bibliophile, Geoffrey Trease.

But Ben has promised to show me the town, particularly the Minster. Here, he brings the place to life with his stories and observations, telling tales of Cromwellian vandals, leaf-carving stonemasons and anything else that crosses his restlessly fascinated mind. After my last visit to the great church 35 years ago, towed along grudgingly by parents, I find the infectious joy of an enthusiast proves to be a much finer way to see the vast building.

As with churches, so with bookshops. Those secular temples to the intellect haven’t had an easy time of it as Amazon gobbles up trade. The saying ‘Amazon is where you find the book you want, bookshops are where you find the book you didn’t know you wanted’ holds true here and with people like Ben at their helm are as irreplaceable and cherishable as any intricately carved chapterhouse or stained glass windows. If you’re in Southwell, and find the cavernous cathedral becomes too much, seek solace and enjoy a more personal fascination both on the shelves and with the man who curates them.