Follow The Moon and Stars: A Story of Notts Lit 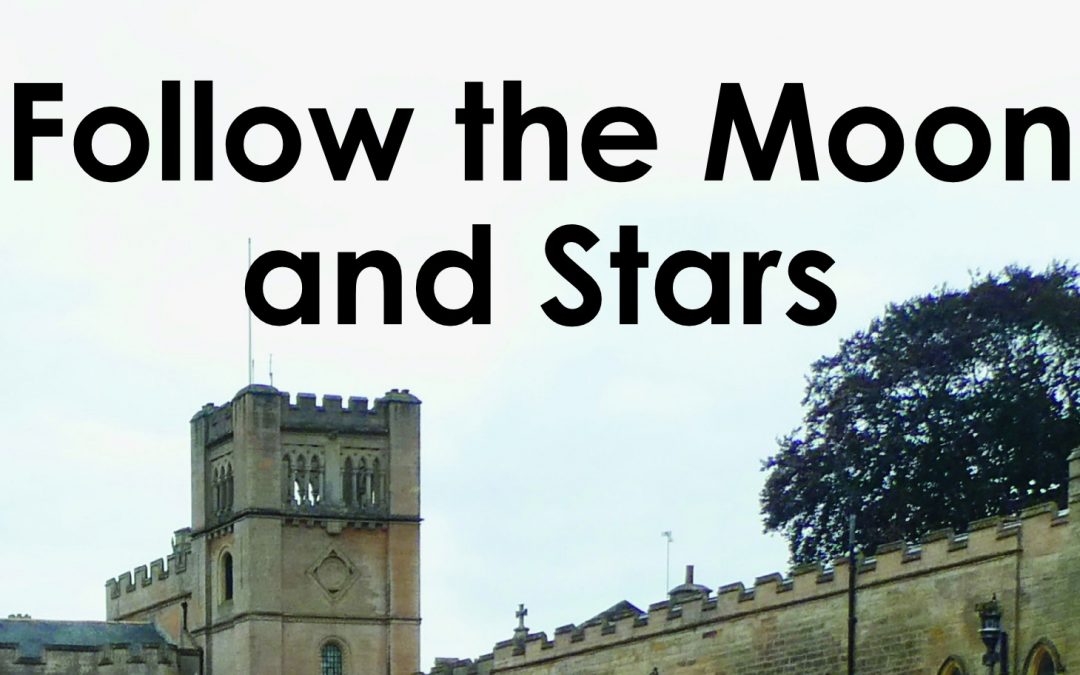 We chat with the book’s author John Baird.

Tell us about your new book Follow the Moon and Stars?

It is a celebration of our county’s literary achievements, past and present, with a strong focus on place. We go on a journey through eighty of Nottinghamshire literary locations, taking in many of the lost, little-known and well-loved places that have played a part in our remarkable heritage.

In his foreword, Patrick Limb, Chair, Nottingham UNESCO City of Literature, described the book as “part historical, but it’s also anecdotal, biographical, cultural, and littered with gems for those in the grip of “quote-o-mania”.

How did the book come about?

Aware of my series of posts for this website, Five Leaves’ Ross Bradshaw asked if I’d like to turn the Literary Locations articles into a book. By the time I’d expanded it we were looking at about 125,000 words with over 200 (mostly colour) illustrations. We thought about splitting it into two books, one for the city locations and the other for the county but it was decided we’d go for one big book, which ended up being divided into three. All human life is here, as well as the old slums of Nottingham and some fabulously wealthy country houses.

Who is the book for?

It’s for locals, tourists and anyone interested in our county’s literature or history. If you care that Sir Arthur Conan Doyle wrote a long poem about Bendigo then this book is definitely for you.

Amongst the pubs, hotels, churches and grand houses were there any surprises?

Plenty. It was a real treasure hunt.

I found a tatty plaque inside a gazebo next to the Trent where Henry Kirke White wrote poetry. The plaque faces the river so it’s not easy to see. I like that whoever put it up must have known that.

At the back of a church in Car Colston, behind a row of pews, was a neglected stone coffin containing the remains of our most notable historian.

In another church, in Bingham, is a worn floor-stone on which there’s a faint engraved portrait of a man Shakespeare wrote about. Crawling around for it you feel like Indiana Jones. Incidentally, the best lines in Indiana Jones and the Last Crusade were written in secret by a Notts writer (if you want to know who, it’s in the book).

Who is your favourite Notts writer?

The poet and Elston-born – and one-time Nottingham doctor – Erasmus Darwin. The more I read about him, the more I like him. He is as radical a writer as we’ve seen and he terrified the establishment who responded by destroying his reputation as a poet. He was also way ahead of his time. For instance, back in the mid-18th century, he was promoting the health benefits of good ventilation.

This is Charles Darwin’s grandfather?

Yes. I’m a Charles Darwin fan too but Erasmus is the much more interesting character. Charles took the basis of his theory of evolution from Erasmus’s poetry, written 65 years before Charles Darwin’s On the Origin of Species. In the 5th edition of his most famous book, Charles Darwin described his theory as “survival of the fittest”, an often-misinterpreted term that was actually coined by another of our writers, Herbert Spencer, who, for a time, lived in Radford.

Erasmus Darwin’s not our best writer though?

Not even close. I struggle to pick a ‘best’ writer but, objectively, it would be difficult to look past DH Lawrence, given the novels, poems, short stories, plays and letters.

Who is your favourite character from Notts fiction?

That’s so tough. Without Notts there would, arguably, be no Frankenstein, no Peter Pan, no Oliver Twist, no Doctor Dolittle, no Batman, and Chaplin wouldn’t have created his famous tramp. Sillitoe’s Arthur Seaton stands out but he wouldn’t be my favourite. I’ll go for John Harvey’s Charlie Resnick.

There are lots of famous writers in the book?

What about those rediscovered Nottingham writers, who should readers be looking out for?

“She had a good memory, too good, perhaps, since it held her imprisoned in the past.”

“Nobody likes the fellow,” said the Chief Constable. “He is endured because he has money, and can be milked of it providing he thinks he is creating an impression.”

Would you say that Nottingham hasn’t always made the most of its literary achievements?

Most people are aware of Byron and Lawrence but how many know that, between those two, in the mid-19th century, Nottingham possessed a greater literary circle than any comparable town in the world. Since becoming recognised as a UNESCO City of Literature, Nottingham has been much better at showing off our heritage and thriving writing and poetry scene, but, to be fair, Nottingham had its moments prior to its UNESCO status. We held a world class poetry conference in the mid-1960s, a superb Lawrence exhibition in the 1970s, and the world’s biggest crime writing festival in the 1990s, in addition to lots of great book festivals. The biggest change is that we now seem to have a lot more writers and poets and they are building on a great history that goes beyond our fiction.

From ‘social skills’ to dentistry we have written many important works and challenged injustice. In the early 17th century, when faced with strict religious rules, we wrote the first defence of universal religious freedom in English; in the midst of the racial tension and rioting in the 1960s, and in response to the “Keep Britain White” campaign, we wrote an argument against racism and industrial inequality; when Section 28 attempted to remove gay-themed literature, we defied it; even Byron used his maiden speech in the House of Lords to deliver an impassioned defence of the working class labourers. For Notts rebels the pen is mightier than the arrow!

What else can readers expect to discover in Follow the Moon and Stars?

They’ll find out about Nottingham’s Robinson Crusoe, a missionary who was converted to sin; How a Nottingham woman inspired George Eliot’s Adam Bede; Why Philip Larkin always wore a DH Lawrence T-shirt when he mowed his lawn; Which James Bond novel features Nottingham Castle and Sherwood Forest; Who took Agatha Christie for tea in Nottingham’s Arboretum; Which Nottingham writer’s books were bombed by the Nazis; Why Quentin Tarantino said that “Nottingham is a really cool city”; Which Nottingham writer appears in an episode of Monty Python’s Flying Circus; Why Charles Dickens was called to Ada Lovelace’s deathbed; How Alan Sillitoe met his wife in a Nottingham bookshop; Where in Notts the writer of “ashes to ashes, dust to dust” was born; Which Notts venue inspired Washington Irving; and much more…

There will be Notts writers reading this and wondering if they are in the book?

Many of them will be. Others missed out for no reason other than I couldn’t connect them to one of the featured locations. Nottinghamshire owes so much to its writers. On the blog NottsLit there’s an alphabetical LIST OF THE WRITERS and poets that appear in Follow the Moon and Stars. In the words of Spencer T Hall (1812-1885), “Nottingham was remarkable for having turned out many excellent authors.” Hall would have been pleased to find that we’re still turning them out.

In researching the book I particularly enjoyed coming across those occasions when our great writers randomly met, such as when Mary Howitt was walking alone near Annesley when the poet Lord Byron approached, or the time Cecil Roberts bumped into DH Lawrence in a bookshop in France.

Whilst this is the latest book about Notts writers it isn’t the first.

No, we’ve most recently had Rowena Edlin-White’s excellent Exploring Nottinghamshire Writers (Five Leaves) and the innovative Dawn of the Unread (Spokesman Books) by James Walker and Paul Fillingham. Over the years James has written loads of great articles on Notts literature. I reference a few of his LeftLion pieces in the book.

I’d also recommend an older book called Biographical Sketches of Remarkable People. New copies (scanned – Forgotten Books) are available. Originally published in 1873 it’s a series of biographical chapters (and some poems) about many of our 19th century writers.

Follow the Moon and Stars is now available! Get your copy from all the best bookshops, like Nottingham’s Five Leaves.