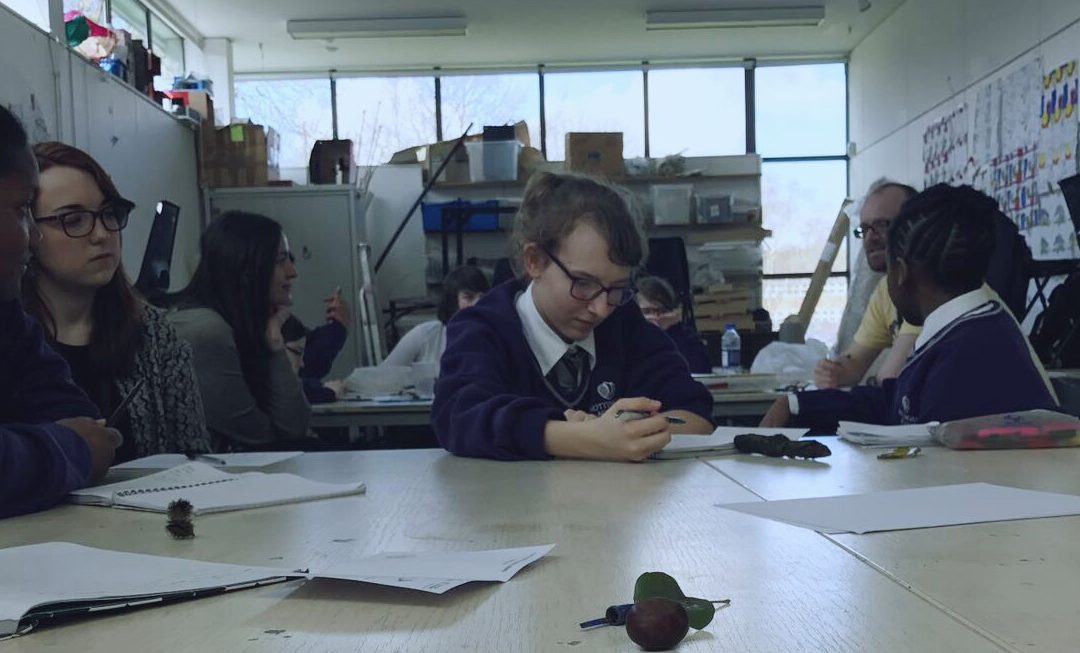 The first student on stage is evidentially nervous. Beforehand, she is huddled with fellow teenagers who are telling her she will be ok. Eventually, she makes her way to the stage, flanked by her friends, and addresses the watching crowd. She takes a second to speak, and her nerves causes a false start. A friend gives her a reassuring pat on the shoulder, and she begins again, stronger:

“Your life will be changed” she says “This is the only place where I have seen my dreams become a reality”.

We’re in the Great Hall at the University of Nottingham, a cavernous auditorium where even the most seasoned of public orators would feel a tug of awe-inspired anxiety. Yet this is where a succession of speakers, students from a variety of schools across the East Midlands, will spend the next hour reading their freshly-written work to an audience of their peers and adults.

They’ve spent their day building up to this with mentors, a selection of local writers who have been bought in to show how to make words work; how to explore the imagination, how to process that, and then make something magic happen on the page. The methods for doing this are fascinating: gathering debris around the campus (fallen leaves, scraps of paper) and using this as a jumping off point for the imagination. These workshops culminate in this: the reading their work aloud.

The event is put together by First Story, a thriving educational charity set up just shy of a decade ago. The organisation was the brainchild of former teacher Katie Waldegrave and writer William Fiennes, to bring writers into schools: both had seen the transformative power of this in their respective roles. The idea spread fast: initially in London, and then out into the UK, reaching the East Midlands in 2010. Each year they:

They’ve been well received here, and judging by the results on show today, its more than fulfilling expectations. A room full of young teenagers might sound like a terrifyingly chaotic thing; yet the focus, enthusiasm and good humour in the room (even after they’ve hepped up on pre-event squash and cake) shows how involved they have been in this.

Children have a sense of the vivid that constantly surprises: to be able to tease that out of them is wonderful. It’s easy to see kids as undeveloped, as a work in progress: then you hear how they use words and realise that is doing them a great disservice. They are a different perspective, not a half-formed one. Take these lines picked out from the event:

breathing life into a unicorn

you can taste salt every time you open your mouth

trees wave like football fans from a Leicester win

keens bashing against the whitewashed cold floor of the swimming pool

who differentiates north from south? 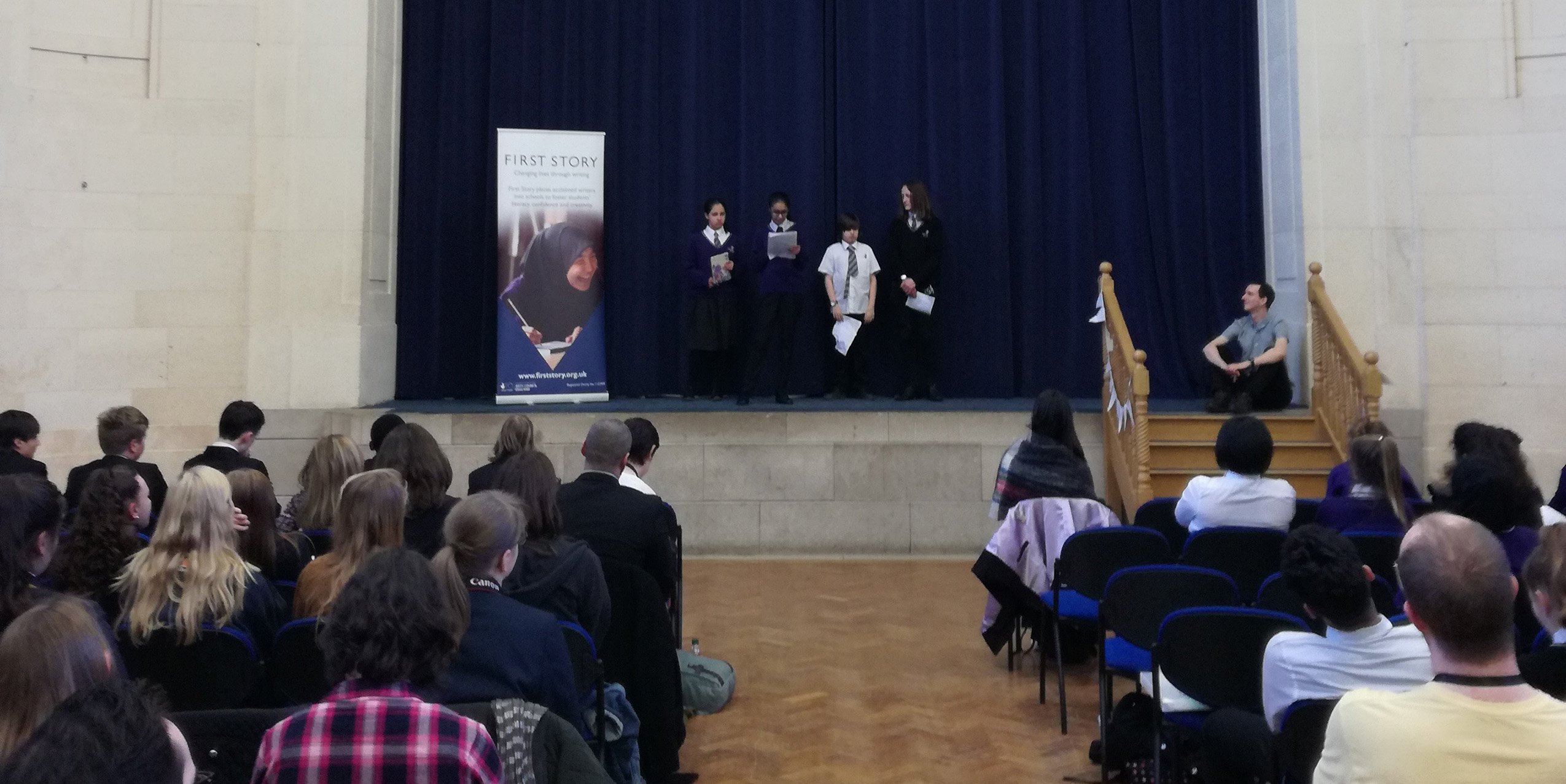 When we meet professional writers through Nottingham City of Literature, we often ask “When did you first decide to be a writer?”. There is seldom hesitation in their response, and they easily identify the moment when something inspired them: a meeting with a writer, reading a particular book, writing something they realised was good. Was today an epiphany for our next Alan Sillitoe, a future Alison Moore? It is entirely fair to believe so. At the very least, words have had their power and playfulness demonstrated, and, as the first  speaker promised, lives changed.