On the eight day of (social justice ) Christmas, my true love brought to me…. eight Wayne’s a-working…

The first masked hero in literature was Barnoess Orczy’s The Scarlet Pimpernel, appearing in 1905. It was written after Orczy’s stage play of the same name enjoyed a long run in London, having first opened in Nottingham. The scarlet pimpernel refers to a group of Englishmen who rescued upper-class French people at threat of death during the French Revolution, and the principal character of the book is Sir Percy Blakeney who avoids the French rebels by dressing in various disguisers.

It is claimed that Orczy’s character inspired Batman, and it certainly wouldn’t be the last time that Nottingham inspired a masked and mythic figure. Just beyond the city’s boundaries lies the rural village of Gotham; it is the place the novelist Washington Irving used to describe New York City – namely because it had a reputation as a place of fools, having terrorised King John when he passed through it in the 13th century. More recently, Batman became ever associated with Nottingham because of several filming locations in the city, most notably, the use of Wollaton Hall as Wayne Manor in Christopher Nolan’s trilogy.

Batman’s association with Nottingham has seemed like a sensible marriage: he’s an unwanted outcast who is vilified and yet does the right thing. We might put him in with other mythic figures of Nottingham folklore, like Robin Hood (who incidentally inspired the caped crusader’s trusty side-kick) and Ned Ludd. But as Todd Philips’s 2019 origin-story film Joker now implies, Batman may not quite be the hero Nottingham needs – or deserves.

Arthur Fleck – ‘Joker’ – is a victim of austerity cuts in this version, and the Wayne family are portrayed as the architects of this brutality. Workers’ despair and the hope of riots are seen as a solution to a dysfunctional status quo in the film. In this light, Orczy’s novel not only inspires Batman but also sets a template for the sort of hero he is: a member of the upper class, Batman seeks to preserve the city from the violence of the riotous rebels. As fate would have it, Joker might be a hero much more accustomed to the antics of Nottingham. 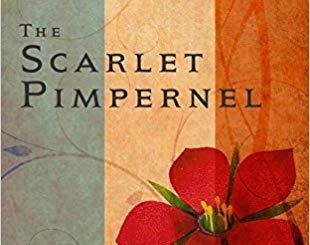