Dunedin: The Literary Jewel Half a World Away 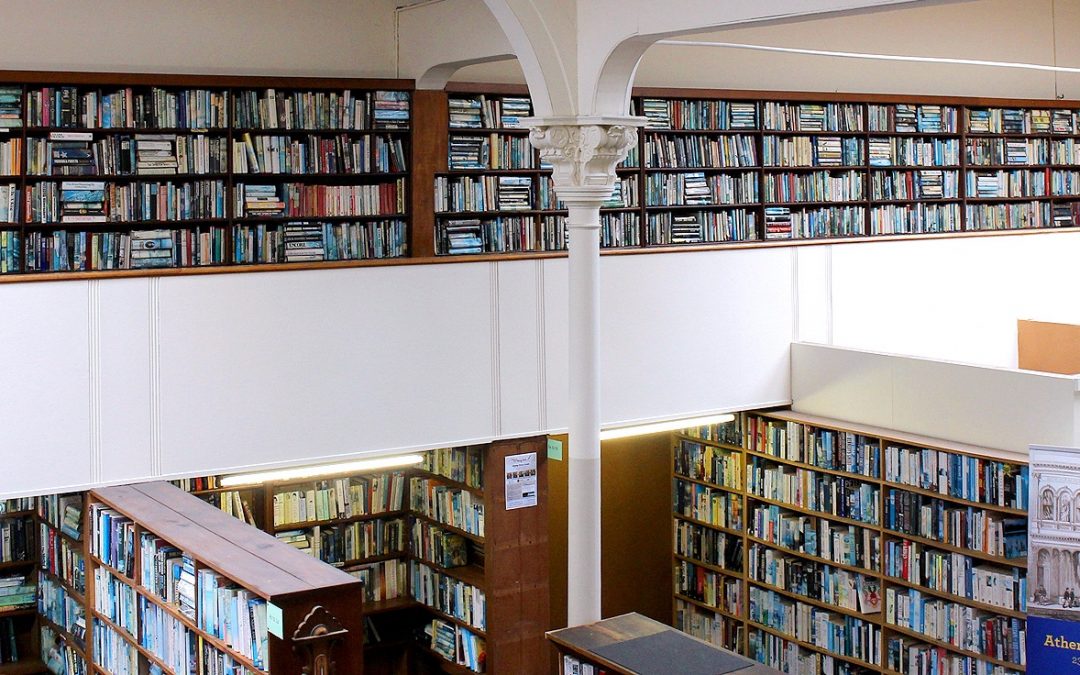 Travelling in New Zealand, our highlights mostly hadn’t been cities: the country is quite justly famed for its amazing landscapes and the big outdoors, and we’d made the most of all that. But, as we worked our way down South Island, I realised, as a volunteer with NUCOL, I couldn’t miss the chance of visiting another City of Literature. So, Dunedin was on our itinerary.

Dunedin, with a population of 123,00, is the second largest city on South Island, and is a university town, with a disproportionate number of bookshops, libraries and culture. It also has quite a Scottish feel about it (it’s named after the Scots Gaelic name for Edinburgh, Dùn Èideann,) The first literary sight we saw was the prominent statue of Robbie Burns placed in the very centre of the city, at the Octagon. The poet never visited New Zealand, but his nephew Rev Thomas Burns was one of the city’s founding fathers, and the statue was installed in 1887. Robbie’s name lives on with a fellowship named after him at Otago University, as well as an annual Robert Burns Poetry Competition (the theme this year being migration), along with “Rap like Robbie” for 12 to 14 year olds.

Dunedin Public Libraries has a hand, along with the City of Literature, in this competition, and of course I needed to check out the city libraries. Dunedin Public library was New Zealand’s first free public library, established in 1908. Now there are 5 libraries and 2 book buses, with more than a million through the doors each year (remember the 123,000 population of Dunedin!). I took a look in the main library, which was bustling and busy, with a great range of services. There seems to be a busy schedule of events too. While we were there, the Summer Reading Challenge – for Adults – was in full swing. What a great idea to extend this idea beyond the usual target of children! Children’s Services are a focus, though, of the Library Service, supported by the City of Literature, with the Books for Babies scheme introducing reading, from soon after birth, to around 2,000 of Dunedin’s newest citizens every year, and Storytelling Adventures, a professional creative storytelling programme for preschool level.

One feature I noticed inside was the honours board for an award which, since 2001, has acknowledged the contribution of writers, artists, researchers, sponsors, and others to the Library. The 2018 winner, Moana Wesley, is a longstanding tutor of the Dunedin Waiata Group, based at the library. Waiata is Maori for song, and traditional waiata for different occasion are an essential element of Maori culture. We also passed the old Carnegie Library, which was apparently the most lavish in New Zealand; Andrew Carnegie donated £10,00 in 1902 for a public library building, far more than for any of the other 17 in the country.

Dunedin, like Nottingham, still has its own private subscription library, open to new members. The Athenaum and Mechanics Institute opened in 1870 at the Octagon, the centre of Dunedin, before a public library was thought of and is now one of the oldest surviving private libraries still used for its original purpose in New Zealand. The building has been recently restored, and it also hosts a fortnightly radio show, Wireless Books which features the Athenaeum librarian in conversation about new books and other snippets of literary interest. You can check this out as a podcast at https://accessmedia.nz/ProgrammePage.aspx?PID=9f1c7d4e-2160-474d-b3e5-7a311ce84b22

Walking around the Octagon, while contemplating Robbie, I noticed some brass plaques under my feet, which turned out to be the Dunedin Writers’ Walk. Each plaque has a quotation about the city by a published writer; one that struck me particularly read “Some of them found time To be photographed, With bearded husband And twelve or thirteen children”. From Pioneer Women, By Ruth Dallas, this summed up to me something I’d been thinking about as we travelled around the country – just how tough life must have been for early settlers, and how those women’s experiences especially can be hidden in history. The Writers’ Walk is a great way to celebrate the local heritage of literature. Dunedin does indeed have its own Literary Walking Tour, https://www.literarytours.nz/ run by a local writer, which sadly we did not have time to experience – next time, though!

Bookshops are thick on the ground around Dunedin, with many opportunities to buy books old or new, (including the intriguingly named Hard to Find Bookshop), and to add to my already groaning luggage! We popped into the University Bookshop, (https://www.unibooks.co.nz/) which was so much more than it says on the tin.

It was a bookshop for everyone, with a vibrant children’s area, popular bestsellers, New Zealand and local authors, and much more. I had a chat with one of the booksellers about Cities of Literature, and came away with the latest edition of the local literary magazine, Landfall. https://www.otago.ac.nz/press/landfall/index.html , New Zealand’s longest running art and literary magazine. It has proved to be a great read, too.

Our general sight seeing around the city turned up some artistic and literary treasures, with a whole list of street art sites to explore. And the beautiful Dunedin Chinese Garden is a must for any visitor. It gives a fascinating insight into the history of New Zealand’s Chinese population, originally welcomed, but later resented and vilified. The garden, beautifully landscaped, also hosts the Tower Room Library, a collaboration between the Shanghai Municipal Library and Dunedin City Library, with books in English and Mandarin. It was at the garden that I spotted displayed the winning entries of last year’s Moon Festival Poetry competition – literary stuff gets a look in all over the place in Dunedin!

I always like to read some literature of any country I visit, and had taken Eleanor Catton’s The Luminaries with me: a huge and fascinating book, which I left me with a lot to mull over, as well as requiring a visit to Hokitiki to be built into our itinerary. While travelling, I came across a new author, Tina Makereti, and read her book The Imaginary Lives Of James Pōneke, based on the true story of a young Maori boy who travelled to London in the 19th century. In the novel, he is part of a travelling show, and she handles well the contrast of Maori culture with the chaos of Victorian London. Read it if you get a chance, and I need to read some more of the author’s books.

We were running out of time, with a campervan to get back to Queenstown, and I have come home with a list of places in New Zealand to include on our next visit (being optimistic!). And a return visit to Dunedin UNESCO City of Literature is in that list – maybe at a time of year to catch the Writers’ and Readers’ Festival which sounds pretty appealing …

To find out more about Dunedin City of Literature, visit their website at https://www.cityofliterature.co.nz/