Dayglo: on a mission for reading for all.

Back in 2014 Gloria Morgan was shown a new typeface called “OpenDyslexic” which had specific benefits to people struggling with dyslexia. The Kimberley writer was about to publish a novel and began to wonder if this typeface, and other adaptations, could be used to create books to help people read who otherwise wouldn’t be able to. The resounding answer was “yes” and so, after successfully piloting “dyslexia-smart” books, Dayglo Books Ltd was established.

A life-long bookworm, Morgan says, “My life would be the poorer if I could not read books, and I care passionately that other people should not be deprived of this deeply satisfying pleasure.”

Her fellow director is Christopher Day, a publisher of more than 20 years’ experience, whose expertise has helped develop the business. They are assisted by a group of self-employed professionals with skills in IT, graphic design, web design, photography, proof-reading, promotions and accounts. As Morgan puts it, “Everyone at Dayglo Books has a strong commitment to the objective of producing enjoyable reading material that is accessible to anyone, including people with dyslexia.”

I ask if there are any other publishers doing this: “Barrington Stokes, based in Edinburgh, have been producing dyslexia-friendly books for more than 20 years,” Morgan says, “but there is a fundamental difference in Dayglo’s approach. Barrington Stokes’ books are mainly for children and are designed to help in the learning process. We are concerned with publishing books that are read for pleasure as this can have a huge, beneficial impact on a person’s life, in terms of improved confidence and self-esteem, increased empathy and in reducing the symptoms of depression. We have witnessed tearful outbursts from people who have told us of the positive changes our books have had on their lives.”

The typeface used by Dayglo was created in America in 2013 by Abelardo Gonzales. He has since made adaptations to the original version, based on feedback from users, and is now offering version 3. Morgan explains how it works:

“Some people with dyslexia see letters moving about, or see them in 3-D. In order to ‘anchor’ the letters down to the line, this font emphasizes the bottom part of each letter by using a heavier line thickness at the bottom. Capital letters and punctuation marks are also slightly thickened, to make it easier for the reader to identify the beginning and end of a sentence.”

It seems that it’s about emphasising the difference between the similar-looking letters to avoid confusion. For example, b and d are usually mirrors of one another, so need a more noticeable difference. This font uses a detached, upright stem on one letter with a curved, continuous stem on the other. In the case of p and q, tails and slants are used to distinguish them.

This font is only one of a set of modifications aimed at making the text easier to read. The contrast between white paper and black print may also be causing problems, distorting the text and making it difficult to separate letters and words. One way Dayglo mitigate these unpleasant effects is through tinted paper. Morgan tells me that “Dayglo Books have developed a range of expertly identified tints, in various levels of colour saturation, to cater for differing needs. Dyslexic people respond individually to various colours. It is a matter of trial and error.”

The tints used by Dayglo Books are a unique offering following a consultation with Professor Arnold Wilkins. The reader can now choose between a version on cream, grey, green, blue, pink or yellow depending upon which tint is most helpful to them but, as Morgan explains, this is not simply printing on coloured paper:

“We print on white paper and apply the tints at the same time as the text is printed. Over time we hope to be able to introduce 30 tints, comprising 5 levels of saturation of 6 different colours. These are not random tints or shades. There is considerable science behind them, and Professor Wilkins states that when an individual has identified their best colour, it is unlikely that their choice will change over time.”

Dayglo Books also consider dyslexia during their editing process. “The aim is to provide a smooth, uninterrupted reading experience,” says Morgan. “For example, the basic ‘…ed’ past tense is normally used in preference to ‘…ing’ endings which require an auxiliary verb. We try to avoid giving readers another word to read and in a book of 100 pages, this can save a dyslexic person having to read a great many superfluous words. It also helps dyslexic readers if the main point is met early in a new sentence rather than at the end, so we usually edit the text to reflect this. All vocabulary is tailored in a very considered way.”

I have books in my possession printed in 1880, 1911, 1945 and 2006 and the page layout is identical. It is as if book printers would like to pretend the digital revolution has never happened.

Their books are not aimed at any specific reading age. It’s more a case of always opting for the word that’s easier to read. Morgan offers an example, “In one book ‘arena’ has been used rather than ‘amphitheatre’ because it was felt that two digraphs and a diphthong in a word could cause a reader to pause and break the flow.”

With the technology in place, I’m surprised when Morgan tells me that there doesn’t seem to be any E-readers that can support the “OpenDyslexic” font. But what of the mainstream, paper publishers, why aren’t they offering dyslexia-smart versions?

“Publishers are not in the social conscience business,” says Morgan. “It’s a very conservative trade. I have books in my possession printed in 1880, 1911, 1945 and 2006 and the page layout is identical. It is as if book printers would like to pretend the digital revolution has never happened. 10% of the population is dyslexic and can’t read traditional books, so why make life so difficult for them? You would have to ask a mainstream publisher. If Dayglo Books can obtain the expert advice and produce dyslexia-smart books at the same price as traditional black-and-white printed books, then anybody can do it. I believe people matter more than printing conventions.”

There may be a few signs that publishers are preparing to follow suit. Morgan noticed that, “When J.K. Rowling’s latest book came out, “The Cursed Child”, there was a notice in The Times that a dyslexia-friendly version would also appear, but I have never seen it.”

With literacy levels a major issue of concern, particularly in Nottingham city, it’s encouraging that Dayglo’s dyslexia-smart books are finding their way to our schools, and into prison libraries too, but much more can be done to provide everyone with books that they can read and enjoy.

Dayglo Books are planning to launch a new book during Dyslexia Awareness Week (October 2-8), and they are talking to Nottingham City Council about the possibility of having a presence in the City Centre with some of their authors present.

Their most recent book launch was for Rebecca Constable’s “Impact” at which representatives from the City of Literature team and the Young Creatives team were present. Constable won a Young Creatives Award, an annual award made by the City of Nottingham. Morgan tells me about her young author, “Rebecca Constable was 19-years-old when she won the award. Her winning piece of creative writing described in harrowing detail her experiences throughout school as a dyslexic person whose disability was not recognised or helped. She was subject to bullying, denigration and unsympathetic treatment by her teachers. This piece of writing, together with other work by Rebecca, has been published by Dayglo Books and is offered in six different tints.” 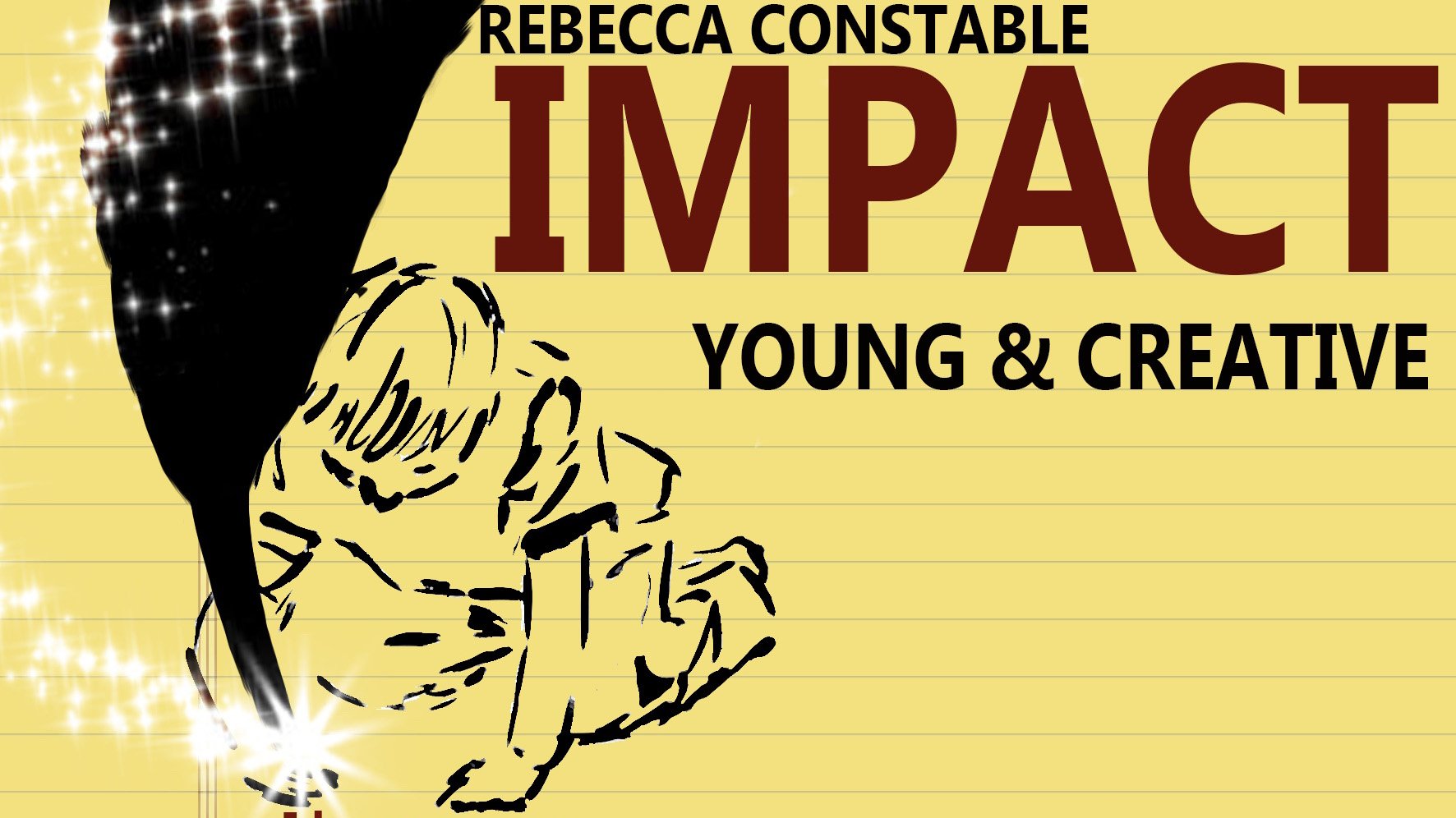 For a small business, Dayglo Books pay their authors relatively generous royalties despite having little in the way of financial backing. They used an EU grant to purchase computer equipment and software. To date, they have published twenty-four titles and hope to develop international links having already spoken with companies in Singapore and Canada.

I wonder which are their best-selling genres: “We presently have six autobiographies in print, with two more in preparation. They have been the most successful,” says Morgan “and that is likely to be the direction we shall follow in future. “A Nottinghamshire Pitman’s Story” which came out in April, to the accompaniment of a male voice choir and a brass band, is proving very popular.”

Let’s hope all their books continue to find readers as this Nottingham publisher is making a difference to people’s lives. They can be found at  http://dayglobooks.com/