David Belbin on ‘Shots in the Dark’. 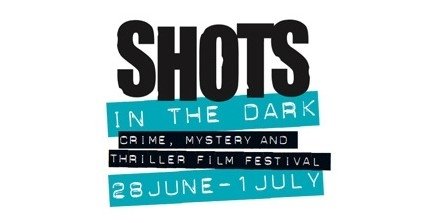 Broadway has been at the heart of my life since the month I arrived in Nottingham. I joined Nottingham Film Theatre, as it then was, in October 1976, tempted by their Kenneth Anger season. I’m an avid movie goer, averaging at least once a week. Broadway also plays a big part in my social life, and I miss the place badly. My partner, Sue, still wears our T-shirts from the first ‘Shots in the Dark’ and I still wear the one from 1995.

‘Shots’ was a cornucopia of delights from the start, in 1991, but really took off in 1993, with the arrival of guest, Quentin Tarantino, hot from ‘Reservoir Dogs’. That and the following year, Quentin was everywhere. More than once I spotted him in the next row during the daytime, checking out ‘The Outfit’ or a heist movie from the ‘70s. He presented a midnight double bill of blacksploitation movies, speaking at length before and after each. I must confess I checked out after Pam Grier in ‘Coffey’ and cycled home (it was half two by then). Shortly afterwards, Quentin revived Grier’s career in his third film and first adaptation, of ‘Rum Punch’ by my favourite crime novelist, Elmore Leonard. He retitled it after her character, ‘Jackie Brown’.

‘Shots in the Dark’s biggest coup was the mystery midnight movie shown on the last Saturday of the 1994 festival. I’d had the nod and knew what was coming: the second ever showing of Tarantino’s second movie, ‘Pulp Fiction’. We had family staying but I snook off into town. The previous showing had been at Cannes, where it won the Palme D’Or (indeed, the print had French subtitles). Quentin gave a brief introduction to the packed cinema. Afterwards, following tumultuous applause, he answered questions until we ran out of them, gone three in the morning. This remains my most memorable night in a cinema.

For a few years there was a crime book festival, too, ‘Shots on the Page’, which was always a treat, and one year included the world Bouchercon festival, ably chaired by John Harvey. As a crime writer, I was involved from several angles, but it is the 1994 ‘Shots’ I hold most affection for. This is partly because, shortly before it began, I was asked if I could fill in for another writer who had dropped out and write an extra ‘Point Crime’ novel for Young Adults. I said yes, provided I could write one based around the film industry. The result, ‘Final Cut’, was written in 13 days with no breaks, while ‘Shots’ was going on. The suspicious director at the centre of it owes a lot to Tarantino. And, despite being written at such a pace (13 days + one more to revise it), ‘Final Cut’ became my best-selling novel, (largely due to the 200,000 copies sold in the US). Thanks, Quentin. Thanks, Broadway.

I so hope ‘Shots’ will return next year, for its 30th anniversary.