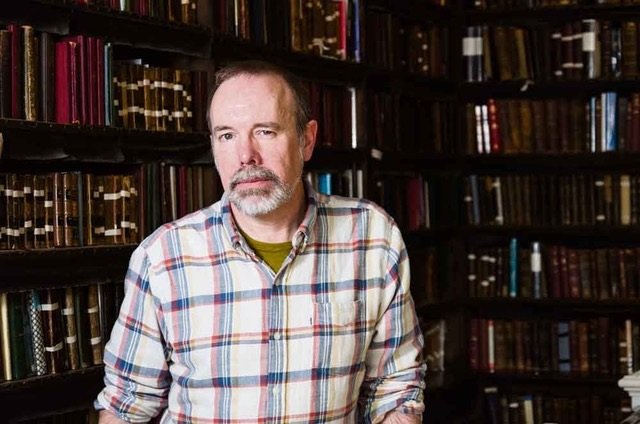 David Belbin on John Harvey at 80

David Belbin on why John Harvey is such a class act.

I met John in 1978. He’d just left teaching and, aged 39, was doing an MA at the University of Nottingham, where I was in my second year. We shared an American poetry seminar but it was music we bonded over, in particular our love for American singer/songwriter John Stewart. Later, we’d see numerous John Stewart and Richard Thompson gigs together.

We both stayed in Nottingham after our degrees and stayed in touch. John widened my crime reading by introducing me to Lawrence Block, George V. Higgins, Ross Macdonald, Robert B. Parker and lending me all of the Elmore Leonard I hadn’t been able to get hold of.

When I was working out how to become a writer, John was my only role model. Throughout the 80s, I saw how hard he worked to put food on the table

When I was working out how to become a writer, John was my only role model. Throughout the 80s, I saw how hard he worked to put food on the table. He wrote twelve novels a year, allocating four weeks at most to a novel, mostly pseudonymous westerns. One of these gave all of the characters names from the American Studies department. When that market dried up, he turned to writing YA (check out What About It, Sharon?) and even TV novelisations: whatever paid. In doing so, as he’s often said, he was teaching himself to write. He also originated a TV series, Hard Cases, and wrote for radio. Seeing how badly TV companies messed writers around steered me clear of that direction.

In 1989, after my first stab at a YA novel, The Foggiest, had been turned down with lots of ‘nearly but not quite’ rejections, John put me onto an editor who was commissioning a series. She took a new version of the book. I owe him, and in ‘94, dedicated my third novel, Avenging Angel, to him. This was a double tribute as, unwittingly, I’d chosen the same title as his first novel, published under the pseudonym Thom Ryder. By then, John had made his big breakthrough, selling the first Resnick novels to Penguin. With those novels, he was able to apply the style and sensibility evident in his poetry to his prose, and that made his name.

What most stays with me from John’s Nottingham years is the support he gave to other writers, as a friend, event organiser and publisher. When we met, he’d just begun publishing Slow Dancer, which was instrumental in publishing the early work of many strong American poets, as well as emerging writers. I attended and helped with numerous Slow Dancer readings, getting to hang out with many poets, including Martin Stannard, who became a close friend, Simon Armitage and Carol Ann Duffy. Small presses are the lifeblood of new literature. John gave up a lot of time (and money) for Slow Dancer, a labour of love.

When we decided to ask a list of Nottingham greats to act as patrons for our bid to become a UNESCO City of Literature, John was the first person I approached, even though he wasn’t born in the city. He was also the first person to reply, by return of post, saying it would be an honour. He’s a class act. Thanks for everything, John, and many happy returns.