Darren Simpson and The Memory Thieves 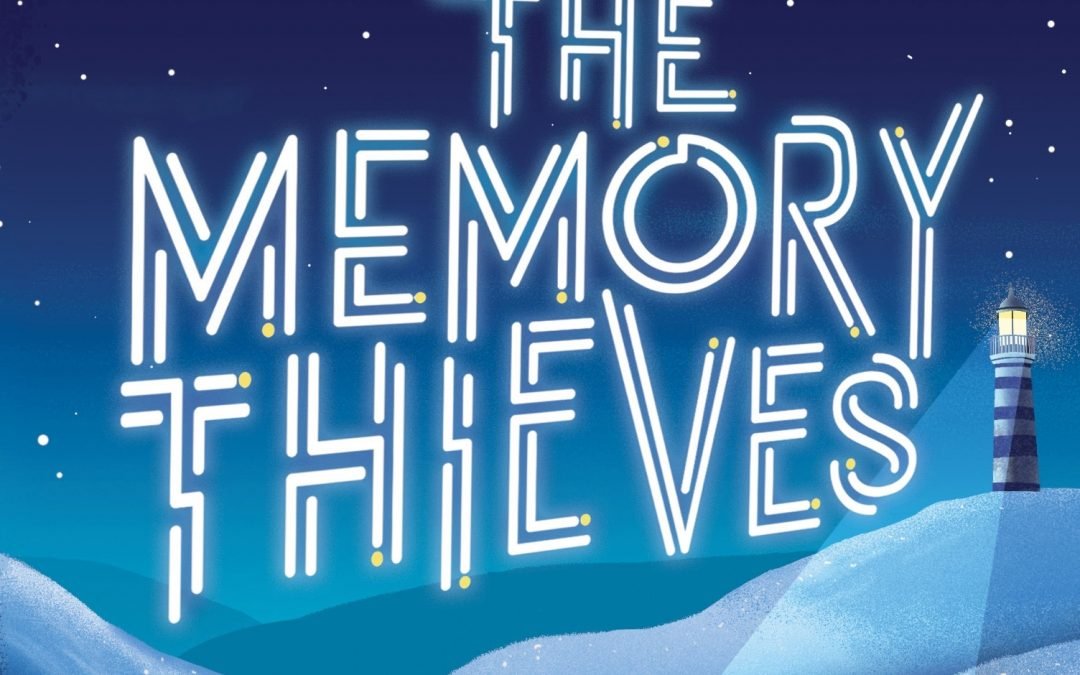 Inspiration comes from unusual places, but it strikes few writers as dramatically as it struck Darren Simpson. Struck is literal here: when his car met another car with considerable force, through all the twisted metal, crumpled bumpers and shook nerves the inspiration for a new book sparked into life. That spark would go on to ignite into an idea that burns bright in his new novel.

“It’s quite an extreme way to get an idea for a book” Darren concedes “Driving my son home from swimming I crashed into the car in front…luckily no one was hurt, but it was still a really horrible experience. My self-esteem took a dive – I felt so stupid, so low. A really rubbish person. It wasn’t until I finally admitted this to my wife and friends that I started to make any headway in getting better”

Nora Ephron famously said “Everything is copy” – the writer’s instinct is always alert to seeing how life -the bad bits, as well as the good bits – can be spun into work. Darren abides: “I’ve got to get something good out of this: I’ll turn this experience into a book”.

You may suspect therefore that the subsequent book would be JG Ballardesque (an odd sell considering Darren’s core audience is more inclined towards wizard schools than decadent dystopias).

I wanted to write a book about feelings, and find an unusual way to put that across

But no. This is about how we bottle things up: “I want children to know that it’s really important to talk about things when you’re feeling crap, and it does wonders to find someone to trust and love to talk about how you feel. It’s good to cry, if you have to”

“I wanted to write a book about feelings, and find an unusual way to put that across”.

And so The Memory Thieves came to be.

It’s Darren’s second novel for Usborne, following Scavengers, his astonishing award winning story of a young boy living on a rubbish dump with a strange old man. That itself had an unlikely inspiration: a fight between cats for a discarded sandwich on Calverton tip.

That book went on to make the The Guardian/Observer list of best children’s books of 2019, was shortlisted for the Northern Ireland Book Award, and the Literacy Trust “Read On” pilot. It was highlighted by UNESCO as reflecting the UN’s sustainable development goals, was used by a sustainability forum in India to launch their “Reading for Change” programme, and was very recently an Editor’s Pick in Best Books by Debut Authors in The School Librarian journal.

A decent haul and an ongoing one– “I’m still confounded that the book still keeps on doing things, long after its release” he says, evident delight in his voice – which will hopefully serve as just a taster for the success of the new novel. It’d not been an easy journey: Darren wrote for us when Scavengers was released, charting his arduous journey to writing success.

I’m a sucker for a good setting – the idea of a place of rusting ships, whale skeletons, a tide that never goes out but never returns

One of the reasons film buffs ascribe to the phenomenal success of ET: The Extraterrestrial is the way that director Steven Spielberg shoots everything from a (literal) child’s point of view: the camera is mostly at Elliot’s eye-level, and adult’s voices and faces kept muted and obscured.

So with the best children’s books, which bring in the reader through the eyes of the young protagonists: you see the world the way they see it. Darren’s understanding of this “I see the narrator as a camera on the shoulder of the character” is coupled with a strong sense of place ‘’m a sucker for a good setting – the idea of a place of rusting ships, whale skeletons, a tide that never goes out but never returns”. Stepping into his books is stepping into something at once familiar yet fascinatingly strange.

The Memory Thieves doesn’t skimp on that. Darren has created a world that – although clearly influenced by the lurched realities of Shutter Island, The Prisoner and Eternal Sunshine of the Spotless Mind – never feels anything other than its own creation. “I suppose it’s magic realism of a sort” he explains. The reader sees the world -some strange island, where the sea has retreated leaving nothing but saltcrusted seabed -with Cyan, a child who lives in a strange building named The Sanctuary with other children, all also named after colours: Ruby, Teal and so on. It’s a place where they’ve gone to forget..but forget what? When new resident Jonquil arrives, and refuses the amnesia-inducing treatment, Cyan begins to question the reality he lives in.

It’s gripping from page one, and, like its predecessor, never lets up in its refusal to assume the reader lacks emotional intelligence. While I’m very much out of the target age group, with each page I felt it leaping up my internal list of favourite reads of the year. Also like Scavengers, it stays with you long after you hit the back cover, it’s clever conceits cud to chew on long after the main meal. For a book about the evanescence of memory, there is an irony in how it takes up residence in mind.

The future looks rosy for Darren, but he still feels a precariousness about his career “I have a new book out next year. It’s all exciting, but there’s always that fear at the back of my mind, a fear that this will fail, but that’s my engine, that’s what drives me”. Let’s hope that that drive is reliant on something less traumatic than vehicle collisions to keep Darren from being one of our city’s most exciting writers.

The Memory Thieves is released today (August 5th) and available from Five Leaves and all other good bookshops.