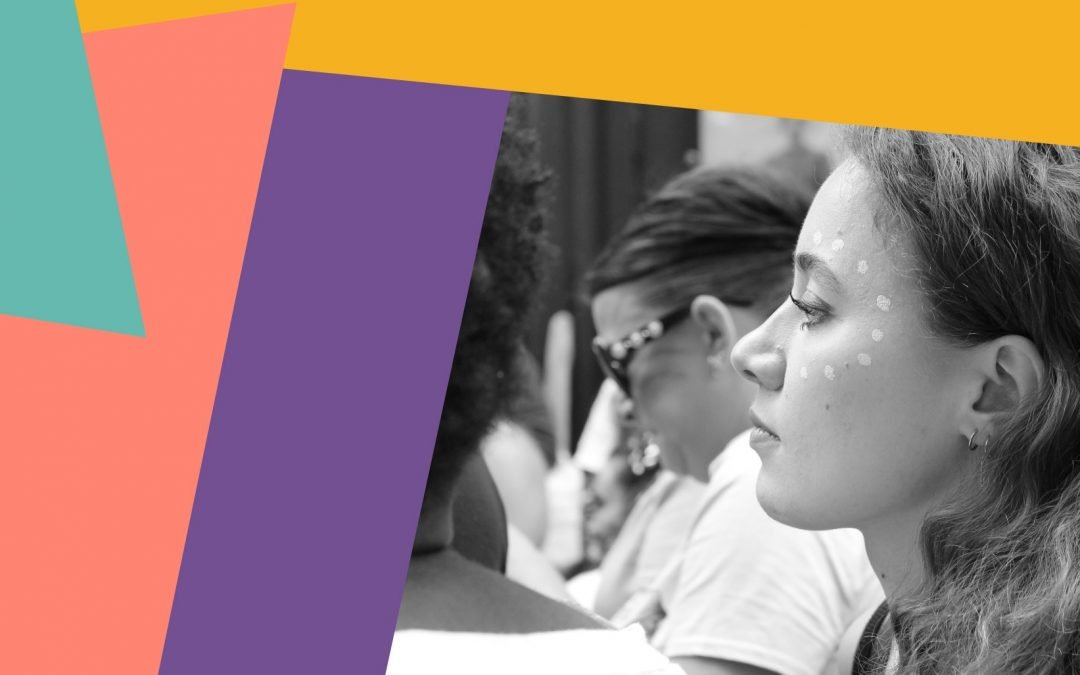 There is always a buzz in the City, and I do honestly just love the lively atmosphere when I’m going for a stroll on my lunch break or coming into town at the weekend. Also, Nottingham is so consistent with its vast range of live arts events: whether poetry, music, visual art or comedy – there is always something going on if you want to find it. This tells me Nottingham is a city enthused by creative arts and self-expression.

I also really love the fact that there’s so much opportunity to get involved and perform as a result of the various open mic nights popping up.  Audience members are encouragingly receptive and engaged as well.

Who are the poets or artists that have had the biggest influence on you so far?

Tshaka Campbell headlined one of the Mouthy Poets’ showcases, and when I heard him perform his poetry, it felt as though he was re-living every memory and moment.  This allowed me to really visualise and be affected by the stories he told of relationships, gender, race and society, in a way I had not been able to access before. Despite many obstacles, one of the reasons I have challenged myself to continue with poetry is because Tshaka spoke to me very genuinely after a group session of sharing work where he said I “have something special, and must do something with it.”

William Kurelek, for his interesting approaches to visual artwork such as “The Maze” and “Out of the Maze”. Kurelek allowed me to feel less enclosed and gave me permission to further explore my most difficult experiences.

Initially as a tutor on my Creative and Professional Writing Course, Deborah ‘Debris’ Stevenson has greatly influenced my life. She introduced me to the Nottingham poetry scene through inviting me to join Mouthy Poets, spoken word poetry collective. Here I developed as an artist, gained experiencing producing showcases, and was permitted to grow as an individual in a setting that offered unconditional support and positive regard.

I do not have a twitter account, however if I did, I would follow Bridie Squires, Editor at Leftlion, for her shameless, honest and direct approach which consistently entertains me. Bridie is also a poet whose work I enjoy.

Sabrina Mahfouz is a poet I became aware of in 2014. Straightaway I found her general presence electric and her writing/performance style unique.  With an array of characters, accents and anecdotes, Sabrina pushes the boundaries of performance poetry and in doing so has perfected the skill of captivating her audience.   Sabrina also explores very honest, concrete and thought provoking ideas, which is the kind of writing that speaks to me; putting the audience in a position where they tread a fine line between comedy and discomfort. I would be intrigued to see how she portrays this in her social media activity.

I would also likely follow Lemn Sissay, who I saw live at the Nottingham Playhouse in 2014. I found his audience engagement both thought provoking and hilarious, and I am sure his social media activity replicates his eccentric stage presence.

I would want to hear a voice brought to the deprived communities of Nottingham who face very serious challenges such as knife crime, drug and alcohol addiction, sexual exploitation, racism, homelessness and poverty. Reading, writing and orating poetry allows individuals to process experience, and has positive impacts on wellbeing. Therefore a real difference could be made to these groups who are currently under-represented not only in our arts scene, but our communities as a whole.

Hopefully, the pull of the title Capital of Culture would attract a more diverse range of established artists towards Nottingham, thus challenging the status quo on our current literary scene, and pushing the evolution of local work and styles.

Finally, I would hope that Nottingham being named Capital of Culture would help bring together the city of literature, the flourishing music scene, and the numerous community arts spaces to encourage collaborations across genres.

Finally, one piece of advice you’d give to all the young and aspiring poets out there?

No matter how challenging, peculiar, upsetting, shameful, hysterical… You are the only person who interprets the world in the way you do, so always be honest and sincere in your writing. There is no point in trying to be like anybody else, because… well… somebody else is already doing that.

With this in mind, still push yourself to explore new styles that are out of your comfort zone, and try to represent the wider world as well as your own perspective.