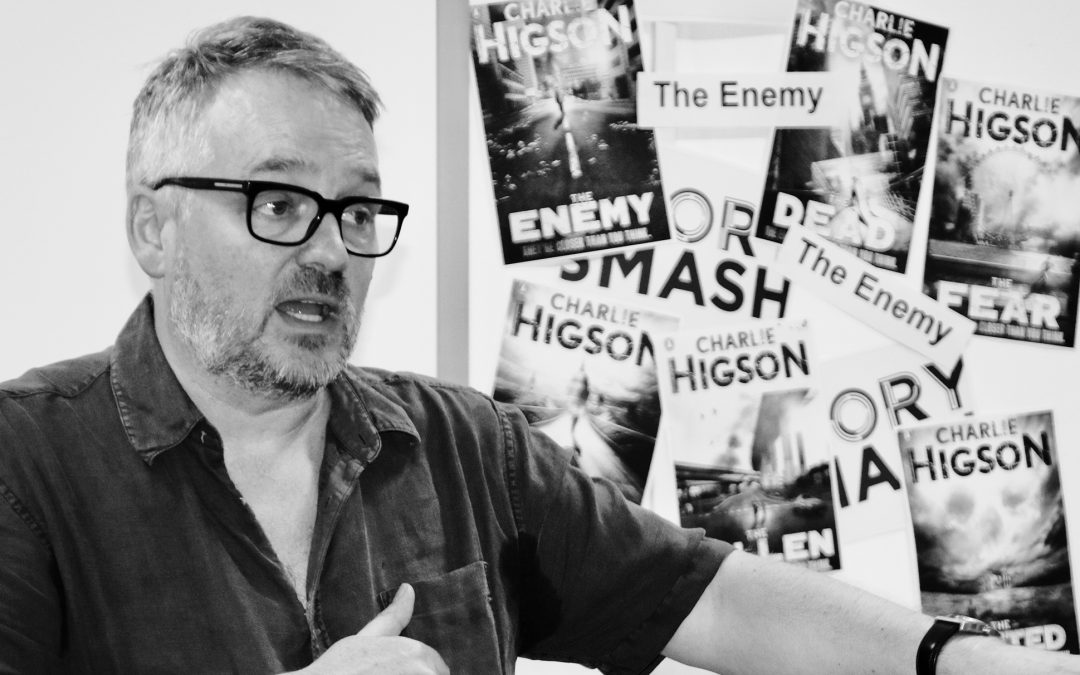 If we learnt anything from Saturday’s launch of Story Smash, it is that Charlie Higson loves to terrify children…

In Nottingham Central Library, the best-selling author, actor and zombie advocate, Charlie Higson, kicked off Story Smash’s 12-month programme by discussing his development as a writer and his passion for the scary. This has been the case from when he was a boy, sneaking downstairs to watch midnight viewings of Hammer horror flicks, to an adult, using his sons to gauge the fear-factor of his novels.

The event also showcased the innovative TWINE, a free software which allows writers to produce interactive text-based adventure games. These games focus on atmosphere generated through creative writing instead of flashy graphics. It could be described as the digital equivalent of Ian Livingstone’s Fighting Fantasy books that were popular in the eighties, but with a modern advantage of the stories being easily created and shared online.

To demonstrate TWINE’s potential as an aid to storytelling, a panel of kids were challenged to produce stories that would build off a short introduction written by Charlie that was thematically similar to The Enemy series. The gruesome variety of adventures created by the participants was genuinely inspiring, and it was a joy choosing whether to decapitate or disembowel a member of the undead.

the stories they created suggest that young people really aren’t that sensitive to the idea of blood and guts.

As much of the audience was made up of budding writers, Charlie talked about whether horror was an appropriate genre for children, briefly hitting upon the incendiary backlash he faced for his Jekyll and Hyde television series. He defended the show’s dark imagery, reminiscing that when he was young, Doctor Who was one of the most frightening things he could watch, and that he wanted to provide that same sense of family-friendly terror he had relished as a boy. He said that kids do understand fantastical horror and love to be frightened – though he admitted that they are harder to scare nowadays.

And unless the event’s organisers had chosen a particularly psychopathic panel of youngsters, the stories they created suggest that young people really aren’t that sensitive to the idea of blood and guts. One girl even optioned a scenario where we could graphically knock our math teacher’s head off with a crowbar, tapping into a wish fulfilment fantasy most of us have had at some point growing up.

And before I make the event sound flagrantly gratuitous, Charlie emphasised the intrinsic magic of language and the power of our imaginations. The importance to instill a sense of curiosity about words into children is something we should not discount and if horror is one way of capturing a child’s interest, why not? Events like Story Smash encourage young people to engage with writing creatively, without it being framed as a chore. It was a fantastic beginning to a worthwhile project.