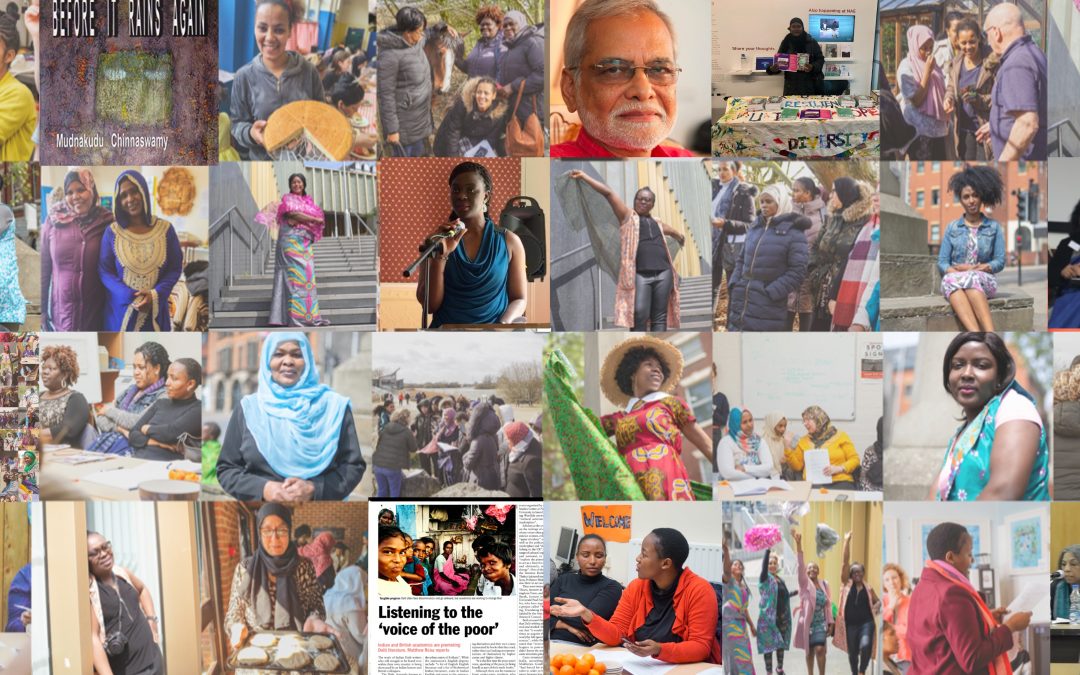 In a postcolonial world, PSC researchers argue, it is time to reassess the axes of power that privilege certain acts of self-representation over others, and to seek space for alternative voices to emerge: those of communities and individuals who have typically been marginalised according to their national, racial, ethnic, gendered, sexual, class-based, caste-based or economic positionalities – which often intersect, and silence, in complex ways.

These recognitions have led in particular to focussed research projects conducted by PSC staff on radically neglected, socially disenfranchised cultural voices – including those of Dalit (formerly ‘Untouchable’) authors in South Asia (Dr Nicole Thiara); and the emergent transnational body of writing by and about forced migrant women (Dr Anna Ball). Yet the PSC recognises that its own existence within structures of cultural, institutional and discursive privilege risks reinforcing the very hierarchies that have marginalised many of those communities whose voices struggle to be heard. How, then, to change the structures of a world in which, as Marx once famously wrote, ‘they cannot represent themselves; they must be represented’?

The PSC’s answer has been to turn to words themselves – written, spoken and heard – as tools through which members of marginalised communities are able to represent themselves – and in so doing, to challenge stereotype, raise awareness, forge support networks, claim new platforms and begin to overturn the sociocultural structures that have marginalised them. This work is not without complexities – but it is driven by the abiding belief that words can, and do, change the world.

“Through the project, I’ve realised that creativity can be a platform for politics…the project allowed women to have a voice.”

The project has developed through several stages: