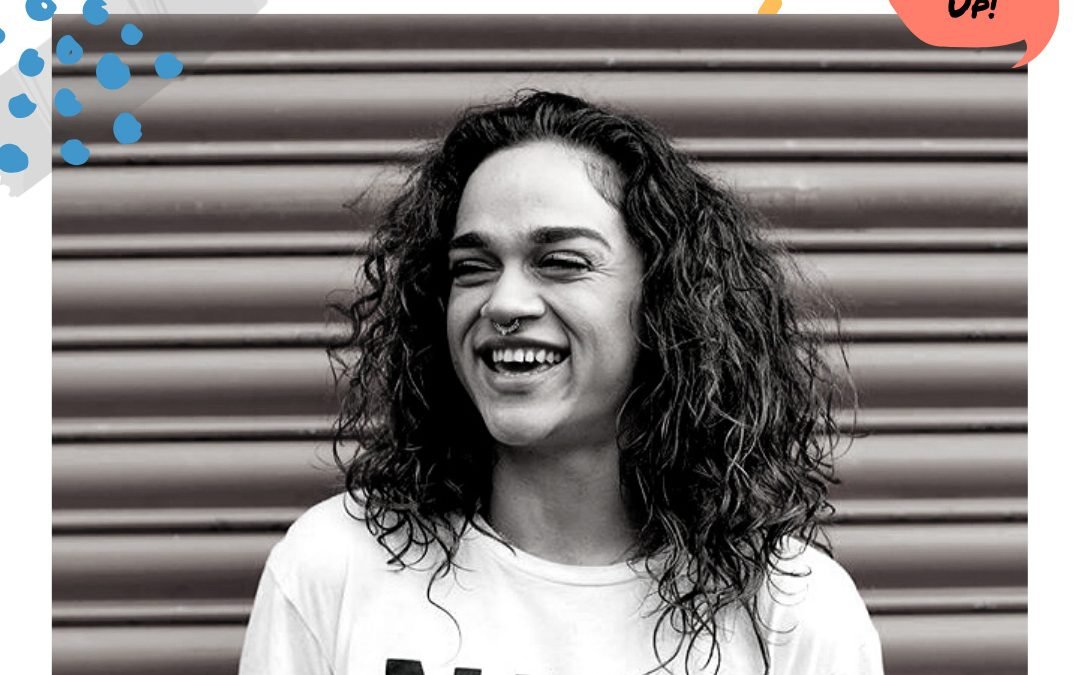 Debris Stevenson is a poet, educator and performer from the seam between East London and Essex. Educated through the evolution of Grime in East London and nurtured by the Roundhouse in Camden, she has graduated top of her class in both her BA and MA degrees in creative writing. She is a dyslexic writer, Grime poet, working class academic and a pansexual ex-Mormon.

Debris’ commitment to developing and legitimising the voices of young people is exceptional. When she was 18, Debris organised and hosted Turning Point Festival, an event commitment to empowering young people and nurturing new talent. She is also the founder of Mouthy Poets, a Nottingham-based collective of young people learning to write, perform and put on amazing events. With the group, Debris raised £300,000 to develop young artists, and they became the resident performancepoet collective of Nottingham Playhouse. Also, Debris was involved in designing and delivering foundation poetry and performance modules for the University of Nottingham. In classrooms and collectives, Debris is constantly providing a platform for new voices and bringing them into the foreground.

More recently, Debris has moved into other areas of the arts: her debut grime-musical Poet in Da Corner launched at the Royal Court in 2018. The show received 4 and 5 stars across the board and saw her nominated for an Emerging Talent of The Year Award at the Evening Standard Theatre Awards. In March, the show comes to Nottingham Playhouse for three nights. Watch the trailer here!

Debris will perform her grime-infused poetry live at Celebrating MyVoice. The event will welcome all the MyVoice winners, Young Voices participants as well as the public. We know her performance will wow these young talented authors, and perhaps even inspire them to try turning their fantastic writing into spoken word poetry!

Get your tickets for Celebrating MyVoice here!