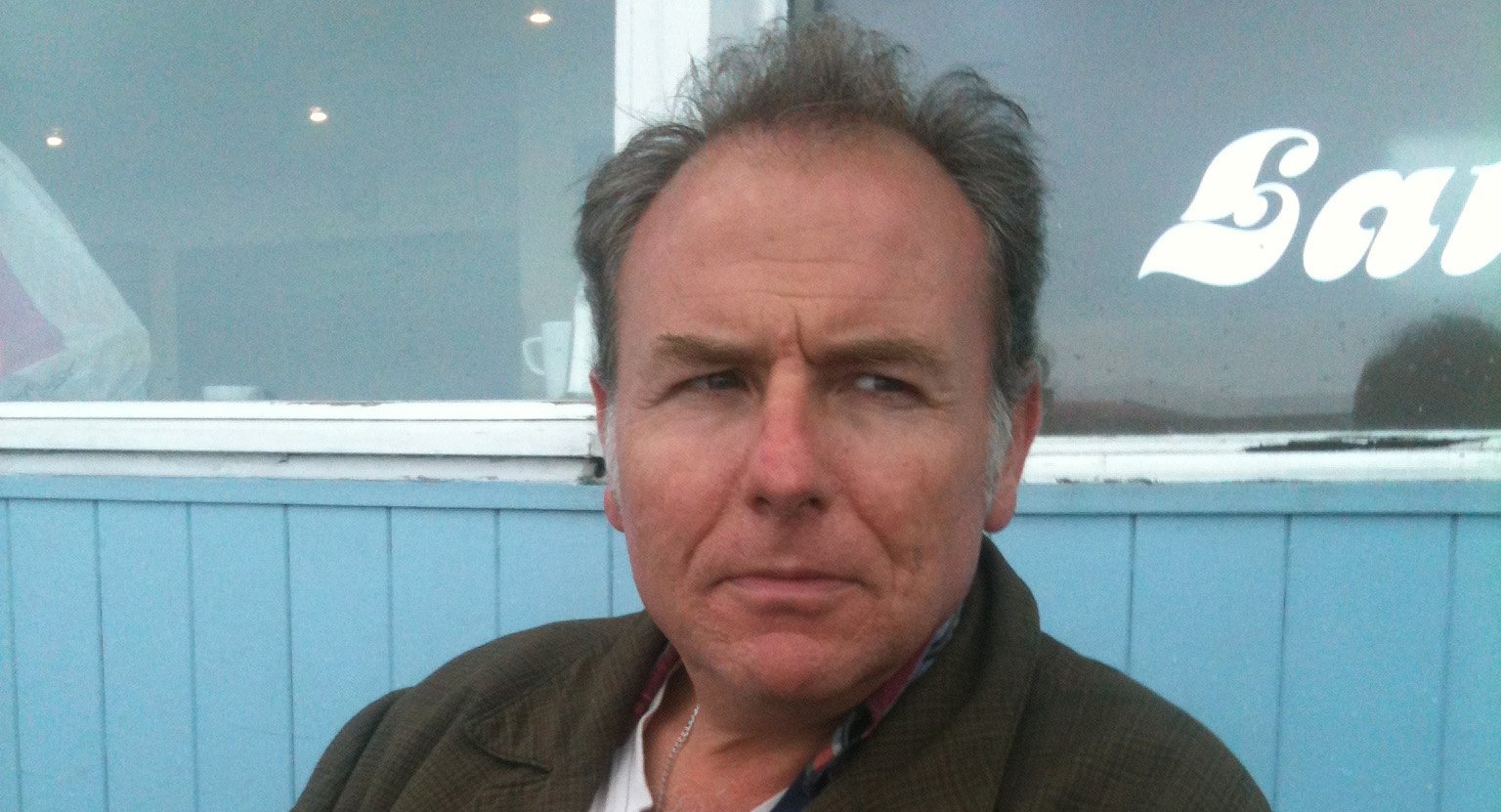 As part of our 5th birthday celebration we commissioned six Notts writers to tell us what libraries mean to them.

‘Books have their own fates’: Walter Benjamin ‘Unpacking My Library’

It was the smell that first seduced me, a heady hit of fusty rooms and freshly polished wood, a smell both familiar and strange. Traces of almond catch the back of the throat, a dark vanilla overlaid with ash. I taste wax, coal, the sweet rot of old parchment. I inhale as if it were hot chocolate. An olfactory feast, secular incense, redolent of church pews and empty classrooms. It is the smell of other worlds, of states of mind. The smell of possibility.

When I was first told that paper was made from trees I refused to believe it. It was like being told where babies came from, or that glass had once been sand. Yet I believed it then, in that alchemy between forest and book, there in the Children’s Section of Accrington library, a wide-eyed child of five.

I can measure out my life in library books, the contours of my autobiography. Books borrowed, recommended, stumbled upon; books ordered and returned late, books discovered wrongly shelved; large print books and audio books; ex-library books found in flea markets, books with money hidden in them (a ten pound note stashed between the covers of Emily Dickinson’s poetry). I recall the books that have formed me, hardbacked, jacket-less. I anticipate the books that lie in wait, some more patiently than others.

Libraries enrage for the same reason they inspire: they remind us of the limits of what we know, expose our understanding even as they feed it.

And not just books. I had never read a broadsheet newspaper until I joined the library. My parents read the Lancashire Evening Telegraph and, on Tuesdays and Saturdays, The Accrington Observer. If it hadn’t happened in Lancashire it hadn’t really happened.

But go through the double doors of Accrington library and behold the gigantic stained glass window. It announces ‘INDUSTRY AND PRUDENCE CONQUER.’ This is what philanthropy meant, what Andrew Carnegie had in mind when he offered the town £7,500 to build it back in 1904.

To the left is a giant alcove containing two long mahogany tables. They are scattered with magazines: The Economist, New Statesman, New Society, The Spectator. Rows of standing desks tilt out from the surrounding walls. They are waist-high, the size of an average torso. People stand and read the daily papers, the pages kept crisp by wooden holders.

I didn’t know the word auto-didacticism back in the 1970s. When I did it would return me to those newspaper holders; the smooth curve of their cherry wood handles.

Writers are readers before they are anything else. In encountering the dreams of others we discover we have dreams of our own. We are born into black marks on white space, our collective currency.

Saturday morning, the weekly shop. My mother drags me around Asda, the outdoor market. She says, behave yourself and we’ll get you some books.

I’m allowed four. Tales of fantastical beasts and mythic creatures. I press the paper between my fingers, lick off the ink. The books are alive with colour: the illustrations all berry reds and full-to-bursting blues. Words spring out, sculpted and carved, as spectacular as the pictures accompanying them. They tell stories of nature challenged, order restored. Billy goat gruffs, frightened little pigs, bears sleeping in the wrong bed.

I get lost in the fancy, a playground of the mind. So this is what it is like to spin straw into gold.

I’m told these books have spines, as though they are bodies like everyone else. Spines must not be broken. I watch the librarian re-shelve the stock, at her side a wooden trolley containing volumes of different heights and thickness. There’s something hypnotic about it, like watching someone do a jigsaw. She tells me never to dog-ear the pages, that reading requires both hands. The books are wrapped in transparent plastic, their pages reminiscent of old people’s skin. I ask if all these books belong to her. She fixes me in the crosshair of her spectacles and says library books belong to no-one but the library. It was love at first sight.

‘The library was my door to elsewhere.’ So wrote my fellow Accringtonian Jeanette Winterson in her memoir Why Be Happy When You Could Be Normal? Jeanette was a few years older than me, lived a couple of streets away. I never knew her to speak to. She had been adopted by Pentecostal fundamentalists whose response to their daughter’s sexuality was to set fire to her books and organise an exorcism. ‘Books don’t make a home’, she wrote, ‘they are one’.

I am eleven and in proud possession of four junior cards – green stubs of cardboard folded over to form a pocket in which the ticket of the borrowed book is stored. They have on them my name and address, handwritten. Before me stand row upon row of solid wooden cabinets, each containing hundreds of index cards. Author, title, publication date, reference number. Thus the analogue of the pre-digital library.

Books are badges, insulation, shields. In a world where eye-contact is fraught with meaning, they give you somewhere to look. And here they are free. What other enterprise would be based on such implicit trust? I imagine going into my local bank, borrowing forty pounds, promising to return it in three weeks time. At which point I will borrow forty more.

Books are badges, insulation, shields. In a world where eye-contact is fraught with meaning, they give you somewhere to look

I return to the library every couple of days, hooked on specific authors and genres. Stories of detection, schoolboys outwitting their elders, transgression rewarded (within limits). Robert Arthur’s The Three Investigators, Richmal Crompton’s Just William novels, Frank Richards’ Billy Bunter. I hoover up a book a day, gorging on one writer as I eye up the next.

‘Bibliophilia’ I would learn to call it, an inadequate word for the range of compulsions on offer. A love of books is one thing, a love of reading another. And a love of libraries something else again.

The bibliophile loves books as objects: the signed proof or elusive first edition. He (and it is a predominantly male fixation) collects, catalogues, owns. He treasures rarity, exclusivity. He will often find the contents of the book the least interesting thing about it.

The bookworm is possessed by a different kind of drive. ‘Epistemophilia’ we might call it – the obsessive pursuit of knowledge. It is a mania without gender, race or reason. Less the desire to possess a book than the need to commune with its secrets.

Somewhere on these shelves can be found our inner worlds. They are not quite real until crystallised into language. The flesh made word.

In the school library I sit and read for English class. The place is more school than library, feels closer to a classroom, an extension of its regime. I’m getting ready for English ‘O’ Level: Gerard Durrell’s My Family and Other Animals, Harper Lee’s To Kill a Mockingbird, Orwell’s Animal Farm, Golding’s Lord of the Flies. It seems that mythic beasts are not just the stuff of fairy tales.

It is my lunchtime refuge, though I am never entirely at ease here. The books threaten to overwhelm me, know so much more than I can ever know. They seem to whisper amongst themselves. I sit and stare at these omniscient shelves. There are more books published per day than I could read in a year. More in a week than I could read in a lifetime. And in my lifetime? More books than people? Or no books at all. The thought leaves me drained, metaphysically breathless.

Is this why people deface them, scribble their comments in the margins? Is it a way of kicking back against the library’s perceived tyranny, a personalised insurrection? All those underlinings, the question marks and notes to self. It is impossible not to read such trespassing tics, the literary equivalent of flies on a picnic. ‘Irony?’ scrawled above the chapter headings of Pride and Prejudice, ‘what?’ between the entries of Henry James’ Notebooks. No Joe Orton or Kenneth Halliwell wrote these. Their pornographic re-workings of Dorothy L. Sayer dust-jackets had got them six months imprisonment for ‘malicious damage’ back in 1962. Vandalism is an art, like everything else.

Libraries enrage for the same reason they inspire: they remind us of the limits of what we know, expose our understanding even as they feed it.

Both Accrington public library and my school library helped get me to university, and there a library bigger than I could ever have imagined. I spent three years lost in its stacks, its bays, its archives – the words themselves a form of incantation.

Later I would write books –biographies of Beat poets, a study of American fiction. Books about books, all destined for the libraries in which they were produced. When my memoir was short-listed for the Portico Prize the accolade brought with it free membership to the library of the same name. Libraries have produced me just as surely as cotton produced the mill town in which I grew up.

I carry them within me. The writers to whom I return are all ones for whom libraries, books and reading are the crux of the matter, a question of life and death. Kafka, Pessoa, Anita Brookner. Borges, whose ‘The Library of Babel’ imagines a universe of hexagonal rooms and limited books; E.M Forster burying Leonard Bast beneath a bookcase in Howard’s End ; Elias Canetti’s Auto De Fe , a crazed recluse living solely for his private library.

‘What proof have we that inorganic objects can feel no pain?‘ writes Canetti ‘Who knows if a book may not yearn for other books, its companions of many years, in some way strange to us and therefore never yet perceived?’