Buzzword: A Poem For Beeston by Jade Moore 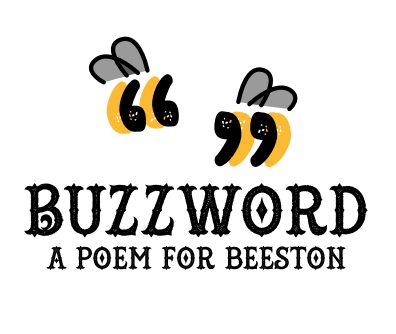 I can reveal, that there is such a word out there, and possibly a few more too. So far we have had a grand total of seven entries to the competition, with one single word in a rhyme with Beeston.

However, this isn’t all about rhyming. It’s about community, and expressing the love of a community through poetry.

Poetry is one of the best forms for getting your thoughts and feeling down on paper, and being able to express yourself in a way that a prose style doesn’t always have. Poems are crafted, with every word earning its place. 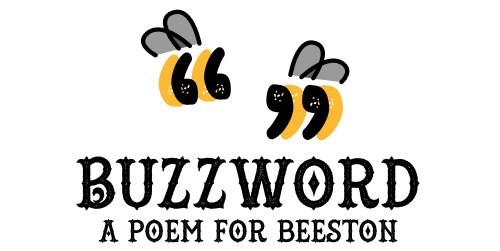 “Beeston has a remarkably creative cultural life, and is a town with a strong community spirit and sense of identity; the right poem can help crystallize what Beeston means to its inhabitants and the wider world.”

Our place is Beeston, and at The Beestonian we are always trying to find ways to connect the people of the town in a new, insightful and creative way. We have our ongoing ‘I am Beeston’ project, which highlights the wonderful diversity of the town and the people in it.

But now we’ve turned to poetry, because we believe that Beeston holds a rich literary heritage, and is home to a bunch of wonderful writers including Megan Taylor, Jenny Swann and publishers such as Shoestring Press and Leafe Press.

In fact, the founder of Leafe Press, Alan Baker, is one of our judges.

He says: “Beeston has a remarkably creative cultural life, and is a town with a strong community spirit and sense of identity; the right poem can help crystallize what Beeston means to its inhabitants and the wider world.”

I’ve lived in Beeston my entire life, and when I walk down the high road, I walk by people who all have Beeston in common with me. Yet, they might have lived there a few months, or years, or may just be visiting family. I can walk past someone who will have a completely difference perception of the exact same town.

This is why we want a poem for Beeston, we want to delve into the depths of the town through the words and perspectives of the people in it. We want what Beeston means to you, expressed in a poem.

It doesn’t have to rhyme, you don’t need to be an established poet or have ever written a poem in your life before. As long as Beeston is, or has been, a part of your life in some way, your words are welcome.

You don’t have to live in Beeston, you might have lived there once but now moved halfway across the world, or you might live somewhere else but have parents in Beeston. It really doesn’t matter, as long as the town is at the heart of the poem and inspired it in some way.

If you’re stuck for inspiration or don’t know where to start, here are some suggestions:

Turn a Beeston memory into a poem (think childhood, and times gone by)
An ode to the Beeman
A sonnet for Beeston Rylands
An epic poem (Beeowulf?)
Why is Beeston your home, what brought you here?
Where’s your favourite place in Beeston?

And don’t forget, there are two categories: Over 16s and under 16s. It’s the school holidays, so what better way to keep the young ones occupied than asking them to write a poem about somewhere they go every day and are growing up in? I’d have been super excited to enter a poetry competition at that age, so get encouraging!

All the details can be found here.