Saturday July 8th is Small Press Day in the U.K., a day when comic book retailers across the land celebrate indie, DIY, self-published and street comics. In-store there will be signings, events, live drawing and the chance to see and buy some of the truly extraordinary work the comics fringe produces. It is a day when retailers bust a gut to raise the profile of those working at the margins of our industry, and their stores get snided out.

Unlike in the world of prose literature where the literati tend to poo-poo fringe publishing, independent, on-line and self-published work is highly respected and eagerly read in the comics world. One famous example highlighting the significance of DIY graphic literature is the case of Alan Moore and Eddie Campbell’s collected edition of their seminal From Hell, which Eddie remortgaged his house to self-publish. Correct, it became a Hollywood movie (which paid for Eddie’s new, much-improved pad) and a blockbuster graphic classic that is unlikely to go out of print before the world implodes.

Much of this work is by ‘amateurs’ passionate about the art form and keen to establish a presence, but as the post-Brexit caution of U.K. publishers begins to bite, an increasing number of hardened professionals are venturing into the twilight zone, if only to keep working and experimenting with the form. Certainly a good proportion is formulaic and symptomatic of young creators getting to grips with the medium, but a significant chunk is inspired, mould breaking, intensely personal and challenging. As local comics hero, D’Israeli observes, this is where you will find the R&D Department of the comics industry.

Until recently, Nottingham was the domicile of two legends of the fringe. Published in her own mini-comics, Lizz Lunney’s simple line characters and quirky humour thinly disguises unsettling tales of troubled soul-searching. Lizz has over 16,000 regular readers of her on-line Depressed Cat (“I’m not living any of my nine lives to a fulfilling level”) series. Philippa Rice’s work shares with Lizz’s a coy innocence that bites, but she is best know for her extraordinary cardboard comics where characters and settings are painstakingly cut from paper and card, built panel-by-panel, then photographed, laid-out and printed. Sadly both have now left town, but if John Harvey is still a ‘local author’, so are they. 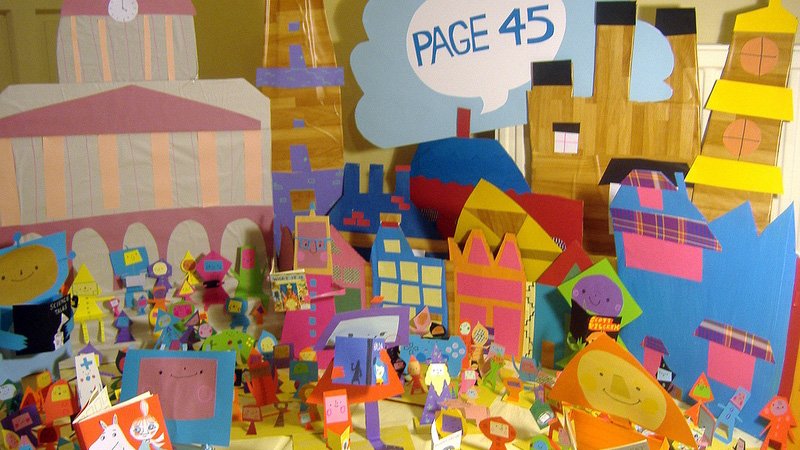 But new and enterprising blood is flowing through our manor. Magoria Studios have just published their first DIY work by Will Starling (story) and Adam Willis (art). Stylishly depicted in sumptuous colours, Filigree is shaping up to be a futuristic disaster-cum-love story and is the first in a series of at least three comics. By contrast, the stunning debut by artist Mary Safro (aka Cryoclaire) and writer Io Black is about ‘what happens when the future that never was meets the past we… poke fun at’. Peopled with cyber-anarchists, techno pagans and razorgirls, Drugs and Wires is an anarchic, hip, beautifully realised undermining of ‘Deep State’ and corporate cynicism. Now into its third issue, Drugs and Wires is available both on-line and as hard copy.

The unexpected news is that Five Leaves Publishing, the force behind Five Leaves Bookshop, have also moved into comics. Their long-term goal is to produce translations of some of the sumptuous foreign language graphic literature we rarely see in this country, but Five Leaves Graphic are moving forwards with caution. Their first outing, East of Aleppo, is actually by local writer/cartoonist Brick. In glorious black & white, it unscrambles a disastrous incident in the Syrian war our corporate media neglected to mention, possible because R.A.F. drones were complicit. 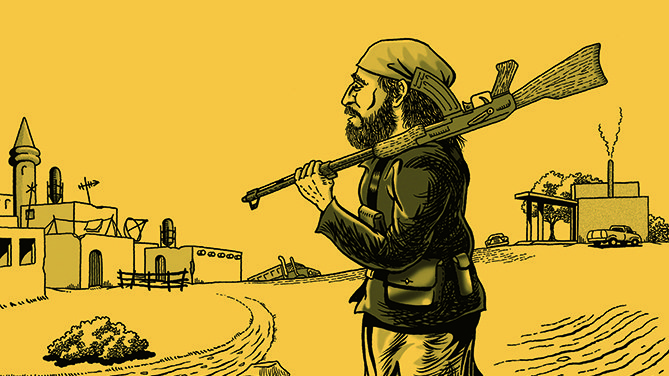 What d’you Mean, there’s no Women in Comics will appear later in the year from the imprint. Written by indie comics stalwart, Selina Lock (editor and publisher of The Girly Comic), it does what it says on the tin, presenting a potted 120-year history of women working in U.K. comics. Though heavily illustrated, this is a prose piece, suggesting Five Leaves are all too aware of the growing interest in the culture of comics and our checkered but fascinating past. We now have university departments rummaging through our attic and emerging astonished!

Which just leaves the question of where can you buy comics from the edge? Mondo Comico, Five Leaves Bookshop, Forbidden Planet and Page 45 are the retailers to explore, but talk to the staff. Chances are they’ll thrust in front of you something that’s blown them away that only the few are aware of. Better still, treat yourself to a ticket to Comicon on on 14th October (all profits to local charities) and stroll among the tables littered with indie and self-published work from around the country. Skulking behind the piles will be their creators, who will need no coaxing to talk your ears off.