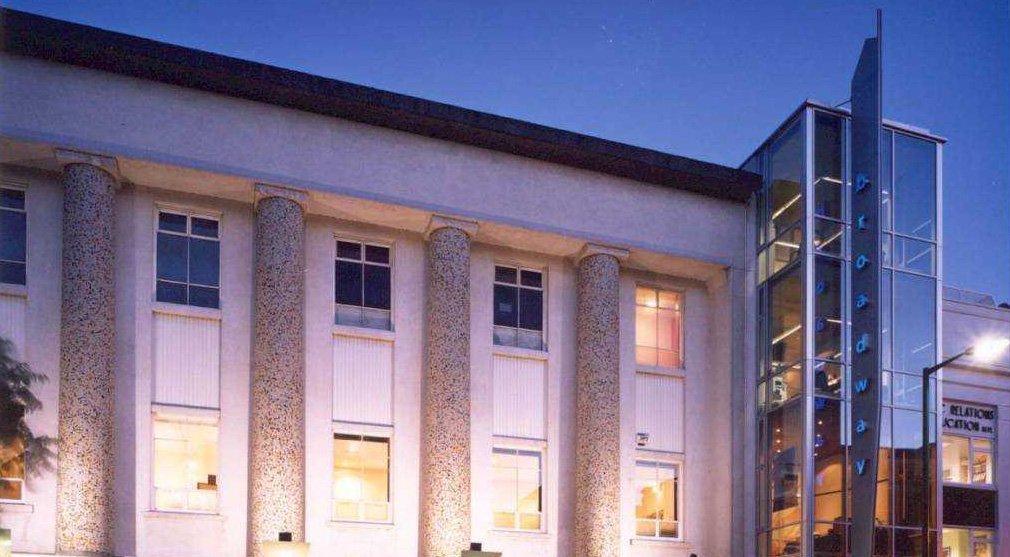 Named after the reviewer and editor, Anthony Boucher, Bouchercon is an annual convention for all those connected with or interested in crime fiction: writers, publishers, reviewers, booksellers and, above all, readers – fans – hundreds of them. Many, many hundreds. The World Mystery Convention – ‘World’ as in baseball’s World Series – ‘World’ meaning America.

First held in Santa Monica in 1970, the convention migrated annually from one city to another, never moving outside the United States until 1990, when it was staged in London. Oh, dear. It was the first Bouchercon I attended and I can testify to the sad fact that it was, in organisational terms, less than successful. Which may have been one of the driving forces behind the ambitious bid to bring Bouchercon to Nottingham. Anything London can do, we can do better.

As director of Broadway, Adrian Wootton was the main mover behind ‘Shots in the Dark’ – Nottingham’s International Crime & Mystery Festival – an 11-day extravaganza of screenings, augmented by theatre performances, a photography exhibition and, as the programme announced, “a selection of events where notable writers discuss their work.” Notable in this instance including Val McDermid, Peter Lovesey, the two Mikes, Phillips & Ripley, and yours truly.

This small selection of literary extras would expand to become ‘Shots on the Page’, a weekend within the main festival dedicated to crime fiction, and the kernel for the nut Adrian was eager to crack, Bouchercon itself. With Nottingham writer Michael Eaton his erstwhile sidekick and with formidable assistance from bookseller and critic Maxim Jakubowski and Paul Taylor from the British Film Institute – and from the city itself – Adrian set in motion a five-year plan. The key members of his team, including an executive from Experience Nottingham, would attend a series of festivals – Pasadena in 1991, Toronto in ’92, Omaha in ’93 and, finally, Seattle in ’94, where the Nottingham bid to host the 1995 Bouchercon would be subject to a vote. I was in the room when the result was announced and remember vividly the excitement that followed. Job done. Or, more accurately, job just begun.

Happily roped in to assist in the organisation, in a rare moment of altruism I volunteered to Chair the Programming Committee. I didn’t want it to be London again, nor did I want us simply to reproduce what had gone before. Thanks to the willingness of those writers attending to co-operate and the hard work of the members of my sub-committee, I think we just about pulled it off. There’s a plastic wallet in the filing cabinet alongside my desk, fat with cards and letters from readers and writers who attended, praising the programming and the overall organisation.

Knowing well in advance that Nottingham was to be the location for the ’95 Bouchercon, and not wanting to miss out on the opportunity of garnering some extra publicity, I’d chosen – surprise, surprise – to set the seventh Resnick novel, ‘Living Proof’, at a crime writing festival on the inspector’s home turf and for its publication coincide with the festival’s opening.

Suitably, two of the principal characters in the novel are American novelist, Cathy Jordan and the film director, Curtis Woolfe, one of the father figures of film noir, still admired for the series of black and white movies he made in the forties and fifties. When attending a book signing, Cathy is attacked, both verbally and physically, by an earnest group of radical feminists who object to the manner in which women are as portrayed as victims in her novels, and is later subjected to a number of increasingly violent threats from a different, more dangerous, source. And if that weren’t enough for Resnick and his team to handle, one of the city’s sex workers seems to be cutting a dangerous and bloody swathe through her would-be clientele.

Launch party for the new book aside, in both ’94 and ’95 I took part in a late-night session of readings with music. ‘Shots on the Page’ in 1994 featured Liza Cody, Maxim Jakubowski and myself reading (singly rather than in chorus) with live accompaniment from the local jazz group, Second Nature, and the following year , together with Walter Mosley and Linda Barnes I joined Second Nature in ‘Blues and All That Jazz’, with novelist and professional drummer Bill Moody sitting in for the second set.

My other contribution was as a member of a panel including Notts Detective Superintendent Peter Coles – my advisor on the Resnick novels – discussing Nottingham’s unwelcome and possibly unwarranted status – following a number of shootings – as The Most Violent Place in England.

All in all, it was a great four days, during most of which I wandered around on a high. Everyone, but everyone – save for James Ellroy – seemed to be having a good time; the majority of people who’d flown across the Atlantic specially for the event deemed it worthwhile. For me, being part of the general atmosphere aside, the most memorable moments came seeing Sue Grafton in conversation with Walter Mosley and, likewise, Lawrence Block talking with Donald Westlake – and the wonderfully dry wit of Reginald Hill in his role as toastmaster at the Anthony Awards Banquet.

Reg, who with characteristic generosity, said – in answer to a request for a book blurb from my publisher – “If Harvey gets any better, the rest of us may have to kill him” – and then, all too sadly, shuffled off his mortal coil before any such assassination could be attempted, leaving me lingering deeper into old age with only the memory of his kindness and brilliance.

READ David Belbin on Broadway’s ‘Shots in the Dark’