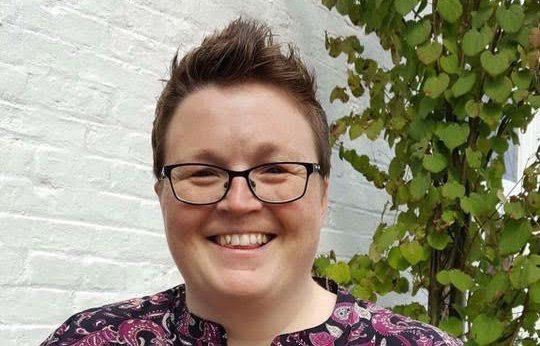 For their second anthology, Bassetlaw District Council – with the North Notts Envoys – adopted a theme of ‘Sherwood and The Dukeries’ and local creative writers responded, with people, places and history fuelling the entrants’ imaginations. The task of picking the winners fell to Angela Mead of Bookworm, the Chair of Bassetlaw Christian Heritage and the Communications Manager at Bassetlaw District Council. Beating off competition from Lesley Middleton’s Guilt of the Innocent and Pamela Mann’s Death of Robin Hood, Elizabeth Carney-Marsh collected the first prize for her story Bonnets to Breeches. She describes the experience as “…a fabulous whirlwind to be caught up in over the last few months, that has well and truly thrown open doors I never imagined would open.”

Carney-Marsh is well-versed in music and theatre, teaching in both fields, but she only started writing this year after a rare health condition forced retirement upon her. Writing provided a new enjoyment, one with added health benefits. As she puts it: “I found that I could escape the four walls through my pen!” An online community for people dealing with a variety of health issues provided the first opportunity to share her writing. “I started by submitting articles to The Mighty,” she explains, “and to my genuine surprise they were published. At that time, writing for me was a way of making sense of how my world had changed so dramatically.”

Many of the writer’s influences are Northern playwrights, like Jim Cartwright, Willy Russell and John Godber, whose work she has performed. Raw and gritty characters feature in Bonnets to Breeches but it’s a group of local women that came to inspire her tale. Carney-Marsh knew little of the stories of the Women’s Land Army when she began volunteering in the Walled Kitchen Garden at Clumber Park. After researching these “explorers of their time”, the writer not only reflected their roles in her story, she dedicated it to them. “With the National Trust’s overarching theme for 2018 being ‘Strong Women’, it led me on a voyage of discovery and exploration from which I was able to form a historically accurate backdrop in which to place my fictional story,” she says.

Bonnets to Breeches features members of one of the first WLA training schools in a story set at Clumber Park 100 years ago, during the end of World War I, at a time when the Women’s Land Army has just been formed. This winning story, along with eight other entries, was published this month in a collection of short stories that celebrates the writing skills of north Notts authors. The anthology, published by Bookworm in Retford, can be purchased here.

And this book is not the end of the story, as the winning author explains:  “One of the exciting and unique things about this competition is that they work in partnership with Talegate Theatre Productions to dramatise the winning entry. I am thrilled to say I will be writing the script for the production of Bonnets to Breeches which will actually performed in the Walled Kitchen Garden at Clumber Park, set for spring 2018.”

She is also just heard that one of her poems has been accepted for the new Peacebuilders anthology, which will be published on the 25th November.

Another project on the horizon is ‘Forgotten Females’. Carney-Marsh is “aiming to bring to life the stories of ‘ordinary’ women who did truly extraordinary things, inspiring the next generation of female trail-blazers.”  She’s also looking for help in compiling this new collection of historically based short stories, adding: “If there is anyone out there who would like to share forgotten stories of incredible females then I’d love them to get in touch via twitter @forgottenfems.”

If you can, please help this new Notts writer keep the stories of old alive and well.