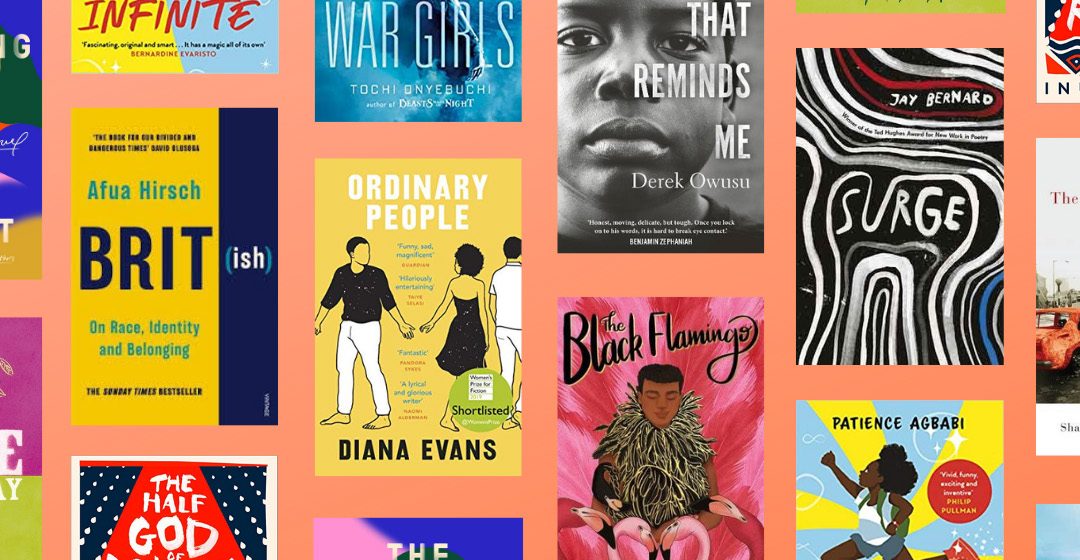 Evans’ third novel is an intimate portrait of modern life in a big city focusing on identity and parenthood, sex and grief, friendship and aging. The novel was shortlisted in this year’s Women’s Prize and is a fantastic read.

Fiere means a ‘companion, a mate, a spouse, an equal’ and Kay’s poetry works to clarify, blur and explore these familial boundaries with wit and tenderness. Kay is currently Scots Makar, the national poet laureate of Scotland, and – after reading this collection – it’s easy to see why her work is so highly regarded.

3. The Handsworth Times by Sharon Duggal

Set amid the Handsworth uprisings in Birmingham in 1981, Duggal dramatises an under-novelised moment in the Midlands. She knits together a cast of characters and contradicts the prevailing narrative of 1980s Britain: there is such a thing as society.

4. Brit(ish): On Race, Identity and Belonging by Afua Hirsch

Hirsch’s excellently written book is about home: where is it? Do I belong in it? How am I to fit into it? Questions that are easy to ask and more difficult to answer, especially so, Hirsch argues, in a nation that has failed to confront its colonial past.

5. The Infinite by Patience Agbabi

A smart, inventive YA novel about time travel, friendship and fixing things, before it’s too late. Author, Patience Agbabi, performed at Waterstones as part of last year’s Nottingham Poetry Festival, and The Infinite is a fantastic read for all ages.

Taking the New Cross Fire of 1981 as a starting point, and also discussing the disaster at Grenfell Tower, this book of poetry explores the injustices faced by Black people in Britain over the last thirty years. The collection won the Ted Hughes Award for New Work in Poetry, and it’s easy to see why. It’s a masterpiece.

7. The Vanishing Half by Brit Bennett

The Vanishing Half is a recent release which tackles race, identity and family. It’s a heartfelt story charting the lives of twin sisters Desiree and Stella, who grow up among the conservatism and racism of mid-twentieth century America. This book is completely engrossing and fit to burst with compelling characters.

8. That Reminds Me by Derek Owusu

That Reminds Me tells the honest and heart-breaking life of K, a young black man trying to find his identity in an increasingly difficult world and facing issues like identity, addiction, and violence. An incredibly original and beautiful piece of literature, and one that recently won the Desmond Elliot Prize.

Set in a war-torn futuristic Nigeria after climate change and nuclear war has ravaged most of the earth, this book tells the story of two sisters dreaming of peace amid the violence.

10. The Half-God of Rainfall by Inua Ellams

Told entirely in verse, this is an unmissable epic weaving Greek and Yoruba mythology with modern basketball. In only 80 pages, it delivers both a coming-of-age tale of Half-God and basketball star Demi, and a punchy revenge story against the sexual abuse of Zeus.

11. The Black Flamingo by Dean Atta

Atta is a towering figure on the UK spoken word scene, and in this novel, a boy comes to terms with his identity as a mixed-race gay teen, finding his wings as drag artist The Black Flamingo. A must-read for all ages.

Nottingham is also full of stories: check out Museumand for more information on the Black Caribbean experience and Nottingham Black Archive for Black history, heritage and culture in Nottingham.