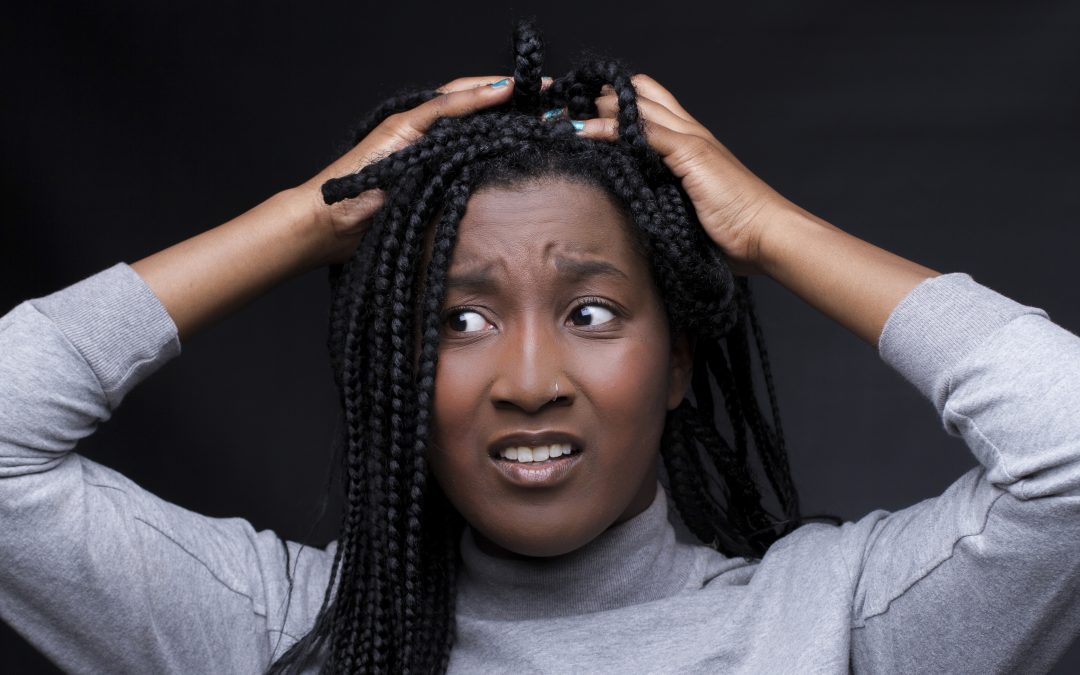 When I first started my career, I came across a lot of no’s. Often based on experience and based on how I look. Certain castings I wouldn’t get due to my ethnicity. I wish that I could tell you that three years later in 2020, since I wrote this blog, racial discrimination in the arts has changed and improved. Well….it’s getting there. I still remember recent conversations with agencies who have told me that they already have a black woman on their books so they are not looking for anymore, even though they have rows and rows of white actors on their website.

Therefore, I try to perform and create my own work as much as I can, which I have had quite a bit of success with. I’ve managed to perform two shows I have devised all over the country. Which has been amazing and I am so grateful for the amazing opportunities I have had and the people I’ve met. However, the fact that I also suffer with depression, OCD and anxiety makes this task harder. I probably have suffered with mental health issues way before I was actually diagnosed, but I never did anything about it. As a black woman growing up in a very white area, expressing my anxiety and thoughts to teachers or peers proved extremely difficult.

At school, any issues I had with racism were met with ‘Stop telling tales,’ or ‘Are you sure that’s what they meant?’ I met with several head teachers and teachers about people dropping the N-word in my direction, and laughing in history when we watched Roots, but none of them understood. I was accused of smoking weed twice. I was the only black kid in my sixth form. According to Rethink.Org ‘Compared to white people: black women are more likely to experience a common mental illness such as anxiety disorder or depression’ (Rethink.org:2020)

My school life was extremely frustrating. I see that now I still carry patterns of that time, I often find it difficult to leave my room and face the world. Later in my life this was described as depression, OCD and anxiety. And no my house isn’t immaculate, OCD isn’t just cleaning! My family and my culture can be very religious; to the point that black families don’t really talk about mental health that much, which is again….frustrating.

Therefore poetry and theatre was a release for me and I have been lucky enough to do a lot with it. I have even managed to put on poetry events and been part of other spoken word events in the East Midlands I even became published last year!

If I didn’t have my writing and my passion to create theatre I feel that I would not have had any outlet to express what I feel inside. Poetry helps me say the things that I want to say out loud. My dark humour, my longing to be happy are all up for grabs on that piece of paper I write my thoughts on. My frustrations and hopes are sometimes all too much to contain inside. Often, I feel that the mixtures of emotions I feel aren’t allowed in the real world, or I would be tarnished as the angry black woman or whatever other stereotype the masses have invented next. But when I’m alone and I can really delve into myself. I don’t have to please anyone or pretend and that is why I love writing my poetry.

We use poetry to express love and other emotions, so let’s use it to talk about mental health. Let’s use this medium as a way not to only express ourselves but to create a conversation. A real dialogue of what we can do to have an honest open discussion of these issues. Below is the poem I wrote for this blog in 2017. It is bizarre to read what I wrote back then and where I am now, especially during a pandemic and all the racial tensions of the year. Some things have changed, some have stayed the same. I’m still here and I feel that I’m in a better place. I wonder what the next three years will bring.

Make Up Your Mind

It’s the start of the new year

It’s the start of a new year

I don’t know where I‘m going

I don’t know where I’m going

I don’t know who I am

Someone tell me the plan

Someone give me the plan

Am I too lost to understand?

I want to run, leap and climb and be heard!

Be heard, be heard

My voice is too complex, too wide

Inside I have to decide if I want to live or hide.