It’s exactly 100 days since I joined Nottingham City of Literature as Director, so I’m taking the opportunity to reflect back on some of what I’ve learned since I took up my new job back at the beginning of September. It’s certainly been a busy time.

In my blog on my very first day here, I promised that I would meet writers and the people who run Nottingham’s arts and literature organisations, museums and libraries. I’ve done just that, visiting Nottingham Castle, Broadway Cinema, Lakeside Arts Centre, Dance4, Nottingham Playhouse, the National Videogame Arcade and Bulwell Riverside Library – as well as a lot of places in between – and I’ve been hugely excited by the people I’ve seen and the work I’ve encountered.

During the past three months

We saw the launch of our inaugural Festival of Literature which made best use of the many cultural spaces the city has to offer – spaces so crucial for the free exchange of ideas and dialogue between different parts of the Nottingham community. Audiences enjoyed some of the biggest and most exciting writers of the moment including Gillian Slovo, Alison Moore, Amit Chaudhari and Jack Monroe. Most recently, I was in conversation with Nikesh Shukla at Nottingham Contemporary about his crowdfunded anthology The Good Immigrant which shines a light on the experiences of people who emigrate to the UK. 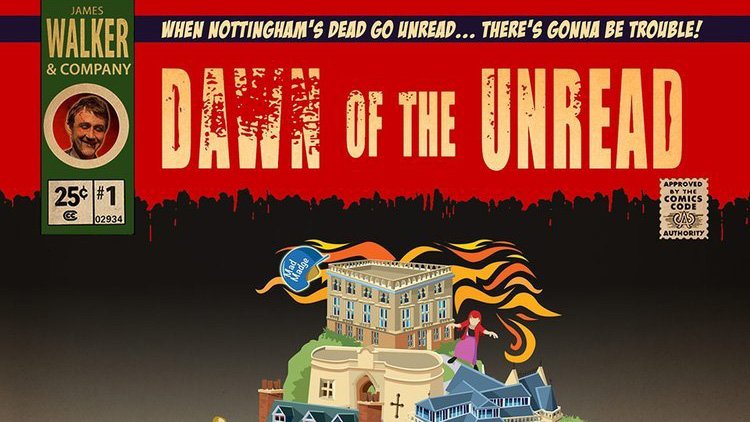 Dawn of the Unread book

We launched a beautiful print edition of the award-winning digital project, Dawn of the Unread. A wonderful mix of zombies, writers, local heroes past and present, and something so thoroughly Nottingham, can now be found in libraries, bookshops and schools.

We were privileged to participate in Nottingham in Parliament day, a University of Nottingham organised festival in Westminster which saw more than 2,500 participants gather at 45 events across Parliament. We celebrated all that is great about Nottingham’s richly diverse literary and artistic communities. Watch the interview with star guest, Stephen Mangan about what makes Nottingham such a wonderful place for literature. 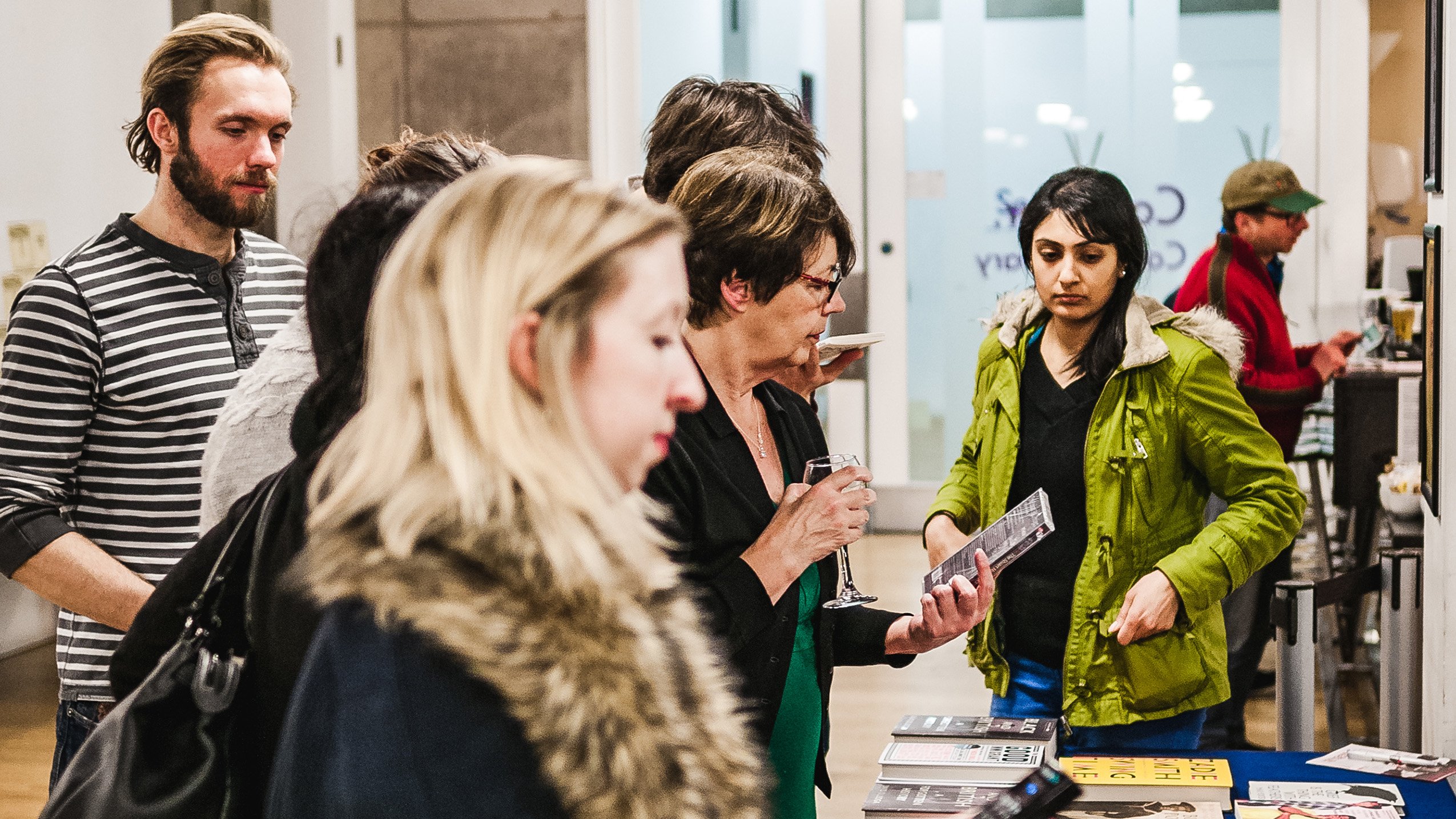 I have had the great pleasure of writing the foreword for the exceptionally talented writers of Monster – an anthology from fifteen fresh Nottingham-based writers. While many of the writers featured here may be just starting out their careers, it is clear from their strong, original voices that the future of creative writing is bright and its relevance certain.

I have spent time in our wonderful indie bookshops and libraries. Our booksellers and librarians are an impressive group of people, constantly exhibiting extremely high levels of curation, expertise, dedication and genuine passion.

At Nottingham City of Literature, we place great importance on keeping pace with digital developments. So we commissioned Makermet as our strategic digital partner and to support us to design a new website that will feel more alive with new content. Look out for the new website in March 2017!

We recently met with Abigail Parry, the award winning poet who has just completed a year as the Poet-in-Residence at the National Video Game Arcade. She is utterly inspiring, innovative advocate of bringing poetry to a wider audience via unconventional channels.

We launched Line of Light – a new project commissioned by Nottingham City Council and designed by artist, Jo Fairfax where five-word poems by writers including Byron, Lawrence and Ovid, as well as current Nottinghamshire residents, are projected onto the underside of the bridge over Station Street. The poems will change every day for a year and will include suggestions or specially written works from other UNESCO Cities of Literature and over 100 members of the public.

I have every confidence that the City Council will continue to put library provision at the heart of their mission. At Nottingham City of Literature, we will offer all the support we can and act as a critical friend, arguing for the widest access possible and improved services.

With news of the redevelopment of the Central Library, we will continue to make the best possible case for investment in libraries and literacy across Nottingham. Nobody can doubt the City Council’s continuing commitment to our library service, which was one of the reasons for our bid’s success. We recognise that there is a very big job to be done: how to replace the library at a time of unparalleled political crisis and continuing austerity is a huge challenge. I think the reaction to the closure of the central library, shines a light on the power of the library as a symbol of collective people power and civic pride. We all know just how tough things are, and in tough times it’s really easy to lose heart and momentum, but let us take some reassurance from council leader, Councilor Collins who said we now have an opportunity for a more modern and attractive central library. I have every confidence that the City Council will continue to put library provision at the heart of their mission. At Nottingham City of Literature, we will offer all the support we can and act as a critical friend, arguing for the widest access possible and improved services.

We firmly believe that investing in literacy, especially among younger children, is the key to improving their future life chances.  This is not just a nice idea; the social and economic imperatives are clear. Children who are read to from an early age start school with thousands more words than their peers. Whether or not a teenager loves to read is a clear indicator of his or her later economic success.  Reading clearly matters too.

The resilience of the cultural sector is going to depend on adapting to the changing world and mobilising strong, vibrant, effective partnerships between all those committed to creativity and culture. Achieving this kind of collab­orative working demands particular investment and support and so I am thrilled by Nottingham City Council, The University of Nottingham and Nottingham Trent University’s support as core funders of Nottingham City of Literature and the wider cultural offer – and I invite anyone else – who can help us to join us on this journey. 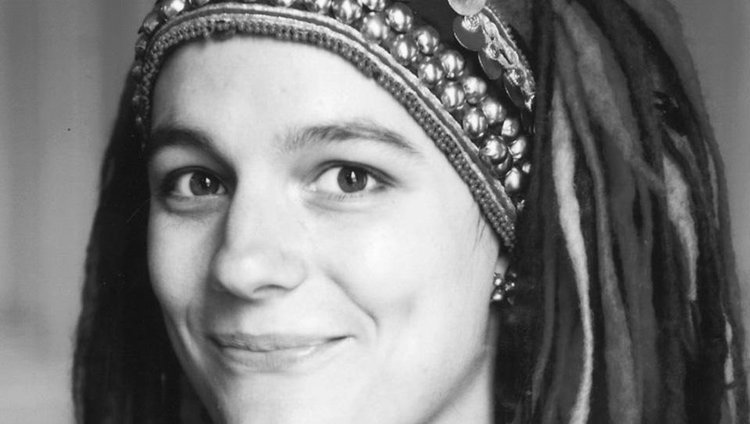 Abigail Parry, the award winning poet who has just completed a year as the Poet-in-Residence at the National Video Game Arcade

Over the next few days, Abigail Parry will be travelling to our sister City of Literature, Lviv, Ukraine, to represent Nottingham, and we are welcoming visitors from the City of Bucheon, South Korea and supporting their bid to become a UNESCO City of Literature. We are seeking an experienced Project and Communications Manager to join the Nottingham City of Literature team, and will shortly put out a commissioning opportunity to develop Dawn of the Unread as a teaching resource.

I’ve enjoyed some great conversations with hundreds of stakeholders from across the Nottingham arts and culture world, which has helped to shape my thinking enormously. So, if we’ve already spoken, thank you for sharing your thoughts, ideas and experiences with me. If we’ve yet to speak, then I hope to have the opportunity for a conversation over the coming months.

We are currently spending a lot of time talking about fundraising matters, it’s important to stress that it remains of paramount importance to me that Nottingham City of Literature continues to foster an environment where literature can be created, expertly curated and enjoyed by diverse audiences. We will work with a wide range of partners to stage events, develop projects and attract visitors to this city. I hope that the investment in the arts and culture that the UNESCO accreditation will help us to cultivate can work for everyone who lives in, works in, or visits Nottingham.

Rest assured that all of us at Nottingham City of Literature will do our very best to ensure that we create the conditions where new audiences for literature are developed and all parts of Nottingham’s literature sector continues to thrive.