An Evening With Stephen Mangan 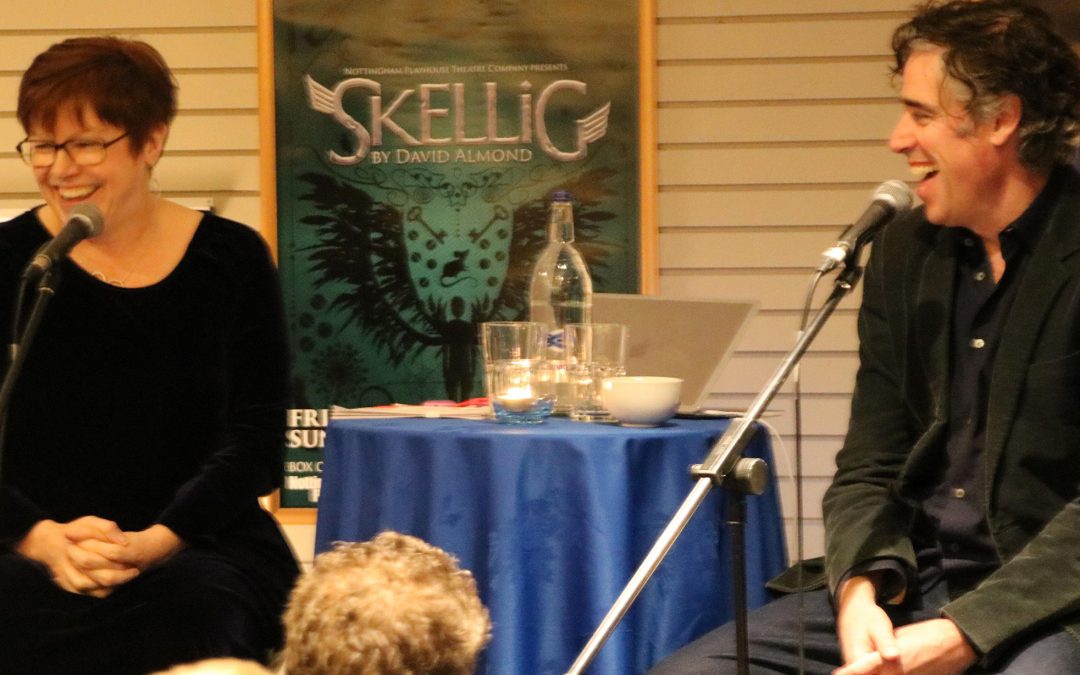 Nottingham can lay claim to many firsts in history: first tarmacked road, first league football club (as of writing), first library exclusively for children. But to Stephen Mangan, it’s about seconds: it’s here in Nottingham, at the Playhouse, that he took his second ever professional acting role. “Yes, it all started somewhere else but continued here” he deadpans as he returns to the theatre after his not-quite debut two and a bit decades ago.

He’s here to help us out, and host a fundraiser for us. He bounces onto stage to be grilled on his career in a Q+A by NUCOL trustee, NTU’s Barbara Matthews, and to host an auction, all to raise funds for our work in spreading literacy in Notts.

The event is a rapid sell-out, testament to Mangan’s wide appeal: few actors straddle the stage and screen with such ubiquity, and with such talent and charm. He is a disarmingly candid interviewee, and Barbara Matthews does a fine job in her questioning. They could easily form a very amusing double act: indeed, on taking the stage Mangan looks over at Matthews and announces ‘Peters and Lee! We’re back!”

The evening passes all too quickly, with enough time for him to personally mingle with the audience for the obligatory selfies and handshakes. While not wishing to reduce anyone down to their physical appearance, ‘He gets better looking with age’ seems to be a repeated refrain, often directly to him “It wasn’t until I got on stage that I realised I had this weird face’ he points out.

Our Young Poet Laureate, Georgina Wilding, provides a perfect stage partner later on, with a breathtakingly strong, albeit brief, performance (she is subsequently auctioned off to write and perform a dedicated poem for the highest bidder). She’s buoyed up after just receiving the news that she is to be the new Creative Director of the Nottingham Poetry Festival in 2019: a perfect role for our poet as she comes to the end of her laureateship.

It proves to be a fine night, and thanks to the generosity of all those in attendance, we raised a significant amount of money to use directly in forthcoming literacy projects. 2019 will be our biggest, busiest year yet as we co-host Nottwich and aim to ensure Nottingham is seen globally as a city that both swell with and attracts creative talent.

But what of that non-debut at the Playhouse, back in the early nineties? Well, it’s seared on Mangan’s mind for many reasons, not lease an incident in a lift, which he recounts in this video we filmed when we met him down at the Nottingham in Parliament event in 2016….

A huge thank you to everyone who attended, the Playhouse for being brilliant hosts, and Stephen Mangan, who will never come second in our affections….

If you’d like to find out how to get involved in sponsoring Nottingham City of Literature carry out its mission to build a better world with words, please contact us at contactus@nottinghamcityoflit.org: we’d love to have you on board.