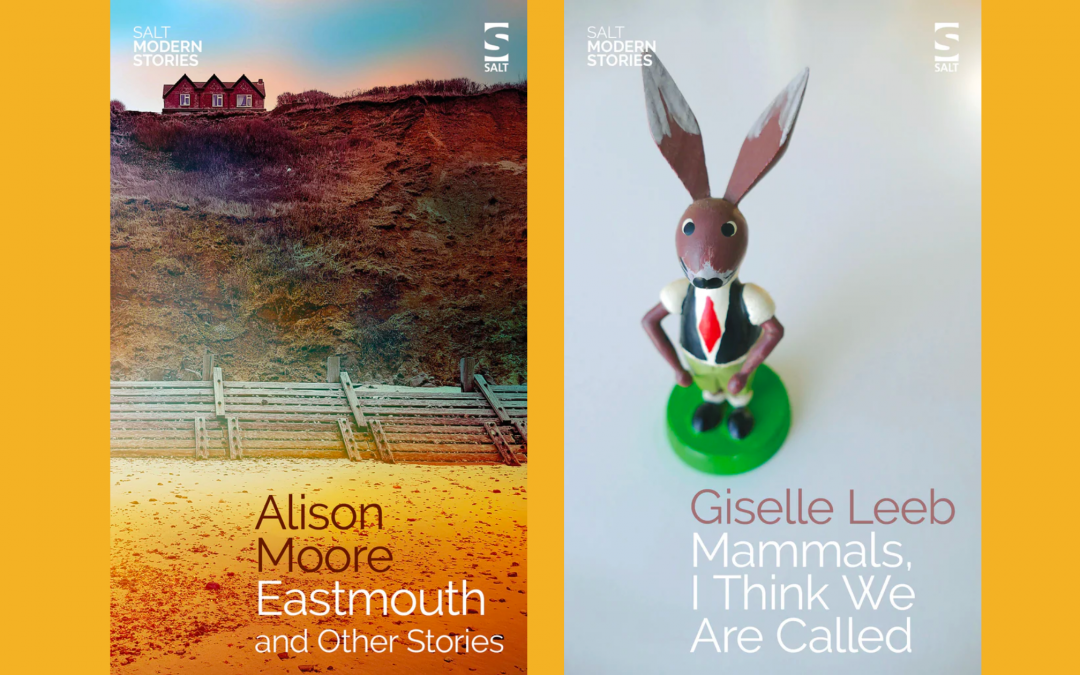 Nottingham has much to be proud of when it comes to forms of literature – our vibrant live poetry scene, our screen, script and play writes / wrights; our novelists. Yet a less celebrated but no less exciting area of local excellence lies in the crafting of short stories. When it comes to the more succinct side of storytelling, we have much to cheer about. Arguably, Lawrence and Sillitoe’s best work was their short fiction: while the latter is mostly celebrated for Saturday Night and Sunday Morning, surely his defining masterpiece was its successor, the collection of stories that take in Goose Fair, social isolation, Notts County and, of course, Colin Smith, the title’s lonely Long Distance Runner.

In 2022, we are blessed in this city with many two incredibly powerful talents whose mastery of the form is evident in two imminent collections: Alison Moore and Giselle Leeb, who visited Nottingham City of Literature to talk about their work.

“The immersive nature of writing short stories is what makes them fascinating to write” explains Alison, whose debut novel, the increasingly terrifying The Lighthouse, was shortlisted for the Booker Prize.

Giselle agrees, and is adamant that any idea the short form is somehow ‘less work ‘should be shelved “Nothing is wasted….they can take years sometimes, even when I’ve written one, i have to leave it for about six weeks before I can move on to approaching it further.. Yes, some do appear as if from nowhere, and can be grabbed and written fast, but you can’t rely on that. It’s incredibly rare!” This echoes Thoreau’s observation on brevity: “Not that the story need be long, but it will take a long while to make it short.”

Both put faith in their imaginations leading them, writing, as Alison describes it “To discover the story”. Starting a story requires little, merely a speck of an idea, a theme, a place or a person to nucleate around “I write freely from the subconscious” says Giselle “It’s much more fun, exploring. You have to trust your instincts” 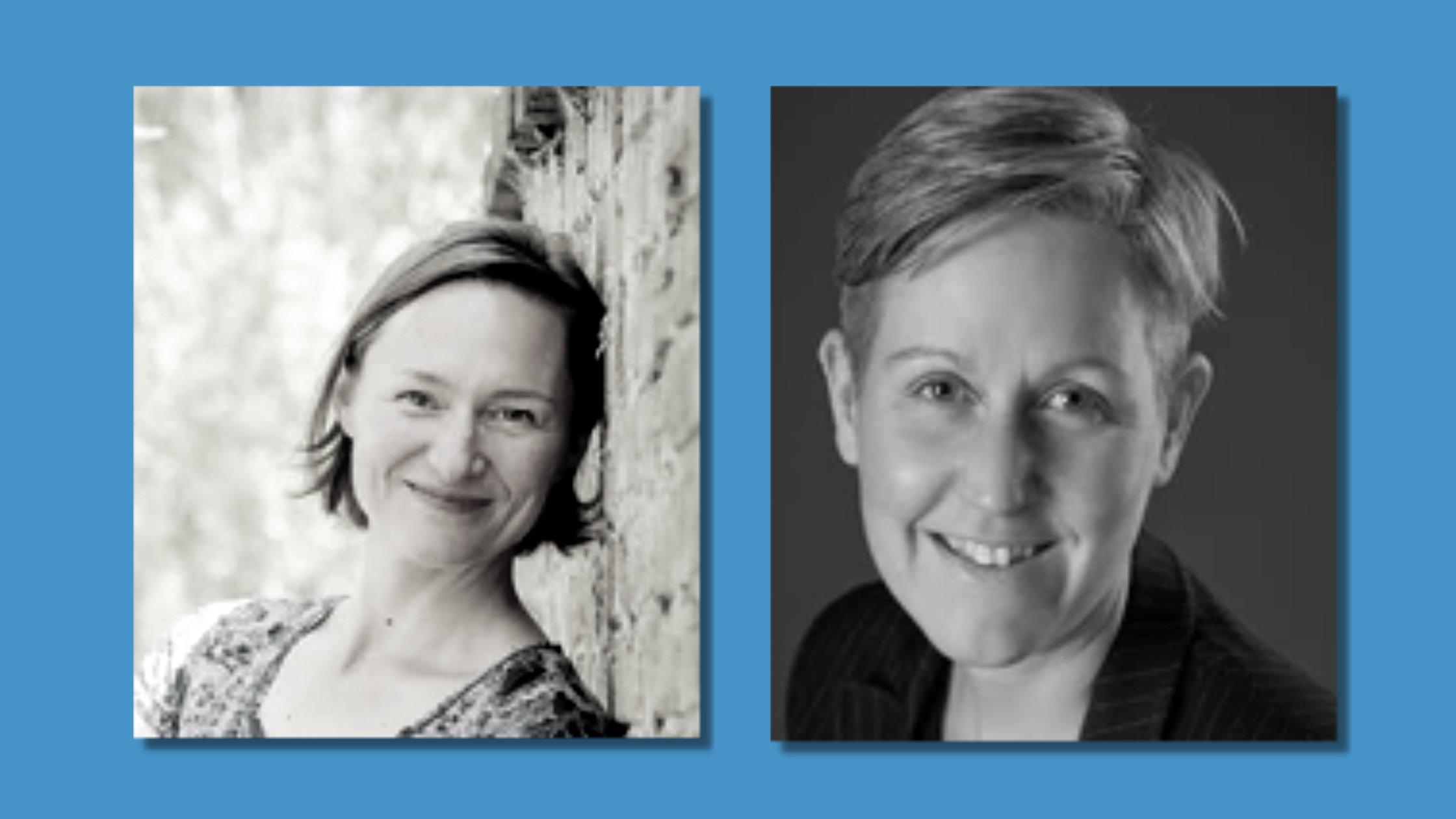 Giselle’s debut collection, Mammals, I Think We Were Called is published by Salt this week (Saturday, 15th October) and is already gaining plaudits for its striking imaginative way of approaching a story: fantastical in subject and scope ( “There’s two about apes – could have been more, I have several, but two felt enough”). She effortlessly creates universes with an impeccably skewed logic to them, allowing the reader to be transported; questioning our relationship to technology, the environment and the animals we share the world with. While there’s a darkness to her tales, it is cut through with deep curiosity, and – importantly – heart. If you’ve read George Saunders’ short stories, you’ll be an instant fan, but a straight comparison would be lazily reductive. Giselle’s originality of thought is without doubt: you will be taken to places not on your maps.

Alison already has a wide readership after her devastatingly brilliant first novel thrust her into the national consciousness, and her new collection, Eastmouth and Other Stories, released on the same day as Giselle’s collection, looks like it will bring in many new fans. Her stories are elegant in the telling, full of attentive detail that unnerves, unsettles: the wisp of breeze that triggers a shudder. Rather than show the monster, she creates a sense of its outline.. Her stories have a habit of staying with you long after you’ve put them down, instilling a fascinating disquiet; the unspoken, the unsaid. As such, her fans find much space to project onto “I’ve had readers psychologically profile Futh (The Lighthouse’s melancholic protagonist), and try and tie up the ambiguities” This delights her; her creations living lives long after she has set them loose.

Why are our writers here in Notts so strong at short fiction? It’s not the geography itself, per se: “I draw on the local landscape on occasion” explains Alison “Would I be a different writer if I was in a different place? It’s impossible to know”. Giselle also is sceptical: originally from South Africa, she concedes that closely witnessing the apartheid system close-up is more an influence than her current environs.

Yet the complex creative networks that run through Nottingham have proved fruitful for both authors. “As I became a writer, I had great difficulty in having to read aloud” Alison confesses “But I built my confidence through Nottingham Writers Studio; they ran programmed readings, which worked for me in ways an open mic wouldn’t. They were friendly and supportive, and I drew a lot of confidence from them”

Giselle is similarly effusive ‘Jon McGregor was especially supportive in my early days here. Feedback groups really helped with my work… there’s a web of people and things here that are all supportive, all encouraging, caring”

“When The Lighthouse came out and started becoming big” adds Alison “there was so much support locally. It was wonderful to see it in action: people like Ross (Bradshaw) from Five Leaves, all part of it. Nottingham nurtures its writers”.

Mention of Five Leaves is apt, as Nottingham’s proudly independent bookshop are playing host to a live event in November (Tuesday 1st, details here) where both writers will be presenting their work, and where the book will be available to buy. Come along: to call on the aforementioned George Saunders: “When you read a short story, you come out a little more aware and a little more in love with the world around you.”

Alison and Giselle are both appearing at a special event at Five Leaves Book Shop on the 1st November, details here: https://fiveleavesbookshop.co….