A History of the Nottingham Writers’ Club 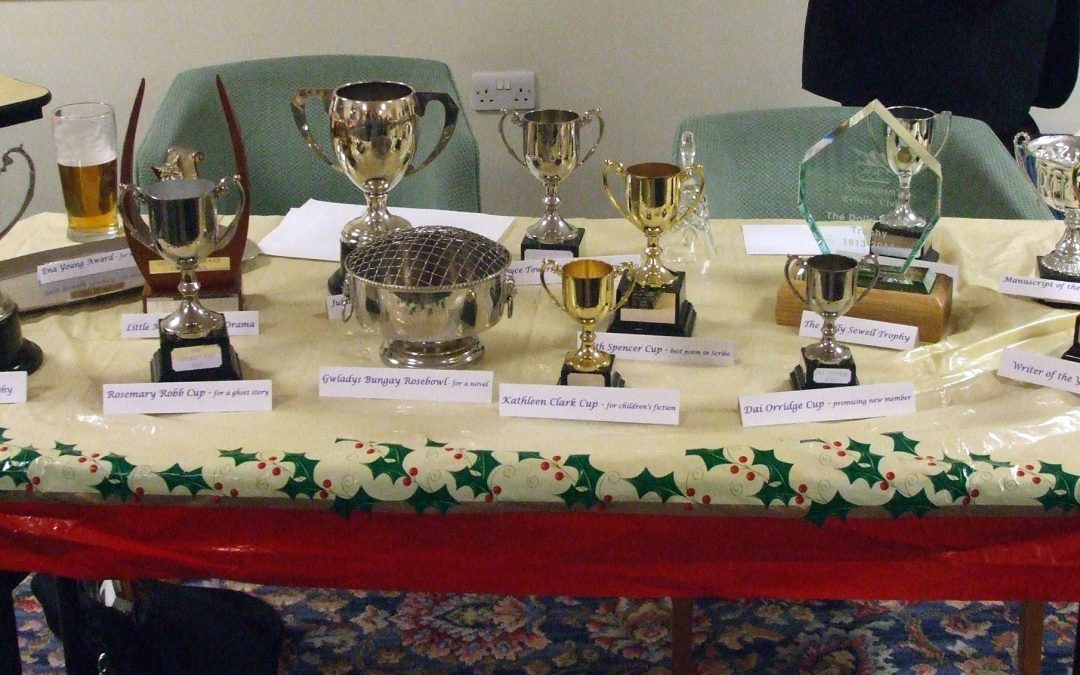 This article is published with permission from its authors, all members of the Nottingham Writers’ Club.

A History of the Nottingham Writers’ Club

The Club was officially launched in 1927 when the Nottingham Writers’ Circle, as it was first known, needed more members. Their magazine, Scribe, (published since November 1933) reported:

‘Leslie Bicknell and friends met despondently in the Milton café on Long Row to decide whether to give up or carry on. Small ads were placed in the Evening Post and Guardian newspapers which attracted new members’.

Thanks to the response all those years ago, the Club still exists today. The first recorded meetings were held in the Haddon Room of the Black Boy Hotel on Long Row. The Club has always had a wealth of speakers at their meetings and in October 1935 the author of the popular Saint novels (made into films and TV shows), Leslie Charteris, was a guest. He started by saying “I’m a retired burglar” and went on to talk about his other ‘jobs’ and his writing successes. The author of the report in Scribe (known as Peeps) described him as “tall, slim, with an east graceful walk, laughing eyes, a ready smile and an eyeglass.”

Godfrey Winn, then a young novelist, also visited around this time and his advice to Club members was “Keep on writing. Go out on every possible occasion and meet people. Study humanity.”

In 1937, the Club moved its meetings to The Elite building on Parliament Street. They were happy with their new room but disappointed that the Elite didn’t have a drinks licence. Peeps cheered up when he was told in a whisper, “If you order it specially they can get it in for you.” The first speaker there was one of the founding members, the novelist, Ernest Ashley who wrote as Francis Vivian. He had 18 books published his first being Death at the Salutation in 1937.

They didn’t stay there for long (probably because of the drinks problem) and the next year they moved to the Albert Hotel, Derby Road, where they met until the outbreak of the second world war.

After peace was declared, regular meetings were resumed, this time at The Adult Schoolroom on Friar Lane. The first post-war Scribe printed was in October 1945 which showed you can’t keep writers down for long. They were in the Quaker building until 1960 and during that time Alan Sillitoe, one of Nottingham’s most celebrated 20th Century writers, became a member.

Alan won a Club short story competition with ‘Mountain Jungle’, about which the adjudicator commented, “I have no criticism of it, as it came perfectly into my vision as I read, and I felt that it was something that had been imprinted on the author’s mind. The atmosphere has been caught perfectly.” The story is published in the April 1951 edition of Scribe, for which Alan also wrote an article ‘Disaster at Menton’ (France) about a flood which caused terrible hardship to the inhabitants of the town.

From January 1960, the Committee decided to move the meetings to The Bell Inn, Angel Row, where they would be assured of “more comfort and better facilities for enjoying refreshment in a Club atmosphere”. ‘Scribe’ reports that “They were held in a room above a bar which appeared to be gents only, but which had to be gone through to ascend a flight of steps that passed as a staircase. Whenever the young, and most endowed, female members ascended those steps, lines of vision would be transferred to them from the best bitter”. (This was perhaps helped by the fact that short skirts were then the fashion!)

The next meeting place was St Luke’s House, Friar Lane, where the Club got together from 1966 to 1987. It was during this period that the NWC was asked if they’d like to have their own radio programme on Radio Nottingham. This was suggested by the then Programme Controller, Robert McLeish, and recorded on Tuesday mornings at York House. It ran for thirteen weeks, but when members were asked to continue, they decided to decline as compiling and editing contributions was so time-consuming.

After leaving St Luke’s House, the Club made the move to The Nottingham Mechanics which is still their home, although they are now at the new building in North Sherwood Street rather than the old one in Trinity Square. During this time, Peter Walker served many years as President, only retiring because of ill health. Peter is best known for the Heartbeat Series on TV which were an adaption of his Constable novels, the first series being broadcast in 1992. Our current President is the writer Roy Bainton, who takes an active interest in the Club and writes a fascinating and informative piece for every issue of Scribe.

One of the most famous (or, at the time, infamous) speakers who came to that room in Trinity Square was the MP Edwina Curry. She visited in October 2002 just after her book ‘A Parliamentary Affair’ was published, and unsurprisingly she attracted a lot of attention from members, visitors and the press.

Many of the Club’s successful writers have left a legacy in the form of a trophy bearing their name, to be awarded annually. Among these are Ena Young, Gladys Bungay, Rosemary Robb and Dolly Sewell.

From the beginning, NWC’s aim was, “To provide friendly co-operation among writers and to promote activities for their mutual interest and benefit”. It continues to do this with encouragement and constructive criticism, and members entering the regular poetry and prose competitions benefit from the judges’ useful advice.

Literature and writing in all its forms will always be an important part of our cultural scene, and the Nottingham Writers’ Club will be there to support it.

Details of meetings are on our website www.nottinghamwritersclub.org.uk, and are advertised on Facebook (Nottingham Writers’ Club) and Twitter (NW_C). We have regular Speakers’ Meetings, Read and Write Nights (which give members and local writers a chance to get together and talk about writing as well as read out their work for feedback), two parties per year and two trophy competitions: Manuscript of the Year and Verse of the Year.

We also run regular prose and poetry competitions for members, and an annual National short story competition – for which the 2016 theme has just been announced. Again, full details of this can be downloaded from the website, or may be requested via the Enquiry Form on the website.

The Club welcomes all writers whether they are just starting out or more experienced, and members are happy to sit and chat about the subject we all love so much. Meetings are free to members, who also receive a printed copy of our quarterly magazine, Scribe. The visitor fee is £3.

‘Nottingham Writers’ Club welcomes everyone who loves to write’.