“A Great Leap in the Dark”: Thomas Hobbes 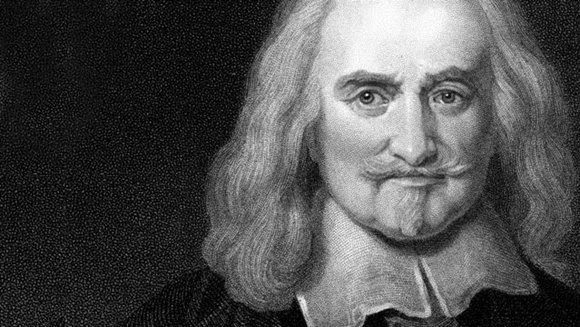 It was a cold winter in 1679. On 6 December a sad procession weaved its way down the path from Hardwick Hall to the estate church at Ault Hucknall, bearing the coffin of a much-loved servant of the Cavendish family. Inside the coffin, wrapped in a woollen shroud was the aged body of one of Britain’s greatest scholars.

Thomas Hobbes was born in Malmesbury on 5 April 1588, the year of the Spanish Armada. His father was a disreputable clergyman who abandoned the family while Hobbes was a teenager. Thomas had, however, already been marked out as an exceptionally gifted pupil at the local grammar school. With help from an uncle, he went on to study at the University of Oxford. From there, he was recommended to the Earl of Devonshire, of Hardwick Hall and Chatsworth, as tutor to William Cavendish, the heir. He remained in the service of the Cavendishes, with minor exceptions, including a short period as tutor to the Clifton heir, for the rest of his life. While he was mainly associated with the Devonshires, he was also closely involved with the Newcastle Cavendishes, who hosted many leading literary and scientific figures at Welbeck Hall. As a tutor, Hobbes was able to travel extensively in Europe and meet other major thinkers and scientists. For most of his career, however, he worked as what we might now call a ‘special adviser’ to the Earls of Devonshire, drafting pamphlets, representing them in confidential political and financial dealings, and maintaining their most important correspondence. Although this work often took him to London, and abroad, it was to Hardwick and Chatsworth that he chose to return, and to retire in old age.

The church at Ault Hucknall is a place of pilgrimage for international scholars but rather neglected by Britons. Hobbes is, though, worthy of recognition by the City of Literature, alongside writers like Byron or Lawrence. His life spanned the transition from Latin to English as the main language of scholarship and science. Some of his phrases – ‘the life of man, solitary, poor, nasty, brutish, and short’ – are still in circulation more than three hundred years after his death. More importantly, though, people are still trying to answer the questions that he asked about politics and society.

Hobbes’s most famous work, Leviathan, published in 1651, is a thought experiment. Let us suppose, he says, that humans are essentially selfish, devoted to pursuing their own interests regardless of the impact on anyone else. What would such a society look like? It would, he suggests, in another phrase we still encounter, be a war ‘of every man, against every man’. In such a situation, no-one would be able to trust another person or start any long-term projects. Why plant seeds if you could not be sure of the harvest? Why improve your home if you could be evicted by force at any moment? Why marry or raise children, when you could ravish anyone unable to resist and enslave their offspring? A world of wholly selfish people would truly offer a very poor life to all who lived in it. Indeed, it is questionable whether it could function at all.

If we look around us, however, we can see that the world does not really work like this. Leviathan’s experiment is a work of imagination, although there are obviously people who argue for selfishness as a basis for social relationships. Modern economists often seem to think that way, for example. Hobbes, though, is more interested in how we have built a world where self-interest is constrained. This is the agenda that he sets down for future generations of thinkers about society and politics.

Hobbes was writing in difficult times. His life was a period of great religious and civil conflict. Anything that set out a positive position carried considerable risks. His books were burned in Oxford in 1683 and he had difficulty in getting permission to publish his late work. Part of the reason for his eventual retirement to the Cavendish estates seems to have been his fear of imprisonment for religious unorthodoxy, if not outright atheism. There are stories of him attending the church at Ault Hucknall, to comply with the legal obligation to be present, but turning his back on the preacher – claiming that his deafness meant he could better hear the sermons that way! When he answered his own question about society, then, his language is quite coded. 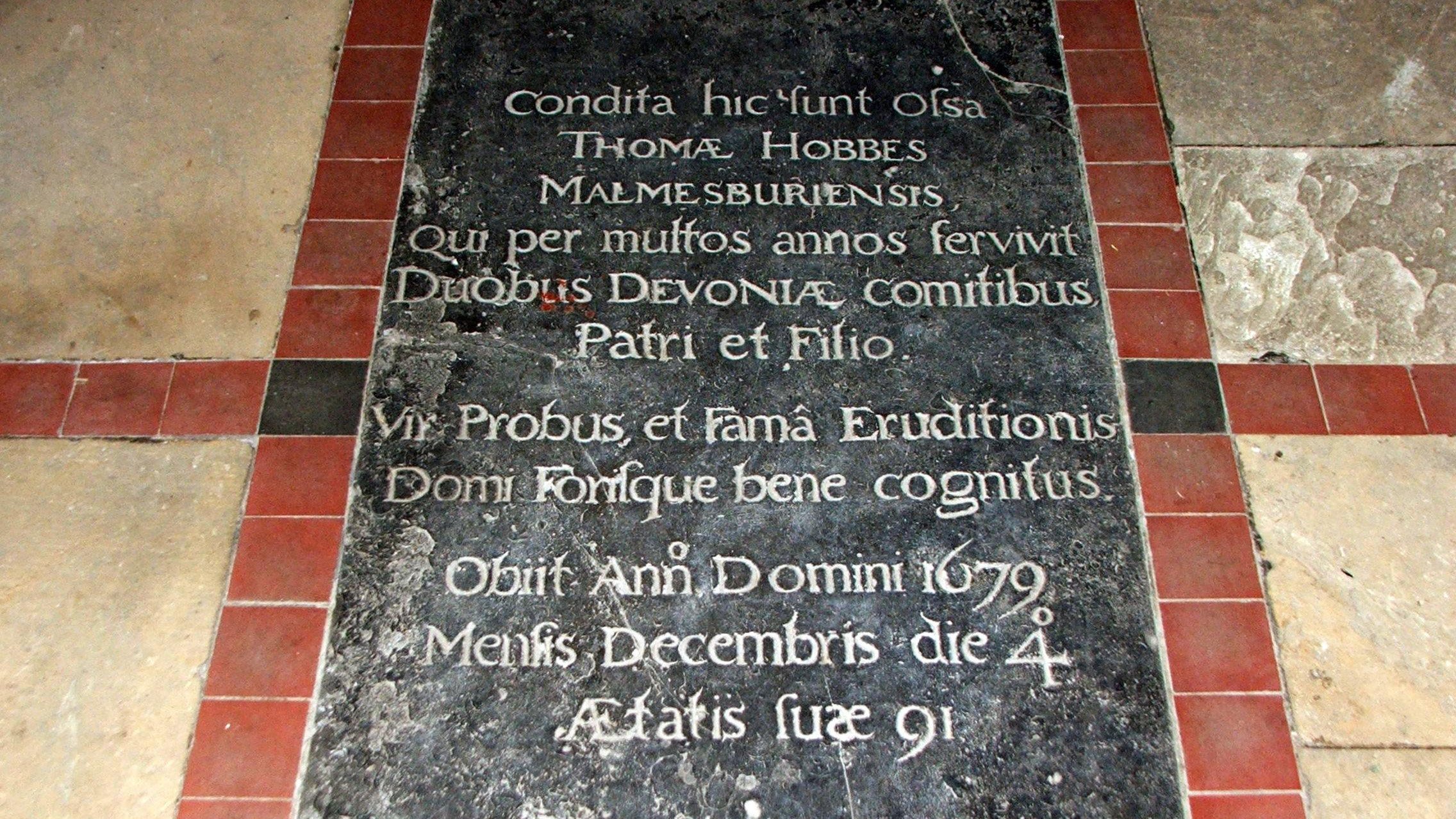 In essence, though, his argument is that self-interest leads people to recognize the value of constraining self-interest. They recognize that they can create a better world for everyone by agreeing a set of rules that will give each of them the security to invest in the future. It is, of course, all very well to have rules – but who decides what they mean in any particular case and enforces them? Hobbes suggests that this is the function of a sovereign power. He is careful to be vague on this point – you might think he is endorsing monarchy but his enforcer only has that power by the consent of the people. At the time, the English kings were claiming that their authority came from God, which helps to explain why Hobbes’s language is sometimes ambiguous. He is not, perhaps, the bravest of men!

Ultimately, there are weaknesses in Hobbes’s answer. What happens if the enforcer is decides to use the power they have been given to pursue their own selfish interest? They are just as human as the people they are supposed to police? What kinds of rules should we have? What kinds of enforcement are reasonable? Hobbes’s great contribution is to ask, in beautifully constructed prose, the fundamental question from which all the others flow: how is it possible for men and women to live together in societies that deliver both peace and prosperity?