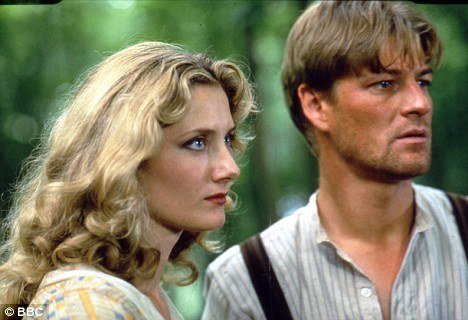 Insightful and compassionate with fine characterisation and a solid plot, Cutting Edge is another highlight of John Harvey’s Resnick series. There’s a slasher at large, brutally targeting hospital staff in inner city Nottingham. With a knowledge of anatomy, the killer seems able to keep one step ahead of the police, but Resnick is on the case.

There was a radio broadcast of Cutting Edge in 1996. The BBC Radio 4 drama featured the voices of Tom Georgeson (as Resnick), Sean Baker, Kate Eaton, Paul Bazeleyand and John Simm.

The blow sent him stumbling backwards, losing his footing as he cannoned against the centre of the doors and pitched forward, thinking before the belated sear of pain that he had been punched, not cut. (from Cutting Edge)

Former Nottingham Girls’ High School pupil Stella Rimington joined Britain’s Security Service in 1969. In 1992 she was appointed Director General of MI5 becoming the first woman to hold the post, and the first Director General to have her name publicly announced on appointment. Following her retirement in 1996, Rimington released her autobiography Open Secret, and has since published ten thrillers featuring MI5 officer Liz Carlyle.

Sue Thomas’ first novel, Correspondence, won The Heinemann Fiction Award, an Encouragement Award from the European Science Fiction Society, and it was short-listed for the Arthur C. Clarke Award for Best Science Fiction Novel. Described as a hypnotic mix of cyberpunk and magical realism, it’s a chilling read which blurs the boundaries between virtual reality and real life and examines the interconnectedness of fantasy, desire and memory. Thomas became the first course leader of Nottingham Trent University’s MA in Creative Writing, spending sixteen years here and writing a book for creative writing teachers. She also founded Trace Online Writing Centre; a unique, international creative community which used the internet to develop innovative work.

The TV drama Heartbeat first hit the screens in 1992. It ran for 18 series, over 350 hour-long episodes, to 2010. The setting, as well as many of the characters and storylines, was taken from the Constable novels by Nicholas Rhea, stories featuring an English policeman in a rural village in North Yorkshire during the 1960s. The late Nicholas Rhea (aka Peter N Walker) was a former President of Nottingham Writers’ Club. An author of over 130 books, he is best known for inspiring Heartbeat and wrote a lavishly illustrated book about the popular TV show.

Married Past Redemption by Stanley Middleton (1993)

Observational and shrewd, this is Stanley Middleton at his best as he investigates the trials of contemporary marriage as experienced by several professional couples and characters of different generations. At the heart of this are the engaged David and Alison. His father (a TV celebrity) and grandfather (a retired teacher) have their own problems, whilst an ex-lover of Alison’s remains a destructive presence. It’s a story of the hopes and fears of the journey we call marriage, and of the nature of change.

On Vernon’s insistence, they had moved to a larger house, part of the de Courcy Estate, but he, once a puritan, self-obsessed worker, had now relaxed, begun to enjoy his fame or notoriety, made love to friends’ wives if they were attractive enough, to bimbos, to colleagues, never seriously enough to land him in trouble with anyone but his wife to whom he talked openly of his liaisons. We heard him in a silence which he misjudged. (from Married Past Redemption)

Broadway Cinema’s Shots in the Dark crime festival welcomed Herbert Lom, best known for his portrayal of the hapless inspector Dreyfus in the Pink Panther films.

Also in this year, BBC One had a hit on their hands in the form of Lawrence’s Lady Chatterley’s Lover which was serialised as a mini-TV series starting in the June. Joely Richardson, James Wilby and Sean Bean took the leading roles, with Hetty Baynes playing Connie’s sister Hilda. The show’s director Ken Russell – who was married to Baynes at the time – played their father.