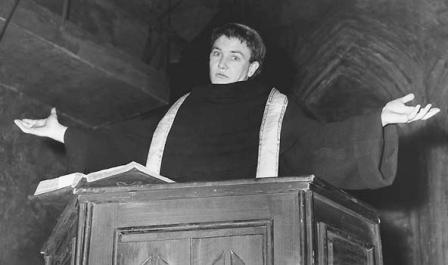 Following the explosive Saturday Night and Sunday Morning we hear more of the Seatons in Alan Sillitoe’s third book Key to the Door, but this time the focus in on Arthur’s older brother Brian. It’s a story of struggle on the grim streets of Nottingham, a time of economic challenges. Young Brian – formerly a little bogger, allus reading (stolen books) – has become a man, separating his time between the local boozers and the cardboard factory. He soon gets ‘involved’ with a woman but Malaya awaits. Political ideas formed in working-class Nottingham present personal conflict during the war. This is Sillitoe on familiar turf.

She could hardly believe it had happened like it had, and that she was in such a fine bleddy mess; and it was impossible not to spend the next hour brooding on it, going back over the last few years and picking them to pieces as if they were the components of a complex lock that, once opened, might solve something. (from Key to the Door)

Albert Finney, who starred as Arthur Seaton in the film version of Saturday Night and Sunday Morning, returned to Nottingham in 1961 to appear at the Theatre Royal in John Osborne’s new stage play Luther. Finney took the lead role, playing one of history’s greatest religious thinkers and revolutionaries. Like Osborne’s Look Back in Anger and The Entertainer, the play is an intense psychological study of a flawed anti-hero, pitted against his world.

The Just Exchange by Stanley Middleton (1962)

The publisher Hutchinson released Stanley Middleton’s The Just Exchange in 1962. They had first published the then 38-year-old Nottingham author four years earlier under their new author scheme. Middleton began to pen a novel a year for Hutchinson, something he would continue to do for decades to come. This book was sandwiched by novels that explored compelling sexual attraction as the sole basis for a relationship in what was a good spell for the author. The Just Exchange came on the back of two of his finest works Harris’s Requiem and A Serious Woman. At the time of writing the book Middleton has just moved from Bulwell to a larger house in Sherwood.

Alan Sillitoe’s short story The Loneliness of the Long Distance Runner appeared on screen in 1962. Directed by Tony Richardson the film starred Tom Courtenay as the defiant hero Colin Smith, with Michael Redgrave the smug governor that picks him for the prestigious challenge cup athletics competition. James Bolam and a twenty-year-old John Thaw also make the cast in this tale of a rebellious youth sentenced to a boy’s reformatory for robbing a bakery. Sillitoe also wrote the screenplay.

Bishop Robinson had received criticism from his church in 1960 after he rallied to the defence of D. H. Lawrence’s novel Lady Chatterley’s Lover at the famous obscenity trial. In his court testimony against the censorship, Robinson claimed that it was a book which “every Christian should read”. He caused a greater stir in 1963 with his own million-selling book Honest to God. In his book, the Anglican Bishop challenged traditional Christian theology, controversially questioning the ‘mythical’ nature of the biblical concepts of God, Jesus and prayer. To bring these concepts into a scientific/space age Robinson proposed abandoning the notion of God being ‘out there’ preferring the notion of God as ‘Love’. It should be more a case of intended metaphor rather than people taking words literally, argued Robinson.

The final psychological, if not logical, blow delivered by modern science and technology to the idea that there might literally be a God ‘out there’ has coincided with an awareness that the mental picture of such a God maybe more of a stumbling-block than an aid to belief in the Gospel. (from Honest to God)

The ‘new’ Nottingham Playhouse on Wellington Circus was opened in 1963 by Lord Snowdon, with a gala performance featuring excerpts from Coriolanus, which opened the following evening. The cast included John Neville, Leo McKern, Michael Crawford and a young Ian McKellen.

In this significant year for Nottingham theatre, the playwright (and screenwriter) William (Billy) Ivory was born in Southwell. Nottinghamshire has had a strong influence on the award-winning writer and this is evident in his work.