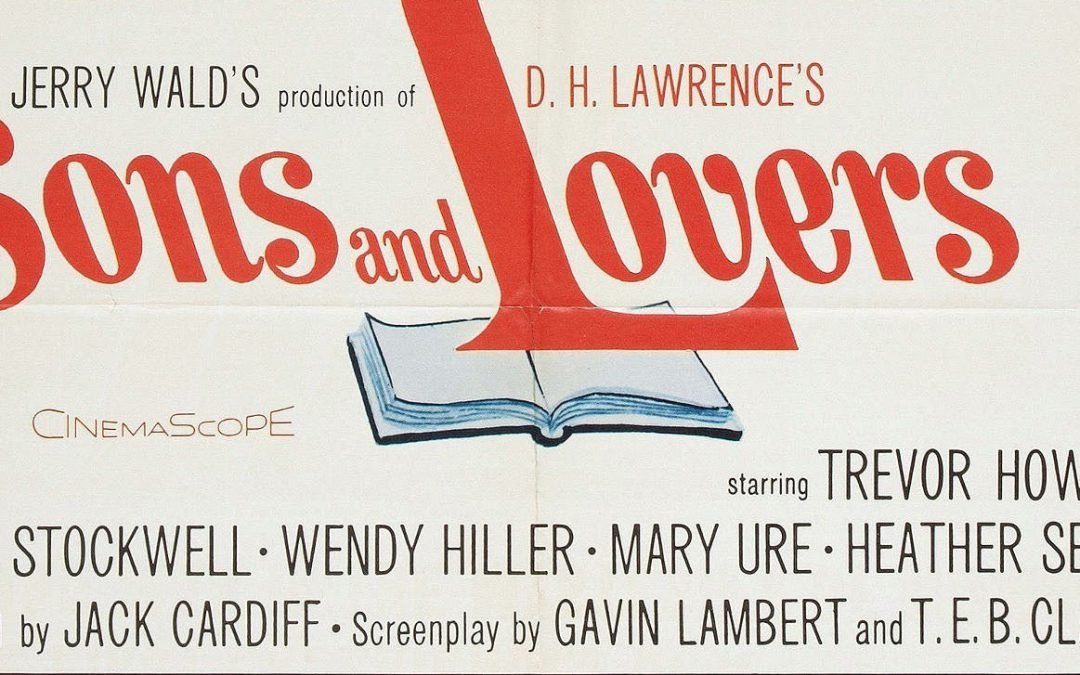 Directed by Karel Reisz the movie Saturday Night and Sunday Morning was written by Alan Sillitoe and based on his novel of the same name. Arthur Seaton is played by Albert Finney; Rachel Roberts plays the married woman he impregnates, and Shirley Anne Field plays Doreen. His dubious ‘Nottingham’ accent aside Finney makes a fine Seaton, the individual rebelling against authority and social expectations. Much of the location filming took place in Nottingham where the story is set. The film, which proved a huge success and became a classic of the kitchen-sink genre, was given an X certificate on release and banned in Warwickshire. Karel Reisz and Shirley Anne Field attended the provincial premiere at Nottingham’s ABC cinema.

Nottingham and London shared the UK premiere of the movie Sons and Lovers, adapted from D H Lawrence’s 1913 novel. Set in an English mining town – and partly filmed in Eastwood and the city centre – the film follows Paul Morel (played by American Dean Stockwell), a young would-be artist inhibited by his emotionally domineering mother (played by Wendy Hiller) and his angry, alcoholic father (played by Trevor Howard). Joan Collins had been named in the cast in 1959 but she never made it to the movie. It’s a coming-of-age tale in which Paul Morel attempts to escape the limits of his coal-mining town and the suffocation from his mother. For Sons and Lovers Freddie Francis’s cinematography won him an Academy Award and Jack Cardiff received a Best Director nomination.

Nottingham schoolmaster Stanley Middleton’s novel is about a Beechnall schoolmaster, and Beechnall is really Nottingham, keeping up? Thomas Harris is also a composer of classical music and harbours hopes of his talent finally getting the recognition it deserves with his great requiem for the forgotten, written after his difficult father dies. The plot is an unpredictable path of personal highs and lows. Harris’s honesty and unwillingness to play ball provide much friction and his self-doubt and anxieties ring true. Middleton brings a strong Nottingham voice and sense of humour to the writing.

Stanley Middleton was a prolific writer and would go on to win the Booker prize but this book remains one of his best.

I’m Thomas Harris I am. I’m somebody. (from Harris’s Requiem)

The book tells of Lady Chatterley’s passionate affair with Mellors, the family gamekeeper, and details their erotic meetings. The affair is extramarital, for Connie is tied to the emotionally distant and physically hampered Sir Clifford Chatterley. Lawrence wrote three versions of this book: the first is known as The First Lady Chatterley, the second John Thomas and Lady Jane and finally Lady Chatterley’s Lover, first published in Italy in 1928. The manuscripts contain similar plots but the characterisations vary and the dialogue widely differs. The unexpunged edition of Lady Chatterley’s Lover was not published openly in Britain until 1960 after a famous trial (see below) following which the book quickly sold three million copies.

Obscenity only comes in when the mind despises and fears the body, and the body hates and resists the mind. (from Lady Chatterley’s Lover)

In 1960 Penguin were intending to publish a set of works by D H Lawrence to commemorate the 30th anniversary of his death. The year before, the government had introduced the Obscene Publications Act that said that any book considered obscene by some, but that could be shown to have ‘redeeming social merit’, might still be published. So, Penguin, knowing that a ban prevented their planned publication, sent twelve copies of Lady Chatterley’s Lover to the Director of Public Prosecutions challenging him to prosecute. He did, leading to a six-day trial at the Old Bailey. The nation was gripped.

The defence produced 35 witnesses, including leading literary figures. One eyewitness described the trial as a “circus so hilarious, fascinating, tense and satisfying that none who sat through all its six days will ever forget them”. Penguin won the trail allowing publication of the unexpunged version of Lady Chatterley’s Lover. Britain would never be the same again.

Julie Myerson, the reviewer, columnist and author of fiction and non-fiction, was born in Sherwood, Nottingham in 1960. She grew up in several locations within the city and county and attended the Nottingham Girls’ High School. In her book Home (2004) the author recalls almost every Nottingham house she’d ever lived in.