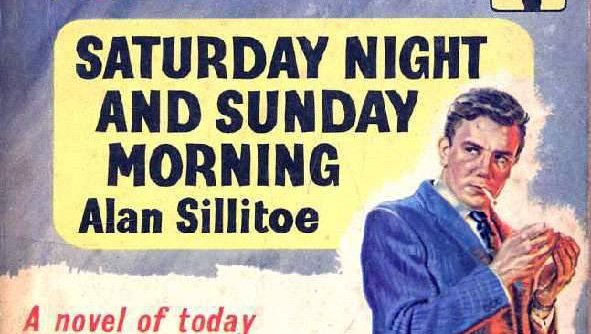 Nicholas Penny works his way up from the factory floor to a master in this gritty story of lace in the late Victorian Nottingham of which it is mostly set. Perhaps the best novel about our lace industry Penny Lace is insightful and authentically descriptive. Mr Penny’s uneasy relationships with his colleagues and competitors add conflict to the strong storyline. Driven by hatred he adopts new methods of working that can undercut his rivals, one such man is to become Penny’s father-in-law.

Penny Lace was republished by Bromley House Editions in 2010.

Nottingham Playhouse announced Val May as their new artistic director in 1957. He joined the Playhouse at an important time in its history as building work had already started on its new home. May was one of the busiest and most versatile directors of his generation, forging links between regional theatre and the West End. His productions included 11 premieres between ’57 and ’61. From here he revived Richard II at the London Old Vic and his Nottingham production of Celebration, an early Waterhouse-Hall kitchen-sink regional comedy, was later seen in London at the Duchess.

Saturday Night and Sunday Morning was written over seven years: some of the chapters originating from short stories, sketches and poems, all focusing on working class Nottingham and the Seaton family. Sillitoe portrayed ordinary people as he knew them and, in this book more than any other, he found his true voice. For twenty-two-year-old Arthur Seaton, a factory worker at Raleigh in Nottingham, life is one long battle with authority. After work is done Arthur becomes a hard-drinking, hard-fighting, hedonist, happy to bed married women and stuff the consequences. But following every Saturday night is a Sunday morning. Seaton aims to cheat the world before it can cheat him. He is unlikable and fascinating: as one reviewer put it, he ‘has the charm of a naughty dog’.

Alan Sillitoe’s debut became an instant classic. Critics said Sillitoe’s voice was more authentic than D H Lawrence’s but he never much valued the opinions of critics. He did, however, value the success of this novel which shifted over a million copies and brought him security which allowed a freedom to write throughout his life.

For it was Saturday night, the best and bingiest glad-time of the week, one of the fifty-two holidays in the slow-turning Big Wheel of the year, a violent preamble to a prostrate Sabbath. (from Saturday Night and Sunday Morning)

Nottingham’s Empire Theatre closed in this year. Many famous names treaded the boards here including Charlie Chaplin, Houdini, Lily Langtree, Arthur Askey, Tommy Trinder, Vera Lynn, Phillis Dixy, Laurel & Hardy, Buddy Holly, Billy Cotton & His Band, Eddie Calvert, Morecambe & Wise, Julie Andrews and Des O’Connor. It was at The Empire in 1954 that Ken Dodd made his first professional performance. In its later years weekly striptease shows appeared on the bill. The Theatre was closed by the Moss Empires chain in the June of ’58 with assurances that it would later re-open. Instead, the building was demolished.

The Loneliness of the Long-Distance Runner (1959) by Alan Sillitoe

This collection begins with the title story, a powerful work focusing on Smith, a working-class lad in Borstal. Back home his use for running might have been to get away from the police but he’s now on the road to bringing glory to the institution he finds himself in – or so his governor and gaffer think. Smith has other ideas. A rebel whose only honesty is to himself, Smith uses running as a time to think and reflect on his situation. At the heart of this story is the contempt the young man has for established authority. The Sunday Express said that ‘this story should be required reading for do-gooders and do-badders alike’.

You might think it a bit rare, having long-distance cross-country runners in Borstal, thinking that the first think a long-distance cross-country runner would do when they set him loose in the fields and woods would be to run as far away from the place as he could get on a bellyfull of Borstal slum-gullion – but you’re wrong, and I’ll tell you why. (from The Loneliness of the Long-Distance Runner)

In 1959 a twenty-three-year-old Brian Blessed performed at Nottingham Playhouse in Two For The See Saw. A year earlier Blessed had met Agatha Christie here while he was working on the set of Spider’s Web. Blessed recently recalled the occasion, ‘I’d just left drama school, I built the sets and all kinds of things, and one day I was on my own in the theatre and silhouetted against the doorway which led onto the street was this tall women. She told me “You can call me Clarissa, my favourite name”.’ (Clarissa was Christie’s middle name) Blessed added, ‘I spent a fortnight with Christie and she helped me with the play… And she took me all over Nottingham.’

Meanwhile at our Theatre Royal; one-time Nottingham resident Willis Hall’s play The Long And The Short And The Tall arrived at the theatre and starred a then little-known Cockney actor called Michael Caine. Caine had been Peter O’Toole’s understudy when the play had been in the West End but Caine took over for the national tour after O’Toole left to make Lawrence of Arabia.